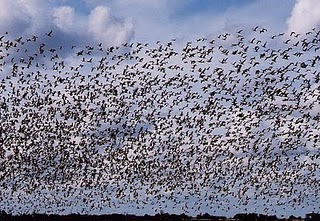 This week on Prophecy Update Radio, host Bill Salus interviews end times expert and evangelist, Gary Fisher. Gary is the founder of Lion of Judah Ministries and has discovered some interesting insights in the book of Ezekiel. Gary recently visited Israel and says he witnessed firsthand, the gathering of the birds described in Ezekiel 39:17-20.

Ezekiel predicted 2500 years ago that Russia and Iran would lead a 9 member strong confederacy into the Holy Land to invade Israel. Iran has just become a “nuclear state” and Iranian President, Mahmoud Ahmadinejad, has publicly declared his intentions to wipe Israel off of the map.

This coupled with ever strengthening Russian and Iranian national relations has eschatologists thinking this invasion will soon occur. These invaders will be divinely destroyed and the Ezekiel birds will partake in what the prophet declares will be a “sacrificial meal”.

In this timely interview, Bill and Gary sort through and properly align the prophecies described in Ezekiel’s chapters 36-39. Convincingly, they illustrate that the stage is clearly set for MIDEAST EVENTS TO ERUPT EXTREMELY SOON!

Listen Now to this insightful interview