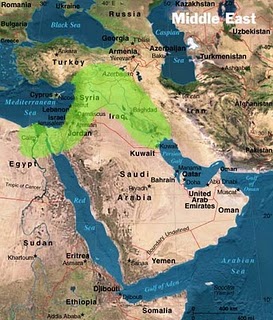 Presently, peace talks have hit a stalemate opening a window of opportunity for Iran to make its move on the Middle East. It is commonly understood in the region that the present Iranian regime seeks the formation of a Shiite Crescent starting with Lebanon and Syria that subsequently moves deeper into the Sunni Arab states of Jordan and Saudi Arabia. Iran has been building inseparable relations with Hezbollah and Syria and developing a nuclear program that should facilitate the Crescent’s formation in the foreseeable future.