Arguments Against a Muslim Antichrist 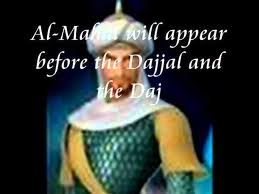 Troublesome times, filled with stage setting prophetic signs, have many concerned they live in the last generation. As such, many eschatologists field questions about the Antichrist whose reign of terror dominates the final generation.

Topping the list is the curiosity over his origin. Will he be a Jew, Gentile, Muslim, or perhaps a Supernatural being like the Nepilim in the ancient Days of Noah?

According to the majority consensus of several experts interviewed by Dr. David Reagan of Lamb and Lion Ministries, there doesn’t seem to be a Jewish bone in Antichrist’s body. Their views can be watched here or read in my blog article called “Is the Antichrist, a Jew, Gentile, or Supernatural.”

Additionally, those pondering the supernatural origins of the Antichrist comprise a minority thus far. In fact, the first time I had heard about it was in a radio interview I hosted with end time’s expert and co-founder of Rapture Ready, Terry James. During the Prophecy Update radio program Terry made a compelling argument for a supernatural Antichrist. This fascinating interview took place on November of 2010 and can be heard here.

In January 2009 I wrote an article called “Does Daniel Debunk the Assyrian Antichrist.” This article hit a sensitive nerve among those interested in the origin of the Antichrist and prompted 143 blogs, including many from author Joel Richardson of the bestselling book “The Islamic Antichrist.”

Dr. Reagan’s excellent article points out that Islamic eschatology also has an Antichrist called the Dajjal and that similarities between the Islamic Dajjal and biblical Antichrist exist. Muslim Antichrist advocates often use these similarities to argue their point. However, any similarities between the two are inadmissible due to the fact that Islamic scribes had several thousand years of previously recorded biblical prophecy available to them, which enabled them to fabricate the features of the Dajjal.

Summarized below are a few of the reasons I don’t believe the Antichrist will be a Muslim.

To hypothesize the Antichrist could be a Muslim, which is a relatively new paradigm shift in thinking, ignores the prophetic ramifications of Psalm 83, Ezekiel 38, and the first four seal judgments of Revelation 6:1-7. Prophetic insights written in Isralestine, The Ancient Blueprints of the Future Middle East, suggest Psalm 83, and possibly Ezekiel 38, appears to occur before the Antichrist rides in on the world stage as the “white horseman” of the apocalypse in Rev. 6:1.

As pointed out in the Psalm 83 and Ezekiel 38 arguments below, the fulfillment of both prophecies will negatively impact the religion of Islam. Therefore, by the time the Antichrist emerges, Islam should be undergoing a deepening crisis in faith thereby hindering any Muslim’s bid for world worship.

Psalm 83 is a confederation of ten predominately Muslim populations that will invade Israel to reclaim Palestine for the Palestinians. They will be decisively defeated by the Israeli Defense Forces as per Ezekiel 25:14, Obadiah 1:18, and elsewhere. This defeat will serve as a severe “punch to the gut” of the Islamic faith. Muslims worldwide will be shocked to witness today’s tiny Israel militarily overpower their present surrounding Arab foes.

In the aftermath of the I.D.F. victory of Psalm 83, the predominately Muslim nine-member coalition of invaders of Ezekiel 38:1-6 will make their bid to invade Israel to capture Israeli plunder and booty. We are informed in Ezekiel 38:18 – 39:6 that the invaders will meet their doom via the divine doings of the Lord rather than the I.D.F. The defeat of the Ezekiel invaders will be nothing less than a powerful “uppercut to the jawbone” of Islam.

In the aftermath of these two victories the downward slide of Allah will be observable as Muslims worldwide will become increasingly disenchanted with their Islamic faith. This is already occurring. Fueled by the Internet and social networks, many Mideast Muslim youths are looking beyond the confines of seventh-century Islam and state censored media for a brighter democratic future. Allah’s downward slide partially fulfills the prophecy in Zephaniah 2:11, which foretells the fall of all false gods.

These two Pre-Tribulation prophetic events, Psalm 83 and Ezekiel 38, should assure that Islam is both crippled and compromised by the time the predicted wars of Revelation 6 occur. These apocalyptic wars predict indiscriminate death and destruction worldwide putting Islam well within its sites. As a result, Islam should be “knocked out for the final ten – count” before the midpoint of the seven – year tribulation arrives.

In addition to the objections identified above, 2 Thessalonians 2:4 declares the Antichrist will someday have the audacity to declare himself as god. Such a declaration flies in the face of Islam’s primary tenet that “There is no god but Allah, and Muhammad is his prophet or messenger.” According to the prophecy the Antichrist opposes and exalts himself above all that is called God or that is worshiped, so that he sits as God in the temple of God, showing himself that he is God.

Once the Antichrist fulfills the 2 Thess. 2:4 prophecy a fatwa would certainly be issued to assassinate him if he was a Muslim. When this fact is pointed out to Muslim Antichrist advocates they often point out that Revelation 13:3-4 and Rev. 17:7-11 suggests the Antichrist will die. But, they argue these passages also suggest he will subsequently resurrect to rule the world.

The logical question then arises, “wouldn’t that prompt the issuance of another fatwa against his life?” In order to avoid an unending vicious cycle of fatwa, death, and resurrection they speculate that fatwa’s calling for the Antichrist’s death ultimately cease to be issued. Such a conclusion is difficult to support scripturally. Thus, the 2 Thessalonians argument also opposes the Muslim Antichrist theory.

Furthermore, attempts to identify a Muslim Antichrist often require historical revisionism and sensational newspaper exegesis. Historical revisionism occurs when Muslim Antichrist advocates discount Roman responsibility over the destruction of Jerusalem and the Jewish Temple. They teach Arab conscripts, even though they were subservient under Roman rule, did the dirty work. This argument is highly suspect and easily refuted. (Refer to the blogs here).

Newspaper exegesis occurs by focusing on Islam’s adversarial role in current Mideast events rather than appropriately ordering the Israeli war prophecies described in Psalm 83 and Ezekiel 38. Muslim Antichrist advocates attempt to give Islam longevity by conveniently incorporating these prophecies into the campaign of Armageddon.

It is commonly taught that the final Armageddon battle, whereby the Antichrist and his armies are defeated, occurs during the latter part of the seven-year Tribulation period. Many, including myself, believe the Psalm 83 and Ezekiel 38 prophecies occur independently from, and in advance of, the final Armageddon battle. Therefore as stated above, before Armageddon comes Islam will be “knocked out for the ten – count”

It appears humanity is about to witness the fulfillment of Psalm 83 followed by Ezekiel 38. These two powerful prophetic events should render Islamic eschatology, which has no Godly inspiration apart from that clumsily plagiarized out of the bible, useless. There will be a biblical Antichrist and he may be alive today. But, it is highly doubtful that he will be a Muslim.