Those Surrounding Israel To Be Devoured! 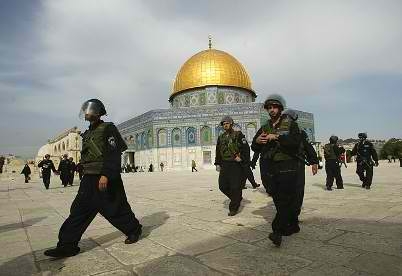 The prophet Zechariah informs us in chapter 12 that those peoples surrounding Israel, will someday be devoured by Israel. The key to understanding portions of his prophecy rests in recognizing the direct correlation between Zechariah 12:2 and Zechariah 12:6.

“Behold, I will make Jerusalem a cup of drunkenness to all the surrounding peoples, when they lay siege against Judah and Jerusalem. (Zec. 12:2, nkjv; emphasis added)

Someday Jerusalem becomes a cup of “raal” in the Hebrew, which is commonly translated as reeling, trembling, or drunkenness. This occurs when the surrounding peoples lay siege against both Judah and Jerusalem. This cup of “raal” should not be confused with the “heavy stone” classification of Jerusalem in the following passage.

And it shall happen in that day that I will make Jerusalem a very heavy stone for all peoples; all who would heave it away will surely be cut in pieces, though all nations of the earth are gathered against it. (Zec. 12:3, nkjv; emphasis added)

Jerusalem becomes a heavy stone for all peoples from all nations, rather than a cup of trembling to the surrounding peoples sharing common borders with Israel. Certainly, Jerusalem will feel like a burdensome stone, and a cup of trembling to Israel’s bordering nations when they lay siege upon Judah and Jerusalem, but the heavy stone application applies to a much broader worldwide audience.
Zechariah 12:6 informs us that the Israeli Defense Forces devour those sharing common borders with them like a fiery torch consumes sheaves or rows of fallen grain.

In that day I will make the governors of Judah like a firepan in the woodpile, and like a fiery torch in the sheaves; they shall devour all the surrounding peoples on the right hand and on the left, but Jerusalem shall be inhabited again in her own place—Jerusalem. (Zec. 12:6, nkjv; emphasis added)

The differing imageries of a cup of trembling, verses a burdensome stone, seems to represent different prophetic events. Although they are somewhat interrelated due to their connection with Jerusalem, the first event describes the I.D.F. causing their surrounding enemies to tremble because they retaliate against them for laying siege upon Judah and Jerusalem. As a result of a decisive I.D.F. victory, Jerusalem is inhabited again by Israelis.

Continued Israeli claims of exclusive sovereignty over Jerusalem meet with ongoing resistance throughout the world. From Joel 3:2, Psalm 2:1-3, and elsewhere, we realize Anti-Semitism spreads throughout the world and ultimately causes all peoples from all nations to assemble against Israel in the final stages of the Armageddon Campaign.

The main clues given to separate the two Jerusalem centered prophecies are:
1. The Surrounding Peoples,
2. The Fiery Torch,
3. The Heavy Stone.

The Surrounding Peoples – appears to identify those sharing common borders with Israel at the time Jerusalem becomes a cup of trembling. The Hebrew word used for the surrounding peoples is Sabiyb. This same word is used to describe the enemy Arab nations encircling Israel in Ezekiel 36:3, 4, and 7. It is doubtful Zechariah was loosely identifying all peoples from all nations by using this specific Hebrew word. If he was, why didn’t he repeat the same word again in Zec.12:3?

The Fiery Torch – The illustration of a torch devouring a swath of sheaves is a clear picture of a military conquest. Since it is the governors (also translated as clans or captains) of Judah that wield the torch, rather than the Lord single-handedly like in Isaiah 63:3 and Ezekiel 38:18-39:6, it must be regarded with a prophecy involving the Israeli military.

Ezekiel 25:14, Obadiah 1:18, Isaiah 11:13-14, Zephaniah 2:9, and elsewhere describe the Israeli Defense Forces in end time’s military action. However, the I.D.F. is not instrumental in Isaiah 63:3 or Ezekiel 38:18-39:6. These events involve the destruction of Israel’s enemies solely by the Lord. In Isaiah’s prophecy it is the Messiah that is “mighty to save,” that fights against the Antichrist and his armies. In Ezekiel’s account, it is the Lord that destroys the Ezekiel 38 invaders. In neither Isaiah’s, nor Ezekiel’s scenarios is the I.D.F. influential in the battle.

Thus, there must be at least three end time’s battles over Israel. Two of which the I.D.F. plays no decisive role whatsoever. If Zechariah 12:2 and 12:6, which both identifies surrounding peoples, is not part of Armageddon or Ezekiel’s Gog of Magog invasion, then what battle remains? The only logical conclusion is described in the Psalm 83 prophecy. The Psalm identifies the surrounding peoples sharing common borders with Israel that want to destroy Israel.

The Heavy Stone – although some allegorical correlation to the stone of Daniel 2:34-35, 45 could be made with Zechariah 12:3, the illustration appears to deal with disputed territory. Sovereign Israeli claims over Jerusalem become a burden to all peoples from all nations, and Jerusalem is pictured as an immovable stone. Due to its weight it can neither be heaved away nor cut into pieces to be removed fractionally. Even though the international community continuously attempts to heave it out of Israel’s real estate portfolio, it falls back in its same location injuring those attempting to cast it away.

The prophet Joel predicts this matter’s final resolution as an end time’s event occurring after the Jews return from the nations of the world into the reestablished State of Israel.

“For behold, in those days and at that time, When I bring back the captives of Judah and Jerusalem, I will also gather all nations, And bring them down to the Valley of Jehoshaphat; And I will enter into judgment with them there On account of My people, My heritage Israel, Whom they have scattered among the nations; They have also divided up My land. (Joel 3:1-2, nkjv)

The nations of the world are guilty of attempting to divide the land of Israel including Jerusalem. This is occurring now, and will probably continue to occur after the Psalm 83 conflict. Ultimately, the Lord gathers all the nations to do a final battle against the Jews, which appears to be when Zechariah 12:3 finds its final literal fulfillment. Partial geo-political fulfillment has been occurring since Israel was reestablished on May 14, 1948.