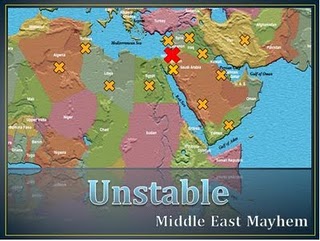 Following closely behind the 2010 pullout of American boots on the ground in Iraq, the first quarter of 2011 experienced an unprecedented period of Arab Protests. Even today’s top eschatologists are asking who opened up Pandora’s Box in the Middle East. Like California wildfires, these Arab protests have spread out of control across the region.

Chronologically ordering the protests, which have often morphed into revolts, helps achieve a greater understanding of where Mideast events could be heading. Read article now