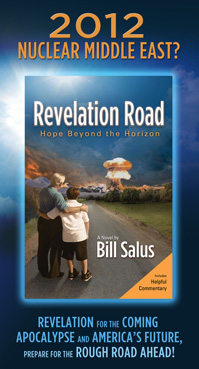 WILL DAMASCUS GET NUKED IN 2012? IS THE ARAB – ISRAELI WAR OF PSALM 83 IN PROCESS? These timely topics and more are explored from the PowerPoint presentation delivered at Calvary Chapel San Jacinto’s, “Understanding the Times,” Sunday night service. (March 25, 2012).

Much like the rebirth of the nation Israel was six-decades in the making; so is Psalm 83. The prophecy required three things; the existence of Israel, a league of Arab states, and a Arab hatred of the Jews. ALL THREE PREREQUISITES EXIST TODAY!

Open your Bibles to the prophecies revealed in Ezekiel 32 and 38, Jeremiah 49, Isaiah 17, Psalm 83, Amos 1, and more, as the prophecies that could come true in the very near future are explored exhaustively during this 40-minute video.