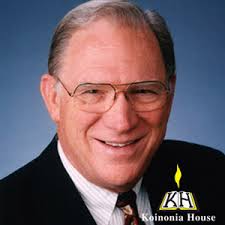 In a CNN TV interview the former news anchor of the CBS Evening News Dan Rather said, “He who lives by the crystal ball walks on a lot of broken glass.” This was Rather’s clever way of avoiding predicting the geopolitical future of Libya after its long-standing dictator Muammar Gaddafi had been assassinated on October 20, 2011.[1]

Since then, concerns about Libya’s future have been vastly overshadowed by Iran’s nuclear threat, Egypt’s civil unrest and Syria’s ongoing revolution, which in August 2013 reintroduced WMDs into the Middle East Theater. The use of chemical weapons on Syrian civilians crossed a red line that had been politically imposed by President Barack Obama a year prior. However, Obama’s red line turned out to be shaded in gray when chemical weapons were employed and Obama took no action.

Drawing nebulous man-made colored stripes across Mideast sands has become the norm in modern times. A green line was etched in 1949 as a line of demarcation between Israel and its Arab neighbors after the 1948 Israeli War of Independence. The United Nations established a blue line in 2000 to divide the borders between Israel and Lebanon. Addressing Israeli concerns about Iran’s advancing nuclear program at a 2012 U.N. General Assembly meeting, Prime Minister Benjamin Netanyahu displayed his red line before a world audience. Syrian President Bashar Assad issued a red line of warning against further attacks on his country emanating from Israel in 2013.

Far from painting a picture of rosy rainbows on Mideast horizons, these international streaks portray a stained history of a war-torn region with a bleak future. In the end analysis, the only line that matters is the bottom line, and clearing away the broken glass of a crystal ball is not the way to uncover it. According to several ancient Bible prophecies the coup de grâce for Syria is that, “Damascus will be destroyed and several major Syrian cities will be desolated,” paraphrasing the passages of one Hebrew prophet.[2]

That’s the bad news for Syria, but the good news is that there appears to be a remnant of Syrians that weather the apocalyptic storm, recognize that Jesus Christ is the Messiah, and thereby survive into the utopian Messianic kingdom. This coming kingdom was the high point of Old Testament prophecy and will last for one thousand years according to New Testament prophecy.[3]

The prophet Isaiah predicts that Damascus will someday cease to be a city.[4] Yet, he also declares in a separate prophecy that subsequently during the Millennial reign of Christ, Syria (under the likely banner of Assyria) will be a blessed Middle East nation alongside Israel and Egypt. Isaiah declares, “Blessed is Egypt My people, and Assyria the work of My hands, and Israel My inheritance.”[5]

A possible correlating prophecy presenting good news for future Syrians is contained in Isaiah 17:3, which informs that a residue of Syrians will be as the glory of the children of Israel. This suggests that after all the bad news that a surviving remainder of Syrians will coexist alongside the remnant of Israel. The “Faithful Remnant of Israel” is a prominent theme in end time’s Bible prophecy.[6]

When attempting to discern the Biblical predictions concerning Syria, it is important to note the following:

1.About the time of Isaiah’s ministry, which spanned between 740–701 B.C., Assyria encompassed much of modern-day Syria and Northern Iraq.

2.Although the name of Syria is directly derived from Assyria and the land was integrated into the Assyrian Empire at the time of Isaiah, Syrians in general maintain a separate Arab identity from the true descendants of the ancient Assyrians.[7]

3.Prior to the historic conquest of Damascus by Assyria in 732 B.C., much of today’s Syria was referred to as Aram and the indigenous peoples were called the Arameans.

The Coming News Headlines for Syria

Identified below is the probable chronological flow of several future Syrian prophecies. These predictions are pinpointed Scripturally, encapsulated into potential future news headlines, and exposited upon by the author. Before reading further, take the advice of Bible prophecy expert Chuck Missler and prepare to be like the Bereans in Acts 17:10–11. Open up your Bibles to search the Scriptures to see if you agree with the author’s interpretations below.

Amos 1:3–5 informs that Syria comes under divine judgment as a result of committing a fourth and final transgression against Israel. Some scholars suggest that the first three aggressions were previously fulfilled when Syria participated in the major Arab-Israeli wars of 1948, 1967, and 1973. If this is the case, then apparently a fourth assault is forthcoming that will result in the destruction of Damascus.

“The Arabs Unite Against Israel for a Final Battle”

The Biblical red line for Syria appears to be described in Psalm 83. In Psalm 83:8 Assyria enlists with nine other Arab populations in a confederacy that conspires to destroy the Jewish state and possess the Promised Land of Israel.[8] Psalm 83 was written about 3000 years ago when Assyria primarily encompassed modern-day Northern Syria and Northern Iraq.

“While the World Slept, Its Oldest City was Destroyed”

According to Isaiah 17:1 this judgment that appears to correlate with Amos 1:3–5, which was recorded about 20 years before Isaiah, reduces Damascus to rubble overnight.

The prophecy declares that Damascus utterly ceases from being a city! A more literal Hebrew translation is that it becomes a ruinous (mappalah) heap (mei). Damascus is the capital of Syria and is considered by some historians to be the oldest continuously inhabited city in recorded history.

Some Bible prophecy experts, like Dr. Mark Hitchcock, believe that this prophecy has already found final fulfillment in 732 B.C. when the Assyrian Empire conquered Damascus.[9] The problems with this historical assessment are as follows:

1. Isaiah mentions Assyria 37 times in his 66 chapters, but not once does he mention Assyria in Isaiah 17.

2. Damascus still exists today, which means it never ceased from being a city, which is what the prophecy specifies.

3. Jeremiah 49:23–27, which was written about a century after Isaiah 17, also predicts a future judgment against Damascus. Thus, if the Assyrians destroyed Damascus, then it would have to be rebuilt again in order for Jeremiah’s prophecy to find fulfillment.

4. Most importantly, Isaiah 17:9 seems to identify Israel, and not Assyria, as the culpable party for the destruction of Damascus. It is this verse that also informs us that Damascus is not the only major Syrian city that experiences desolation. The verse reads: “In that day his (Syria in the masculine pronoun) strong cities will be as a forsaken bough And an uppermost branch, Which they left because of the children of Israel; And there will be desolation.” (Isaiah 17:9, NKJV).

The last verse in Isaiah 17 predicts that the destruction of Damascus occurs in one night! This verse reads, “Then behold, at eventide, trouble! And before the morning, he (Damascus) is no more. This is the portion of those who plunder us, (Israel) And the lot of those who rob us.” (Isaiah 17:14, NKJV)

In addition to the destruction of Damascus, Jeremiah 49:23 declares that the ancient cities of Hamath and Arpad are put to shame. These two towns, mentioned dozens of times in the Bible, historically ranked among the more important cities of ancient Aram.

Therefore, when Isaiah 17:9 predicts Syria’s “strong cities will be as a forsaken bough and an uppermost branch,” we can presume from Jeremiah’s descriptions that the IDF’s retaliation against Syria will cause the abandonment of several other formidable “strong” Syrian cities.

“War Torn Syrians Embrace the God of the Bible”

As stated earlier, good news is yet in store for many Syrians. Several related prophecies suggest that a remnant of Assyrian and Aramean descendants will abandon Allah and embrace the one true God of the Bible. Isaiah 17:7 foretells that war-torn Syrians will have respect for the God of Israel.

In the context of the final Arab-Israeli war, Zephaniah 2:11 predicts the coming demise of Allah. The recognition of the God of the Bible by the Arabs is the prayerful petition of Psalm 83:18 which says: “That they may know that You (Jehovah), whose name alone is the LORD, Are the Most High over all the earth.”[10]

Greater detail about all of the above related prophecies concerning Syria can be found in my book available at www.prophecydepot.com called Psalm 83 – The Missing Prophecy Revealed. The book is also part of a “Coming Middle East Wars” four-pack that includes two DVDs and a CD.