A MESSAGE FOR THE PEOPLE OF GOD IN AMERICA! 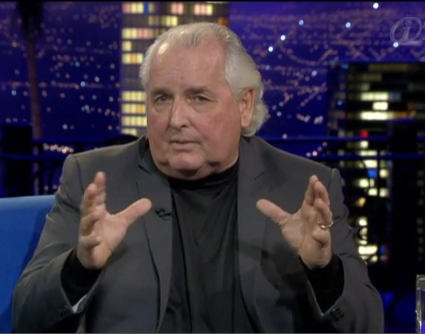 Is it time for the people of God in America to prepare for national judgment?

This post is my answer to an email question I got from my dear friend and Bible prophecy expert Gary Fisher of Lion of Judah Ministries. Gary’s question is below, followed by my response.

GARY FISHER:
Bill, There are prophecy teachers who have moved out of the U.S. Some are selling survival equipment and foods. etc. Seems like “survival” and “prepare” talk are getting more common. What would you recommend to Christians to “equip” for what is coming. Just curious.

BILL SALUS:
Brother Gary, it’s Interesting that you ask this question. One of my upcoming Prophecy in the News Summit presentations in Pike’s Peak, CO. (August 6-8, 2015), is entitled Preparing for the Coming Prophecies.

It’s time that Christians need to sink their teeth into the imminent prophecies. They need to understand them and then ask the Lord for protection, direction and opportunities to share the knowledge they glean from this process with others. It is knowledge that will help the people of God through the coming chaos. This knowledge is found in the Lord’s word, especially the prophetic word.

The Lord knew that some generation would need a lot of information, so He imparted it through the prophets ages ago. This is where believers have to start. They need the information that was intended to equip them for the days in which they live.

The focus needs to be on Christ in this country and not any of the current political leadership. Perhaps the Lord will lift a political hero up inside America, but I think it is too late, and that as a nation we are at a Jeremiah 7:16 point now. To my knowledge, no country or empire has ever crossed the ungodly lines that America has now crossed and ever reversed the trend. Ultimately, this type of national transgression has destroyed the nation.

My main presentation at the Pike’s Peak Summit is called the Future for Israel, Islam and America. This is a short title for the following; A greater and safer (Ezekiel 38) Israel is coming, and this will spell disaster for Islam and potential problems for America. Presently, the Lord is furious with Iran (Jer. 49:37). The smoke is steaming out of His nostrils. Any nation that stands in the way of the Lord right now is in serious trouble.

Israel is powerful in Ezekiel 38, after Psalm 83. America, as the young lions of Tarshish in Ezekiel 38:13, is a lesser nation than it is today. In the presentation I present several solid arguments for America’s identity in Ezek. 38. Also, the Hal Lindsey teaching that America must decrease as the Roman Empire revives, it duly noted in the presentation.

Whatever a nation does to Israel as it ascends into the greater and safer Israel of Ezekiel 38, is what the Lord will do to that nation. America is setting Israel up for destruction, the Arabs want a greater Palestine and the church has replaced Israel in their theology. The curse for curse in kind clause of Genesis 12:3 will be enacted swiftly at this point, because the greater and safer Israel is about to happen. 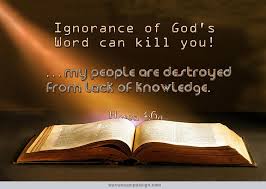 America will get beat up somehow, Greater Israel will replace the concept of any Palestine, and the church will be shown that it has not replaced Israel. In all three instances, the people of God will suffer if they lack the prophetic knowledge God gave them for these days.

It appears to be time for the people of God in America to prepare for national judgment! I believe that America has passed the point of having a Nineveh moment of national repentance, and therefore 2 Chronicles 7:14 doesn’t apply. If we are in the spiritual condition of Jer. 7:16, then a Hosea 4:6 scenario will appear on the horizon!

That’s my story and I’m sticking to it!
Blessings…Brother Bill