Will Americans Perish from Lack of Prophetic Knowledge?

This article was written for the Prophecy in the News magazine (November, 2015 issue). 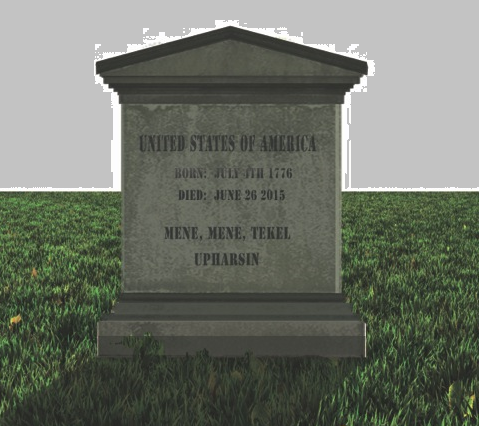 “My people perish from lack of knowledge.” (Hosea 4:6)

Throughout history, nations and empires have been judged and destroyed for transgressing biblically defined moral and spiritual boundaries! Boundaries such as:

• SEXUAL PERVERSION, like that of Sodom and Gomorrah at the time of Abraham around 2000 BC.

• IDOL WORSHIP that in its worst conditions led to child sacrifice, which resulted in the destruction of the Northern Kingdom of Israel in 722 BC.

• WICKEDNESS AND MORAL DECADENCE, which caused the destruction of the Assyrian empire about 612 BC by the Babylonians and Medes.

• ANTI-SEMITISM, which led to the destruction of the Egyptian army at the time of Moses about 3500 BC.

In every instance the destructions caused unbearable sufferings and hardships to everyone, including believers in God and unbelievers that did not heed the prophetic warnings given in advance by the Hebrew prophets.

America is in the Danger Zone

Over the past fifty years, America has crossed all of these dangerous biblical boundaries:

• 1962 – Engel v. Vitale: the removal of Prayer in public schools by the Supreme Court.

• 2013 – United States v. Windsor: the case that the Supreme Court struck down the Defense of Marriage Act (DOMA). DOMA stated that one man should be married to one woman. DOMA was biblically supported according to Genesis 2:24, “Therefore a man shall leave his father and mother and be joined to his wife, and they shall become one flesh.”

• 2015 – Obergefell v. Hodges: the Supreme Court case that ruled in favor of Same Sex Marriages, which is unbiblical according to Romans 1:27 and elsewhere.

• 2015 – The present White House Administration has turned its back on Israel. Obama believes the Iran nuclear deal is good, but Israeli Prime Minister Netanyahu believes it’s the worst deal imaginable.

The Lord has provided ample warnings to Americans that the country is headed for destruction. These forewarnings have come in the forms of remedial judgments, prophetic voices, and ultimately by giving them the ungodly leaders they deserve. For instance, U.S. President Barack Hussein Obama is the most pro-abortion, pro-homosexual, and anti-Israel president in America’s history! The fact that he was reelected for a second term evidences the spiritual and moral bankruptcy of the nation!

Presently, many people are heeding these God-given harbingers by either prepping in America for hard times, or departing from America for safer countries. In these titanic times, they don’t want to sink with the American ship. Presently, I don’t plan on leaving the country, but there are certain circumstances when that is a wise option. A few examples are listed below.

In the past;
• Genesis 7:7-24 – Noah and his family boarded the ark to escape the flood that was coming upon the earth.

• Genesis 19:15-17 – Lot and his family evacuated out of Sodom, before the destruction of Sodom and Gomorrah.

In the present;
• Isaiah 17:1 – Damascus is predicted to be destroyed and non-existent in the future. This prophecy seems to be nearing its fulfillment. In my estimation it is presently advisable to depart from Damascus in advance of its desolation, which according to Isaiah 17:9, 14 happens overnight and is caused by the Israeli Defense Forces (I.D.F.).

• Jeremiah 49:34-39 – Iran (Elam) is going to experience a disaster that will force mass evacuation from the area. The details of the prophecy suggest that it is a nuclear disaster resulting in a humanitarian crisis. In light of the high probability that the I.D.F. is going to strike Iran’s nuclear program soon, it would be wise to vacate from the territory now, before the calamity occurs.

In the future;
• Matthew 24:15-19 – Christ warns the Jews that in the middle of the 7-year Tribulation Period, to flee immediately from Jerusalem when they witness the Antichrist desecrating their third temple. This event triggers the final genocidal attempt of the Jews, which Zechariah 13:8 warns will lead to the killing of two-thirds of the Jewish population in the land of Israel. The advisable anticipatory move for all Jews living there at that time is to seek safety far in advance of this predicted event.

STAY ALIVE OR STRUGGLE TO SURVIVE

In the cases of the present and future prophetic scenarios, people can leave or prep now while they are alive, or struggle to exist in the harsh circumstances afterward should they survive. Unfortunately, not everyone has the financial wherewithal to leave now, so they could prepare a layered exit strategy. Perhaps they have friends or family living out of harm’s way that they can make advanced preparations to go to in the event of an emergency. Also, everyone should maintain active passports in case they are confronted with a crisis that causes them to flee across international borders.

SHOULD AMERICANS STILL HOPE IN 2 CHRONICLES 7:14?

Over the past several decades many Christians have been sounding the 2 Chronicles 7:14 warning throughout America, which reads;

“If My people who are called by My name will humble themselves, and pray and seek My face, and turn from their wicked ways, then I will hear from heaven, and will forgive their sin and heal their land.”(1)

Although these verses dealt with the Lord’s response to King Solomon’s petition for the protection of the nation of Israel, the hope was that they could also find application in America. The reasoning was that if American Christians would humble themselves, pray, turn away from evil and seek the Lord that they could bring God’s favor upon their nation.

Whether or not this presumption was correct, it does not appear to be working presently in the USA. The sobering reality is that, while the 2 Chronicles mantra was being echoed throughout the nation, the Lord was issuing remedial judgments that a majority of Americans and their leaders have continued to ignore. 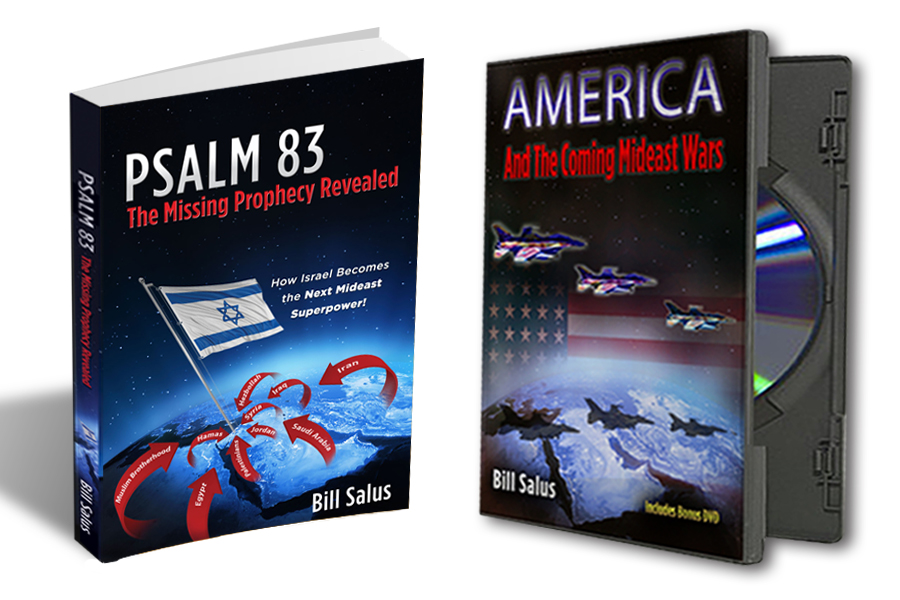 (CLICK HERE TO PICK UP YOUR COPY OF THE PSALM 83 BOOK AND AMERICA AND THE COMING MIDEAST WARS TO LEARN MORE ABOUT THE FUTURES OF ISRAEL, AMERICA, IRAN AND THE ARAB STATES).

CAN AMERICA STILL HAVE A NINEVEH MOMENT?

Nineveh, the capital city of the Assyrian empire was ultimately destroyed around 612 BC, however, the empire had become exceedingly evil long before it came to its end. At the height of its wickedness, the Lord sent the prophet Jonah to warn of its impending destruction. Jonah’s message was well received and its leaders and the city repented and received a stay of execution. Jonah 3:10 says,

“Then God saw their works, that they turned from their evil way; and God relented from the disaster that He had said He would bring upon them, and He did not do it.”

Is it possible that this historical example could be repeated in America? Could America receive a similar pardon from the Lord? The answer is absolutely, but the Lord does not issue “get out of jail free” cards like in the game of Monopoly. America must repent in order for the Lord to relent from destroying the nation.

IS AMERICA HAVING A JEREMIAH 7:16 MOMENT?

A nation can reach a point of no return, when the Lord determines that its destruction cannot be averted. This happened to the Southern Kingdom of Judah about 2700 years ago during the time of the Hebrew prophet Jeremiah. Three times he was essentially told not to waste time praying for the people of Judah. (2)

“Therefore do not pray for this people, nor lift up a cry or prayer for them, nor make intercession to Me; for I will not hear you. Do you not see what they do in the cities of Judah and in the streets of Jerusalem?” (Jer. 7:16)

After Jeremiah received his instruction not to pray for the people of Judah, he forewarned them of their forthcoming judgment. The people would be deported for seventy years into Babylonian captivity and the land would remain desolate during that period. (3)

In His foreknowledge, the Lord knew that Judah would not have a Nineveh or 2 Chronicles 7:14 moment. If Judah would have repented, the Lord would certainly have relented from judgment. The question for Americans to ask is; does America have a national repentance forthcoming in the near future? Only God, who knows the end from the beginning, knows! (4)

IS AMERICA APPROACHING A HOSEA 4:6 MOMENT?

If America, like Judah, has passed the point of no return and has no national repentance in store for its future, then Americans need to prepare for a Hosea 4:6 moment. Hosea warned the Northern Kingdom of Israel that it would be destroyed. This destruction was caused by the Assyrian empire and occurred in 722 B.C.

Hosea urged his fellow Israelites beforehand to become informed so that they could get prepared for the forthcoming destruction. Prophetic information about the destruction of the Northern Kingdom of Israel was abundantly available, not only from his teachings, but also those of the prophets Amos, Isaiah and others. It was not the Lord’s fault if His people didn’t get the memo.

Hosea 4:1 informs that his message of judgment was for all the inhabitants of Israel, whether they had faith in God or not. Hosea 4:14 warned that everyone, believers and unbelievers, who lacked understanding were going to be trampled, which means those who possessed prophetic awareness could prepare in advance.

Hosea 4:6 says, “My people are destroyed for lack of knowledge. Because you have rejected knowledge, I also will reject you…” Since the terrorist attacks of September 11, 2001, the Lord has been warning Americans about the dangers that lie ahead, but are they rejecting those warnings? If so, then as Hosea says, the Lord will reject them.

NO SUBSTITUTE; LEARN THE PROPHETIC WORD OF GOD!

It’s high time that Christians sink their teeth into the imminent prophecies of the Bible. They need to understand them and then ask the Lord for protection, direction and opportunities to share the knowledge they glean from this process with others. It is knowledge that will help the people of God through the coming chaos. This knowledge is found in the prophetic word of God.

The Lord foreknew that the final generation would need lots of relevant information in order to live intelligent lives during the turbulent end times. As such, He imparted a plethora of prophetic knowledge ages ago through Christ, the apostles and the Hebrew prophets. This is where believers have to start. They need the information that was intended to equip them for the days in which they live. If this is the final generation, there is more written in the Bible about it than any other generation throughout history.