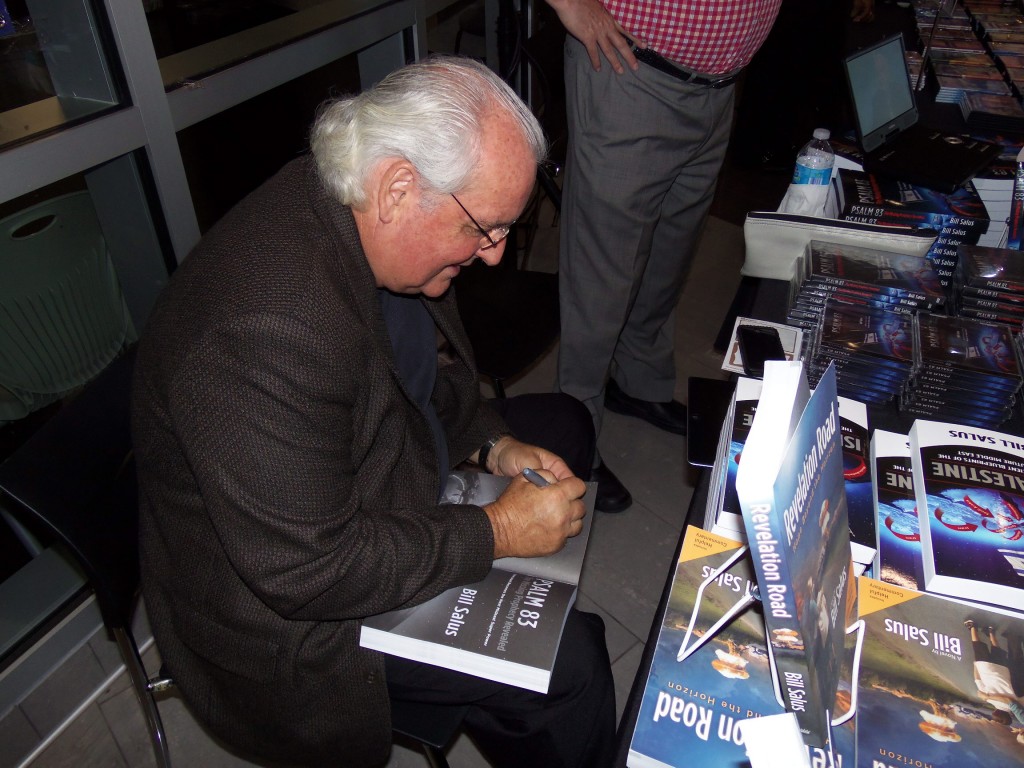 Recently, Bill was asked to provide some of his quotes about Bible prophecy for a media promotional spot. The promo is for the special summer summit throughout the month of July, called “Bible Prophecy in the Pass.” This event will feature four separate prophecy messages taught by Bill Salus at Calvary Chapel Grants Pass on July 9,16,23 and 30, 2017.

Below are the quotes that were provided.

1.  “Ancient biblical predictions are about to roll off their parchments and pound down on the pavement packing a powerful punch. Some of these prophecies could happen during the Donald Trump presidency and they will affect Americans because end times Bible prophecies are globally impacting!”

2.   “Bible Prophecy is invaluable predictive information provided by a loving God with 100% accuracy that is intended to:

*          One – Authenticate God’s sovereignty, because only He can declare the end from the beginning.

****    Four and most importantly – Save Souls! Yes, Save Souls because Bible prophecy is a great evangelical witnessing tool.”

3.   “Revelation is one of God’s greatest gifts for the final generation. There is more information provided in the Bible for the last generation than any other generation that ever lived, including the one alive at the time of Jesus Christ’s first coming.”

4.   “The last days is a central theme in the Bible. The Holy Scriptures refer to it as the latter days, latter years or the time of the end. The primary indicator that we are living deep into the last days, is that all the end times signs are converging. There is no weapon not fashioned, technology not developed or national relationship not yet formed, that could prevent the final prophecies from finding their fulfillment soon and sequentially!”

5.    “The mainstream news media only provides the secular worldview about current world events, but the Christian has the biblical narrative and the prophetic perspective to glean from. Whereas, the unbeliever can only guess about the future, the Bible believing Christian can know it with certainty!”

6.   “Bible prophecy is not just for the scholarly, but for every man, woman and child. The primary goal of prophecy is to inform us, rather than impress us. God is not someone with too much time on His hands; He is the one who holds all time in His hands. This enables Him to share and declare the end from the beginning. His plan is to pronounce hope, rather than announce harm. However, He won’t denounce truth when He foreknows it’s about to overtake the world. How God knows what He knows, only He knows. But, we can be thankful that He does, and that He is willing to share His knowledge with us. God so loves us that he wants us to know what’s headed our way. And, in turn, our natural response should be to worship him for caring. Revelation 19:10 says, Worship God! For the testimony of Jesus, is the spirit of prophecy.”