Part Two: Jerusalem a Cup of Drunkenness to the Arabs 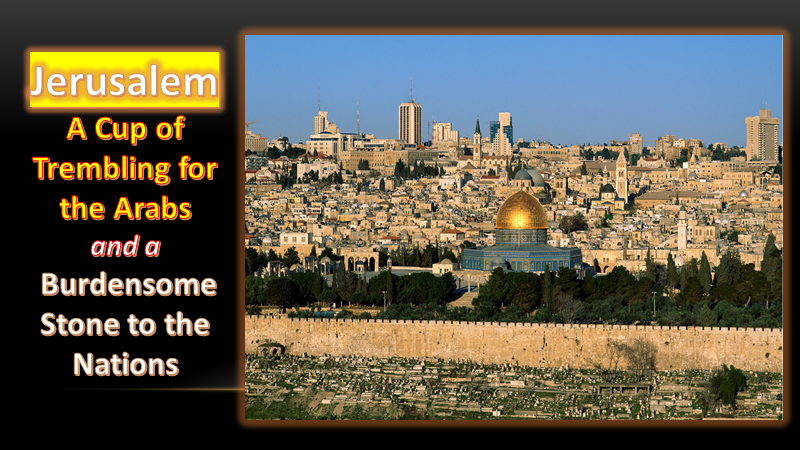 In Part one of this two-part study, Jerusalem was explained to be a burdensome stone to the nations. Part one called, “Jerusalem A Burden to the Nations,” is linked here:

Part two will address what happens to the surrounding Muslim nations in Zechariah 12:2. These Arab states falsely and forcibly contest Israel’s biblically endorsed sovereignty over Judah and Jerusalem.

“Behold, I will make Jerusalem a cup of drunkenness, (or trembling), to all the surrounding (Arab) peoples, (on the right hand and on the left), when they lay siege against Judah and Jerusalem.” (Zec. 12:2, NKJV; emphasis added)

Part two explains how land for peace diplomacy will fail and a Mideast war will prevail. This war will combine supernatural intervention, which will disable the Arab nations ability to wage war and enable the IDF to win this war! This is all prophesied in Zechariah 12:2, 4-6 and explained within this article. This article also identifies the connections between Zechariah 12:1-6 and the Psalm 83 prophecy. 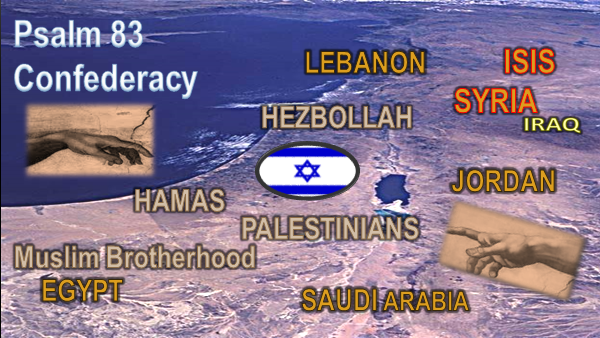 “In that day, says the LORD, “I will strike every horse with confusion, and its rider with madness; I will open My eyes on the house of Judah, and will strike every horse of the peoples with blindness. And the governors of Judah shall say in their heart, ‘The inhabitants of Jerusalem are my strength in the LORD of hosts, their God.’ In that day I will make the governors of Judah like a firepan in the woodpile, and like a fiery torch in the sheaves; they shall devour all the surrounding peoples on the right hand and on the left, but Jerusalem shall be inhabited again in her own place—Jerusalem.”