The Futures for Israel, Iran and the Arab States 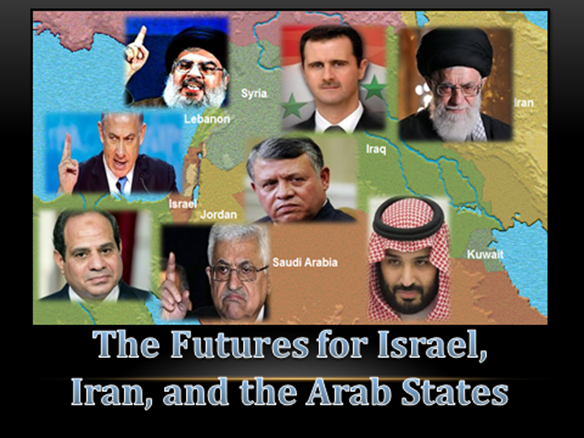 This YouTube teaching video below by Bill Salus is entitled, “THE FUTURES FOR ISRAEL IRAN AND THE ARAB STATES.”

It seems like whenever Iran, Syria, Hezbollah, the Hamas, the Houthis or the Palestinians are in the news, that some prophecy teachers say get ready because Ezekiel 38 is about to happen. For example, at this link the popular prophecy teacher named, Amir Tsarfati, emphatically teaches that Israel is presently dwelling securely, which is a prerequisite condition of Ezekiel 38:7-13. However, he qualifies this condition as temporarily being, “A Calm Before the Storm,” which is a reference to Ezekiel 38:9. Tsarfati goes so far as to state that he, being a spirit-filled, born-again, Israeli sees the conditions existing now in Israel that Ezekiel saw in his mind when the prophet issued the Ezekiel 38 prophecy over 2500 years ago.

However, is this an accurate assessment of Israel’s present existence? There are many other prophecies concerning the Arabs and Iranians that could find fulfillment prior to Ezekiel 38. Are you familiar with the potential nuclear prophecy of Iran that precedes Ezekiel 38, which is described in Jeremiah 49:34-39? Does Iran’s nuclear program get destroyed before Ezekiel 38 as a result of this Jeremiah prophecy?

What about the apparent reference to the destruction of the Palestinians and Hamas in Ezekiel 25:12-17? How about the toppling of Jordan? Some people say that Jordan’s peace agreement with Israel evidences that Psalm 83 has already found fulfillment. However, in Jeremiah 49:2 and Zephaniah 2:8-9 Jordan is defeated in a war by the IDF. These Jordanian related prophecies predict that Israel will take over substantial territories within Jordan, which means that they have not found fulfillment yet. Also, who are the surrounding Arab countries, in addition to Jordan, that get wiped out by the IDF in Zechariah 12:4-6? Watch this teaching video below to learn about these and many more related Bible prophecies.