Is Amir Tsarfati Correct About the Timing of Ezekiel 38?

This Psalm 83 TV show below explains why Gary Stearman of Prophecy Watchers and Bill Salus of Prophecy Depot Ministries believe that Psalm 83 could be describing the next epic Middle East war to happen.

Bible prophecy teacher and YouTube sensation Amir Tsarfati believes the next major Mideast Bible prophecy to be watching for is described in Ezekiel 38. He believes that the Psalm 83 prophecy has already found fulfillment. Bill Salus challenged him to debate this matter, but Tsarfati respectfully declined. 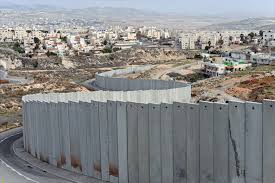 In Tsarfati’s, “Calm Before the Storm” video, he quite confidently makes several statements about the timing of the Psalm 83 and Ezekiel 38 prophecies. As you read his quotes, keep in mind that Tsarfati must be insinuating that Israel is presently dwelling securely, without walls, bars and gates, which is a prerequisite condition found in Ezekiel 38:11, which states,

You, (alluding to Gog, the leader of the Ezekiel invaders), will say, ‘I will go up against a land, (alluding to Israel), of unwalled villages; I will go to a peaceful people, who dwell safely, all of them dwelling without walls, and having neither bars nor gates’

Amir quotes Acts 17:30-31 and then says, ‘The times of ignorance has ended. “In the Church people are into the politics of scaring people.”… (They say)… “There’s a war coming, a war coming”…

“Instead of understanding that, God is actually giving us right now, (in Israel), a time of peace. A time when it’s calm and it’s really a calm before the storm.”

“You know, Satan tries to scare people…If you’re withdrawing from Iran, there will be a world war. They are scaring everyone. Politicians are masters at it.”

“Politicians try to scare people, but unfortunately people within the church are trying to do the same thing… A war is coming and so many within the church suggest that, that which is written in Psalm 83 is about to take place. Israel will be attacked from all around. Just get ready, then they quote the Jerusalem Post that says that all the reserves are around the border, but I’m there and I don’t know what they are talking about…”…“You know even newspapers,(alluding to the Jerusalem Post), can be wrong.”

“It breaks my heart because of instead of understanding that it’s important to embrace that time of peace right now, for a reason for a season… we’re always thinking about war.”

“Psalm 83 is a Psalm that speaks about all the countries right around Israel, all those who border with Israel, and they come against Israel to destroy it.”…(they say), “Let us cut them off from being a nation, that the name of Israel will be remembered no more.” And, then the Bible gives us their names, and you know, half of them either don’t exist anymore, or they have peace with Israel.”

Note: In the past Amir Tsarfati has stated publicly that Psalm 83 was fulfilled in the Arab-Israeli war of 1948. This beckons the question, “WHICH OF THE PSALM 83 COUNTRIES NO LONGER EXIST AS A RESULT OF, OR AFTER, THE ARAB-ISRAELI WAR OF 1948”?

“Like Jordan and like Egypt and you know what? It goes all the way to the Saudi(s) and the Gulf States that are right now, not talking war, but are talking peace with Israel.”

Question: Are the countries of Lebanon and Syria, which share borders with Israel, not a dangerous war threat to Israel? Hezbollah has approximately 150,000 missiles in Lebanon pointed at Israel. Syria still has chemical weapons. What about the Palestinians in the West Bank and the Hamas in the Gaza, which is located on Israel’s Southwest coastal border, are the peoples within these territories not also a war concern of Israel’s?

“Such as Russia, such as Turkey, such as Iran, such as Sudan, such as Libya”… “These don’t have borders with Israel, they never tasted the taste of defeat, not defeat from Israel, but defeat from the Lord. The Keeper of Israel.”

“Some people are trying to scare people from coming to Israel“… “Ladies and Gentlemen, We (Israelis) have never had it more peaceful than we have it today.”

“You need to understand that it’s not Israel, but the way God fought for Israel that convinced those big countries around us that there’s no point in fighting us.”

Question: Is that the thinking of Saudi Arabia presently, or are they temporarily befriending Israel because “the enemy (Israel) of my enemy (Iran) is my friend?”

“We really don’t need a treaty right now to have peace in the Middle East to have peace and that prosperity.” “TREATIES IN THE MIDDLE EAST AREN’T WORTH MUCH.”

Comment: Amir makes conflicting statments in this video. He initially states that Psalm 83 can’t occur because, “Half of the nations don’t exist anymore, or they have peace with Israel.” Then he states that, “Treaties in the Middle East aren’t worth much.” If so, deductive reasoning tells us you can’t have it both ways. Bill Salus has been arguing for some time that these peace treaties are paper thin and won’t ultimately pose an obstacle to the fulfillment of Psalm 83.

“A real war in the Middle East, is not a few rockets from Gaza, or a few rockets from Hezbollah. That’s not a real war… A war is when military powers from huge powers are coming together, the Bible describes it as a huge cloud that covers… like a storm… That’s why I call it the calm before the storm.”

Observation: A Jerusalem Post article on 2/19/18, discusses a future war between Hezbollah and Israel. The article is linked HERE, and states the following: “Some analysts estimate there may be as many as 1,500 to 2,000 rockets fired into Israel daily during the next (Lebanon) war, compared with about 130-180 per day during the Second Lebanon War. “

For more reasons as to why Ezekiel 38 may not be as near to its fulfillment as Amir Tsarfati suggests, read the article below.

IRAN is in Ezekiel 38, but why NOT their PROXIES?
Why are Syria, Hezbollah, Hamas and the Houthis MISSING IN ACTION?