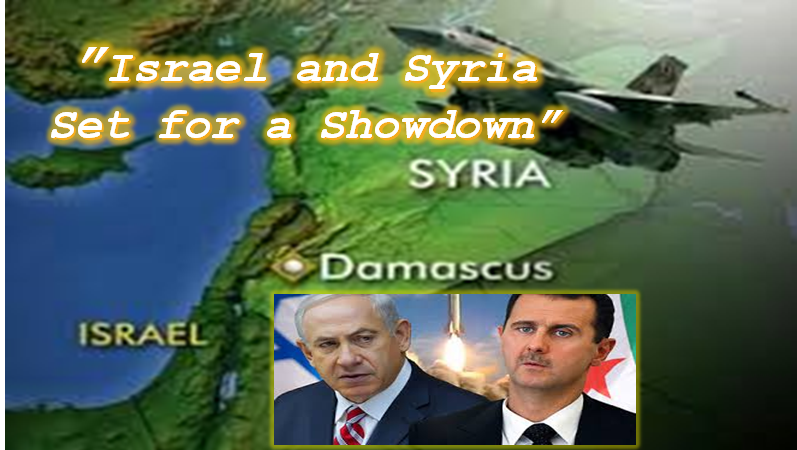 As the Syrian civil war winds down and President Bashar Al-Assad remains in power, what’s next for Syria? Is it payback time against Israel for conducting repeated air strikes over the past few years on Syrian soil?

Now possessing powerful alliances with Russia, Iran and Hezbollah, Syria is fighting back against Israel’s aggression. On February 10, 2018, an Israeli F-16 was shot down by the Syrian Air Defense Force after conducting an air raid on Iranian-backed positions inside Syria. Does this set the stage for the fulfillment of the Isaiah and Jeremiah prophecies concerning the doom of Damascus.

Over the seven-year span of the Syrian revolution, which began on March 11, 2011, the Isaiah 17 prophecy, concerning the destruction of Damascus has been the topic of much prophetic discussion. Prophecy buffs have been asking:

1.) Has this prophecy already been fulfilled?
2.) Who is responsible for the destruction of Damascus?
3.) How quickly will it happen?
4.) When will it happen?
5.) What is the scope of the devastation? 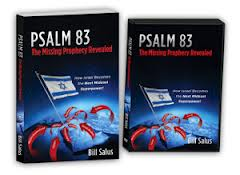 Some prophecy teachers, like Dr. Mark Hitchcock, believe this prophecy already found fulfillment around 732 BC, when Damascus was destroyed by the Assyrians under Tiglath-pileser.(1)

But if it was fulfilled then, why did Jeremiah 49:23-27 predict a similar scenario about a century later? And, why did Isaiah mention Assyria 37 times throughout his 66 chapters, but never once mention it in Isaiah 17. For instance, Isaiah 8:3-7 clearly identifies an Assyrian conquest of Damascus. This found fulfillment in Isaiah’s lifetime, but Damascus still exists today.

Three passages in Isaiah 17 deposit important details about who destroys Damascus and how quickly the city is toppled.

1.) The burden against Damascus. “Behold, Damascus will cease from being a city, And it will be a ruinous heap.” (Isaiah 17:1)

2.) In that day his [Damascus] strong cities will be as a forsaken bough And an uppermost branch, Which they left because of the children of Israel; And there will be desolation. (Isaiah 17:9)

3.) Then behold, at eventide, trouble! And [overnight] before the morning, he is no more. This is the portion of those who plunder us, [Israel] And the lot of those who rob us. (Isaiah 17:14)

Isaiah 17:1, 9, and 14, teach that Damascus will someday be reduced to a heap of rubble (verse 1) overnight, between some sunset and sunrise, because Damascus attempts to “plunder” and “rob” “the children of Israel,” (verse 14) who in return retaliate (verse 9). The reason for the destruction of Damascus is because Syria will be guilty of plundering and pillaging Israel.

The Isaiah 17:9 verse informs us that Syrians from “strong cities” are displaced. Isaiah predicts that Syrian cities, plural, will be as “a forsaken bough and an uppermost branch.” The bough of a tree is directly connected to its trunk, which implies that cities near Damascus are abandoned, but the uppermost branch reference suggests that cities in Northern Syria are also deserted. This probability is further addressed below in Jeremiah 49:23 concerning Hamath and Arpad.

Against Damascus [southern Syria]. “Hamath [northern Syria] and Arpad [northern Syria] are shamed, For they have heard bad news. They are fainthearted; There is trouble on the [Mediterranean] sea; It cannot be quiet. Damascus has grown feeble; She turns to flee [Syrian refugees], And fear has seized her. Anguish and sorrows have taken her like a woman in labor. Why is the city of praise [Jerusalem] not deserted, the city of My joy? Therefore her young men shall fall in her streets [Syrian civilian casualties], And all the men of war shall be cut off in that day [Syrian military casualties],” says the LORD of hosts. “I will kindle a fire in the wall of Damascus, And it shall consume the palaces of Ben-Hadad [Syrian capital buildings].” (Jeremiah 49:23-27).

Jeremiah points out that events inside Syria digress dramatically from bad to worse. The following tabulated bullet points below illustrate the gloomy destiny awaiting Damascus;

1. Bad News – becomes fainthearted,
2. There is trouble on the sea; It cannot be quiet,
3. The city has grown feeble,
4. She turns to flee,
5. Fear has seized her, like a woman in labor,
6. Her young men shall fall in her streets, (resulting in civilian casualties),
7. All the men of war shall be cut off, (resulting in military casualties and defeat),
8. The Lord will kindle a fire and consume the palaces of Ben Hadad.

By connecting Jeremiah’s passage to Isaiah’s, we seem to get a grander picture surrounding the destruction of Damascus. Although some expositors teach that Jeremiah 49:23-27 found fulfillment during Jeremiah’s time through the Babylonian conquest over Damascus, clues in Jeremiah’s passage suggests otherwise. For instance, Jeremiah asks Damascus, “Why is the city of praise not deserted, the city of My joy?” This alludes to Jerusalem, which was destroyed and deserted during Jeremiah’s lifetime. Therefore, Jeremiah’s rhetorical question to Damascus about Jerusalem would prove pointless at the time.

Conversely, Jeremiah’s passage makes complete sense when aligned with Isaiah 17. For instance, Hamath and Arpad, two northern Syrian locations, are shamed because they receive troubling news. They become distressed along with Damascus, because they are apparently all about to become battle zones. 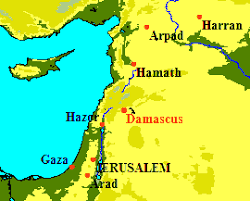 These ancient cites, mentioned dozens of times in the Bible, historically ranked among the more important cities of ancient Aram, which includes much of modern-day Syria. Hamath is approximately 120 miles north of Damascus, and Arpad over 200 miles northeast of Damascus, about twenty-five miles north of today’s Aleppo. Therefore, when Isaiah 17:9 predicts Syria’s “strong cities will be as a forsaken bough And an uppermost branch,” we presume from Jeremiah’s descriptions the IDF’s retaliation against Syria will cause the abandonment of several formidable “strong” Syrian cities in addition to Damascus. (map from this website: https://bible.gen.nz/amos/places/damascus.htm)

The trouble on the disquieted sea could be interpreted as a literal threat today, since Israel supposedly has nuclear weapons concealed in Dolphin class submarines off the Middle East coastline of the Mediterranean Sea. Perhaps some submarine launched missiles containing nuclear warheads could be launched toward Damascus by Israel from the Mediterranean. Could this be why Jeremiah says Damascus is seized by fear, grows feeble, and turns to flee as if anguished like a woman in labor? Is this why “young men shall fall in her streets, And all the men of war shall be cut off and the military defeated in that day?”

Notice Jeremiah predicts all the men of war, not a just a few troops, will be destroyed in this coming war. According to a January 22, 2018, Times of Israel article, Syrian forces presently include Russian, Iranian and Lebanese troops along with Shiite militias being trained by Syria, Iran and Hezbollah.

Shiite fighters on the Golan ‘will not stop at Syria,’ an opposition commander tells The Times of Israel…(2)

THREATS OF ANOTHER ISRAELI-SYRIAN WAR ARE NOT NEW

Syria is among the Arab countries that refuses to recognize Israel’s right to exist. They fought against Israel in 1948, 1967, and 1973. Unlike Jordan and Egypt, Syria has refused to make peace with Israel because it wants the Golan Heights returned, which Israel captured in 1967. Technically Syria is still at war with Israel and tensions between the two countries always remain high.

On September 6, 2007, Israel attacked a suspected nuclear reactor in the Deir ez-Zor region of Syria as part of Operation Orchard. Threats and rumors of war have characterized the standoff between the two countries. In an interview with BBC TV on June 17, 2010, Syrian president Assad accused the reigning Israeli administration of Benjamin Netanyahu of being a “pyromaniac government,” and stated that there was no way to achieve peace with such a government.(4)

A few months prior, in February of 2010, Israel’s blunt-talking former foreign minister, now Defense Minister, Avigdor Lieberman, warned Syria’s president, Bashar al-Assad, that the Assad family would lose power in any war with Israel. In a speech at Bar-Ilan University, near Tel Aviv, Mr. Lieberman said: “I think that our message must be clear to Assad. In the next war, not only will you lose, you and your family will lose the regime. Neither you will remain in power, nor the Assad family.”(5)

A few other alarming headlines that have appeared while the Syrian civil war was occurring are below.