A PROPHETIC PERSPECTIVE OF THE HAMAS – ISRAELI WAR 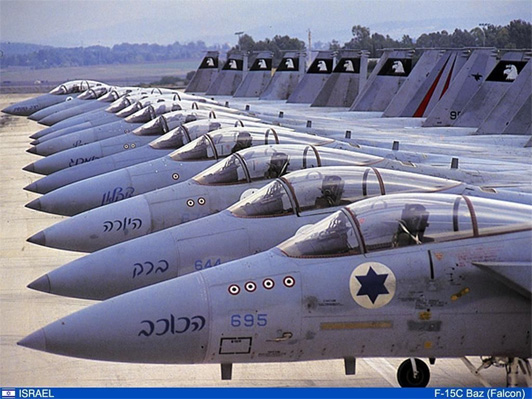 While driving home from a luncheon with a Pastor of a sizeable evangelical Church, I turned on their affiliated nationally syndicated radio program to hear what questions were on the minds of Christians across America. This radio program invites callers to ask questions ranging from prophecy related matters to issues regarded with day-to-day Christian living. Several pastors host this daily live broadcast and answer these questions from their pastoral perspective.

One caller asked, “Are current Mideast events involving the Hamas and the Israelis prophetically significant?” Being an eschatologist and the author of the Bible prophecy book Isralestine, The Ancient Blueprints of the Future Middle East, I promptly pulled my car over to the side of the road and turned up my radio to hear the response of the two attending pastors.

Listening intently, I was shocked to hear that they generally didn’t believe so. They suggested that the Arabs and Jews have been fighting against each other from time immemorial, and that this current “Operation Cast Lead” resembled more of the same. They stated that ever since the reformation of the nation Israel in 1948, Israel has been at war with their Arab neighbors, and therefore this current conflict was nothing new.

Ultimately they signaled that the next significant Middle East prophecy to find fulfillment would likely be when Russia and Iran assemble a confederacy and invade Israel as described in Ezekiel 38 & 39. Since this present struggle is predominately limited to the Palestinians and the Jews, the inference was that it had little to no prophetic relevance.

In the immediate aftermath of the terrorist events that occurred on September 11, 2001 this same radio program answered a similar question in the same way. The caller back then asked if the toppling of the twin towers was prophetically important, and the host responded with, and I’m paraphrasing, keep your eye out for the Russian – Iranian led invasion of Israel described in Ezekiel 38 & 39.

With all due respect to this program, which I listen to frequently, and personally think provides an invaluable radio service to the Christian community, I’m concerned that the literal fulfillment of the world changing Psalm 83 Bible prophecy is about to occur, and the preponderance of the Christian Church will lack the sufficient information to appropriately answer the serious prophetic questions that will certainly emanate from the secular world.

What happened back on September 11th, and what is turning the worlds attention upon the Middle East today, has little to do with the coming Ezekiel 38 invasion, and everything to do with the Arab – Israeli conflict and terrorism, its ugly bi-product. The Bible provides volumes of prophetic information regarding both of these topics.

The Bible declared that the Jews would return into the land of Israel from the Gentile nations of the world, which commenced in 1948, and that in the process they would meet with severe Arab resistance. As predicted, this is what occurred, and has been ongoing ever since the re-establishment of the modern day Jewish State.

Failed conventional Arab war efforts in 1948, 1967, and 1973 to destroy the State of Israel, have led to the establishment of Mideast terrorist organizations, like the Hezbollah, Hamas, Al-Qaeda etc. For the most part these terrorist entities are the brainchild of the defeated Arab nations. They have primarily been forming to support the Palestinian plight for autonomy and to antagonize the restoration of the nation of Israel.

Terrorism is the unconventional method of warfare adopted by the Arab States intended to accomplish what the conventional methods of Arab warfare failed to deliver upon. Thus when Israel retaliates against the Hamas launched rocket assaults; they are in essence conventionally defending itself against this relatively recently fashioned unconventional Arab method of warfare. As pointed out in my book Isralestine, the Bible has even foretold of the arrival of modern day terrorism.

According to what appears to be one of the Bible’s best-kept secrets, Psalm 83 foretells of a 10-member Arab population that someday confederates in a final bloody attempt to destroy the nation of Israel. This prophecy involves the Hezbollah, Hamas, Syrians, Saudis, Jordanians, Lebanese, Egyptians and more. Considering these are the populations that most closely border the modern day Jewish State, and they are the notorious enemies of Israel, one has to wonder if this final Psalm 83 Arab – Israeli war is destined to be the next Middle East News Headline? 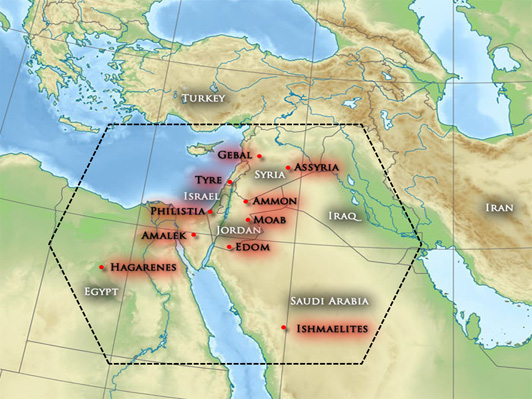 Imagine for a moment the possibility that a Bible prophecy might be about to find its LITERAL FULFILLMENT. Apart from the re-establishment of the nation Israel in 1948, Psalm 83 appears to be one of the few other prophecies that could be about to take place in this Baby-Boomer’s generation. Should this be the case, wouldn’t it seem logical that the Christian leadership of today should be able to offer up a satisfactory explanation for the events described in this prophecy?

The current military events involving the Hamas and the Israeli Defense Forces, has the world watching and wondering if this present Mideast conflict is yet another sign that it has been involuntarily thrust into the end times. Christians are calling upon their leadership for some sound information, so that they can go out forward into the harvest field and give an intelligent answer for their faith in their God Who is able to foretell the future with 100% accuracy.

In conclusion if you are inclined to think that the present Middle East conflict might have prophetic ramifications, open your Bible and find out. A good starting point is Psalm 83, and then followed up by exploring Ezekiel 38 & 39.