Shocking Events Coming Soon According To The Bible! 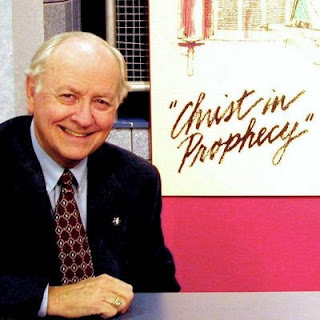 Dr. David Reagan Warns of World Changing Bible Prophecies about to find their final fulfillment! In this powerful Prophecy Update Radio Program host Bill Salus, the best selling author of Isralestine, interviews Dr. David Reagan about the mysterious Psalm 83 Arab-Israeli War, followed by the Ezekiel 38 Russian – Iranian nuclear equipped invasion of Israel. Join Dr. Reagan the founder of Lamb and Lion Ministries, and host of the television program Christ in Prophecy, as he and Salus explore these and other timely Bible prophecies like; the Rapture of the Christian Church, the coming of the Antichrist and Armageddon, and the Final 7 year Tribulation Period. Find out what the Bible predicts may be the Next News Headline.

In part one Bill interviews his friend Dr. Reagan in what promises to bring the listeners down to their knees in prayer, and up to date on the prophetic calendar. Find out about the timing of the Rapture of the Christian Church, the rapidly approaching Psalm 83 Arab – Israeli War, the Russian – Iranian led nuclear equipped Ezekiel 38 & 39 invasion of Israel, and what David’s sincere concerns are for America and its new President-Elect, Barack Obama.

Listen to Part 1 of the Dr. David Reagan Interview

Listen to Part 2 of the Dr. David Reagan Interview