Hamas; Has Judah Come For His Inheritance 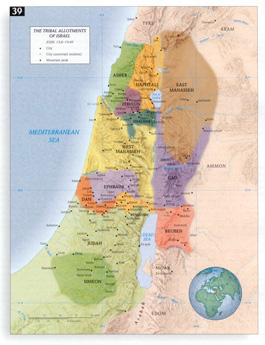 On January 25, 2006 the former terrorist organization turned political party known as the Hamas, won a majority victory over the Fatah party in the Palestinian Legislative Council (PLC). Soon thereafter Hamastan became the neologism for the emerging mini-state of the Hamas governed territory of Gaza.

Hamastan, Hamastine, Hamas ruled Gaza, Ancient Philistia, call it what you like, according to the Bible this land belongs to, and will someday be possessed by, the Jews. Current war events involving the Israeli Defense Forces (I.D.F.) and the Hamas, have caused the international spotlight to once again shine upon the volatile Mideast Theater. Will Hamas be able to survive this advance of the far superior I.D.F., or have they come to their final hour?

According to Joshua 15:1-12 today’s affected battlefield belongs to the ancient tribe of Judah. Judah was one of the twelve sons of Jacob, whom we are informed in Genesis 32:28 was renamed Israel. Furthermore the word “Jew” is derived from the name “Judah”. Hence according to scripture Hamastan of today sits on land bequeathed to the modern day Jewish State of Israel.

Threatening the longevity of the Hamas ruled government further are Bible passages foretelling the forceful taking of this prime Promised – Land by the Jews. Scripture is not lacking in prophetic information regarding the final fate of the Hamas led Palestinians, nor the manner that they someday forfeit all land ownership claims in both the Gaza, and West Bank territories.

Using the vernaculars of their time, the Hebrew prophets Ezekiel, Zephaniah, Asaph among others, warned of the coming day whereby the world would witness the events that are likely unfolding in the Middle East presently! They used terms like Philistia, Philistines, Edom, and Edomites, which today best describe the Palestinians, and the places they primarily inhabit.

In Psalm 83:1-8 Asaph informs us that Philistia, which today represents in large part the Gaza territory, becomes involved with the Palestinians, Hezbollah, Syrians, and several other predominately Arab populations in a confederate effort to destroy the nation of Israel. Although many Bible commentaries suggest that prophecies have concluded regarding Philistia, and / or the Philistine inhabitants therein, these presumptions are likely refuted by Psalm 83, which clearly enlists Philistia, and does not appear historically to have found its final fulfillment.

If this prophecy is yet to occur, is it about to? Furthermore will the other confederate members listed in the Psalm enjoin the current Hamas struggle for Palestinian autonomy? 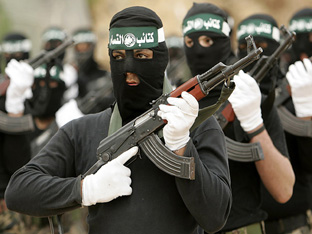 Syria for instance, a dominant participant in the Psalm 83 prophecy, immediately suspended recent indirect peace talks with Israel stating on December 28, 2008 according to Ynetnews.com, “Israel’s Aggression (in the Gaza) closes all the doors to any move toward a settlement in the region”. On December 30, 2008 the Khaleej Times Online states that the Hezbollah has called for “protests in Lebanon”, and “Arab governments to act against Israel”, and Fox News on December 28, 2008 writes that the Hezbollah “promised not to abandon the Hamas”.

In the likely event that things escalate between the Hamas and the I.D.F., the possibility looms very large that those other notorious contemporary enemies of Israel will enjoin the Palestinian plight militarily.

Meanwhile Israel has one eye on its nearby borders and the other on its distant nemesis neighbor Iran, which has likewise recently echoed the Psalm 83 sentiment, that the Jewish State should be destroyed, “that the name Israel may be remembered no more”. (Ps. 83:4) Curiously Persia, known as Iran since 1935, is not listed in Psalm 83. However it is a well-known fact that they militarily and financially support the Hezbollah and to a lesser degree, the Hamas.

According to Joel Rosenberg, the author of the best selling book Epicenter, over 6300 rockets have been launched from Gaza into Israel since 2005, with 400 of those coming since December 19, 2008. He further states that Israelis in the affected areas have been told to hunker down in a survival mode near bomb shelters until at least the end of March. How long of a military campaign and how vast of a battlefield is Israel preparing its citizenry for?

The I.D.F. declares that they have prepared a strategy that promises to be void of the mistakes made in their summer of 2006 war with the Hezbollah. This implies that they have thoroughly examined both the near and far reaching geopolitical and military ramifications, and will not be deterred from achieving their final intended outcome, which is to crush Hamas and prevent it from ever again becoming a future threat.

The timing, motive, participants, results and world changing aftermath details of the Psalm 83 Arab – Israeli war are thoroughly explored in my recently released book, Isralestine, The Ancient Blueprints of the Future Middle East.

How does the Hamas storyline end? Ezekiel 25:12-17 declares that the Palestinians of the West Bank, and the Gaza territories will experience the vengeance of God, through the military might of the I.D.F. According to the prophet, the Palestinians have dealt vengefully with a spiteful heart due to the ancient Arab hatred against the Israeli’s. As such in a related prophecy, Obadiah 1:15 issues this scathing reprisal to them: “As you (Palestinians) have done, it shall be done to you”.

This devastating response strictly adheres to the curse for curse in kind clause contained in the divine foreign policy issued to the Jewish Patriarch Abraham in Genesis 12:3. This passage declares that blessings are promised to those who bless Abraham, and / or his Jewish descendants, or to the contrary, cursings befall upon those who seek to harm them.

In the aftermath of the Israeli Conquest over the Palestinians, we are told in Zephaniah 2:5-7, that Israel takes final possession of Hamastan. This seacoast territory becomes rezoned for agricultural purposes. Zephaniah declares “The seacoast shall be pastures, With shelters for shepherds and folds for flocks.
The coast shall be for the remnant of the house of Judah; They shall feed their flocks there; In the houses of Ashkelon they shall lie down at evening.” (Zeph. 2:6-7, NKJV; abbreviated)

In summary the question that the Palestinians in general, and the Hamas specifically, must ask today is; has Judah come to claim his inheritance? If so, then let the wise among them move to higher and safer ground if they still can.