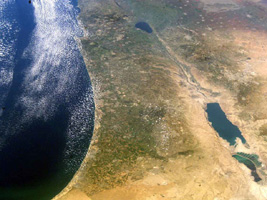 This article presents a basic mathematical model of the Middle East, considered in light of two coming significant end times events, and in the process hypothesizes the likely economic and geopolitical setting that occurs as a result. For those of you unfamiliar with the term Eschatology, which is listed in the title of this article, it comes from the pairing of two Greek words Eschatos, referring to “last” and -ology meaning “the study of”. Thus theologically the term refers to the study of the last days.

On the near horizon is the dawn of the next new era. The tiny Middle East nation of Israel that presently struggles to maintain sovereignty over a meager 9000 square miles is about to victoriously face off with two world changing prophetic events. In the aftermath of these enormous episodes described in Psalm 83 and Ezekiel 38, Israel will undoubtedly be catapulted into Superpower Status!

Destined to someday possess the Promised Land from the Nile to the Euphrates Rivers according to Genesis 15:18, Israel has been cooped up like a canary in a cage for 60 years too long. While Israel’s Arab enemies seek to blow up the birdcage, the Bible has seemingly flipped open to its final pages. These two looming events are soon to find their final fulfillment and in the end, an entirely new atlas of the region will need to be redrawn. Subsequently, in accordance with scriptural specifications, Israel’s borders should be enlarged to about one hundred times their present size.

The chess match presently unfolding in the greater Fertile Crescent today perfectly positions the Jewish State to put its enemies in checkmate, thereby advancing itself into this foretold period of prosperity.

Conversely, in America’s zeal to create calm in the Middle East, its superpower stature seems to steadily spiral downward. Some suggest that poor U.S. Mideast foreign policy may partially be the culprit. According to prophecy Israel will not be limited much longer to its present size, as the present two-state solution Roadmap Plan endorses; rather the Jewish State is poised to soon become listed among the largest and wealthiest nations of the world.

Current international proposals that encourage the cessation of, or evacuation from, Jewish settlements will, according to scripture eventuate into failed foreign policy, and potentially result in adverse consequences to its misguided proponents. America should promptly change its course of foreign policy direction and give Israel the necessary support and elbowroom it needs to burst out of its territorial seams and emerge as the world’s next Super-State. Such a greater Israel will ultimately be a blessing to the United States.

First on the calendar comes Psalm 83, which informs us that the Palestinians, Syrians, Saudis, Jordanians, Egyptians, Lebanese and affiliated terrorist entities like the Hamas, Hezbollah and Al-Qaeda, will confederate together to destroy Modern Day Israel. As specified in my recently released book Isralestine, The Ancient Blueprints of the Future Middle East, in fulfillment of Ezekiel 37:10 the Israeli Defense Forces will soundly defeat this advance and achieve the title of being an “exceedingly great army”. 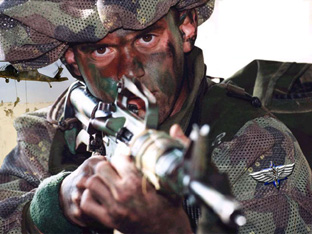 In a post Psalm 83 world, Israel should be freed from further Arab terror torment, bring down its 403 mile long wall currently under construction, and dwell securely, resembling the “latter years” nation described in Ezekiel 38:8-13. World Jews will make massive Aliyah into Israel and the nation will expand its borders, and likely exploit at least the affected Saudi portion of the OPEC oil supply, as well as many other related resources of their defeated Arab foes.

Then in the subsequent second event, Russia and Iran will look upon Israel as if it was a ripe carrot dangling upon a reachable string, and they will covet a piece of the plunder. All that will stand between them and their desired world empire stature will be the rapidly rising Middle East star, the nation of Israel. The Russians and Iranians will lick their chops, and assemble their nuclear equipped nine member coalition, and in what is commonly referred to as the “Magog Invasion”, invade this future regionally superior Jewish State.

The accolades of the exceedingly great I.D.F. will promptly become yester-years news, as they will not match up, with what then commences to march against them. As the Ezekiel story goes, their God will divinely save the day. The Russian – Iranian led nuclear equipped consortia will drop dead in their Middle East tracks, and world headlines will read like Old Testament fire and brimstone passages.

According to Ezekiel 39:9-14; at the end of the bloody rainbow, will sit Israel’s pot of gold. Seven years of nuclear fuel, more land for the taking, and prominent International stature. Their ancient King Solomon in all of his splendor, riches, and glory will but pale in comparison.

So, hypothetically speaking, the tiny nation of Israel that today can’t even call Jerusalem its capitol is about to be the centerpiece of current world events. Humanity is called to caution and set its sights on the ancient story about to unfold. Israel of today is likely to be acknowledged as the world’s Super-State of tomorrow.