Does Daniel Debunk the Assyrian Antichrist? 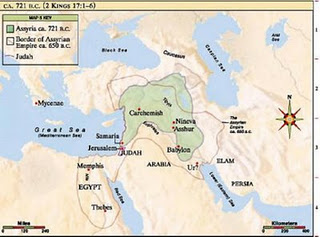 Relatively recently a small circle of individuals have injected into the Christian Church a paradigm shift in Antichrist thinking. They advocate that this beastly individual has Assyrian origins. Oddly the book of Daniel, which seemingly issues the most pivotal prophecy regarding the origin of this personage, does not once mention the Hebrew word Ashur, or Ashshur, which is translated as Assyria, or Assyrian. This term is utilized within the Old Testament approximately 135 times; however, Daniel considered by many to be a prophetic authority on the subject of the Antichrist, apparently didn’t feel the Assyrian shoe fit the foot of this coming crazed world leader.

This is striking in that among all the prophetic books within the Bible, perhaps excepting the book of Revelation, the book of Daniel alludes to this individual as much, if not more than, all the others. Daniel calls this individual by several names like the beast, representing his hostile disposition, and the horn, alluding to his authority; however, he never labels him the “Assyrian”. Similarly, Daniel issues numerous telling descriptions of him; like he speaks pompous words and declares himself above all that is called God, but the one who hails from Assyria, is never referenced among Daniel’s defining terms.

Perhaps one might think that Daniel was given information about the Antichrist, but not necessarily about his ancestral roots. However, Daniel 9:26 refutes this presumption in that it gives us the most detailed literal account within the entirety of scripture as to the origin of this individual. Therein we are informed that the Antichrist will originate from the people who would eventually destroy the city of Jerusalem, and the sanctuary, referring to the second Jewish temple.

According to world history books and traditional Church teaching this was accomplished by the Roman Empire, which In 70 A.D. did indeed destroy both the City of Jerusalem and the second Jewish Temple in apparent fulfillment of Daniel’s powerful prophecy. Hence the book of Daniel, rather than being vague about the origins of the Antichrist, could easily be considered the foremost book of Bible authority on the subject matter.

To date the best argument I’ve heard advanced by these Assyrian Antichrist advocates to refute Daniel’s claims, is that it wasn’t actually the Romans who destroyed Jerusalem and the temple. Rather, they argue that the Roman legion(s) responsible for the destruction consisted largely of Assyrian soldiers. This argument shows its weakness in several areas.

First, thematically the book of Daniel deals primarily with four Gentile world empires: the Babylonians, Medo-Persians, Greeks, and the Romans. The Assyrian empire had for the most part already come and gone by the time of Daniels prophetic discoveries.

To suggest that it was the Assyrian soldiers within the Roman legions whom Daniel was actually alluding to, even though it was the Romans who wielded world authority and issued the command to destroy Jerusalem and the Jewish temple, makes no sense whatsoever.

Secondly, historical precedence typically dictated that the subservient soldiers of any ruling kingdom or empire became the subjects of that kingdom or empire. In this instance, even though the Roman Empire was known to employ non-Roman troops within its ranks, such as defeated Assyrians, these troops operated solely under the command of their Roman leadership. The legions that destroyed Jerusalem and the Jewish temple did not do so out of their own independent accord, but acted solely under the direct authority and instruction of the Roman Empire.

A secondary Assyrian Antichrist argument has been advanced that the Roman Empire, after the death of Theodosius 1 in 395 AD, underwent an East / West split and that the Eastern section could be considered as much a part of the Roman empire that Daniel referred to as could the Western. Daniel did seem to foretell of such a split in Daniel 2:33 where he described the fourth Gentile empire having legs made of iron. Since “legs” is in the plural most scholars concur that Daniel’s fourth empire refers to the Roman Empire, and that Daniel was describing such a split.

The Assyrian advocates suggest that the Antichrist arises out of the Eastern leg, since the Western leg today best describes the European Union, which is not geographically connected to ancient Assyria. In Daniel’s time Assyria encompassed modern day Syria and parts of Northern Iraq.

There are two primary arguments against the Eastern leg being the leg from which the Antichrist comes: the “Historical” and the “Prophetical”. The Historical argument will conclude part one of this article and the Prophetical will be discussed in part two.

The Historic argument is based upon the understanding that the capital city of the Roman Empire at the time of the destruction of Jerusalem and the second Jewish temple was in Rome, which then and today is located in the Western leg of the former empire. This provides at least one solid argument that the Beast does not come from the East.

Furthermore, much of the Eastern leg of the Roman Empire was swallowed up by the Turkish Ottoman Empire during its reign from 1517 to 1917; especially the territory formerly recognized as ancient Assyria. As such today the former Assyrian territory has no Roman connection. Therefore, should any future charismatic world leader arise from ancient Assyria he or she would likely be without Roman roots, and could not be the Antichrist described in Daniel 9:26.

The prophetic argument starts with Psalm 83 and Ezekiel 38 & 39 and concludes with several chapters in the book of Revelation. To preface the prophetic argument one must first understand that the Assyrian advocates need the Antichrist to be a Muslim. This is quite obvious, since should this devilish character emerge on the world scene soon out of Assyria, a predominately Islamic territory, the logical conclusion is that he would be a Muslim. After all, Daniel did make a religious connection with this individual when he said in Daniel 11:36, “Then the king shall do according to his own will: he shall exalt and magnify himself above every god, shall speak blasphemies against the God of gods…” 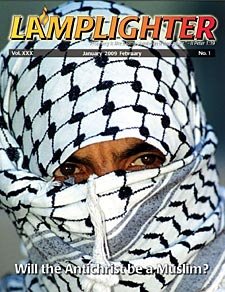 Some of the Assyrian proponents have suggested that the harlot religious system of Revelation 17 is Islam and that it is the magic carpet so to speak, upon which the Beast rides into world power. Thus to diffuse the Assyrian argument we must address the role of Islam in the agenda of the Antichrist.

Some, like Joel Rosenberg, Dr. David Reagan, myself, and others, have suggested that in the aftermath of the fulfillment of the Psalm 83 and Ezekiel 38 & 39 prophecies, Islam is dramatically diminished. The theory is that both of these prophecies likely occur before the Antichrist arrives on the world scene and that the 19 populations involved in these two major sequential prophetic events, which go down in defeat, are all predominately Islamic. Thus the conclusion can be drawn that when the Beast from the West arrives, he will find Islam as a religion largely irrelevant and of little utility in his bid for world dominance.

Needless to say, the Assyrian advocates have to group the Psalm 83 and Ezekiel 38 & 39 events all into the Antichrist’s Armageddon campaign for this reason. Islam cannot be diminished prior to Armageddon since, in their estimation, the Antichrist is a Muslim.

I will presume that the reader is familiar with the Psalm 83 and Ezekiel 38 & 39 prophetic events and move on to address the Revelation argument in part two of this article series. If not I recommend the following books: Footsteps of the Messiah by Dr. Arnold Fruchtenbaum, Epicenter by Joel Rosenberg, Northern Storm Rising by Ron Rhodes, and Isralestine by yours truly.

To preface part two of this article I highly recommend the reading of an article authored by Dr. David Reagan released in his Lamplighter Magazine January – February edition, entitled “The Antichrist Will he be a Muslim?“