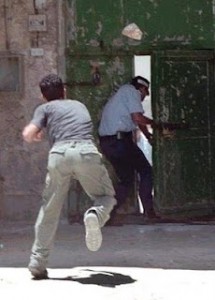 Present Middle East hostilities between the Arabs and Jews can be traced to a disposition of hatred originating almost four thousand years ago. At that time God made an unconditional covenant with the Hebrew patriarch Abraham. Due to the inherent blessings contained within this covenant, the infamous family characters of the Bible; Hagar, Ishmael, Esau, Moab, Ammon, and Amalek, coveted the contents of this covenant. These jealous individuals and their descendants that followed came to hate the Hebrews, the heirs of this blessed covenant.

Throughout time the neighboring Gentile peoples of the region found it advantageous to embrace rather than resist this adversarial disposition. Ultimately it evolved into a cleverly conceived religious package giving it license to unleash itself in a holy war. The “Jihad”, as it is often labeled, presently underway in the Middle East, finds its justification in Islam, but its roots are in this longstanding hatred.

The Bible describes this disposition as an ancient hatred or in some translations a perpetual enmity. The two Hebrew words are olam ebah, and when used together they describe a condition stemming back long ago in ancient times, perpetuated throughout time, manifesting into hostility with no apparent end in sight. They are only paired together in the entire Bible in these two passages listed below: