Are Demonic or Democratic Forces at Work in the Middle East? 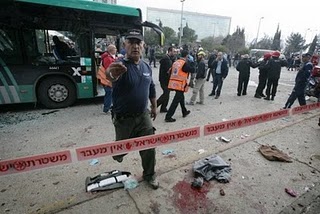 Is this recent wave of Palestinian terrorism and Hamas rocket assaults purposely intended to provoke Israel into another war with Hamas? In December, 2008 Israel waged a 22-day campaign into the Gaza against Hamas. At the time Hamas and their Arab allies were unprepared to ally together in the fight which afforded Israel a lopsided victory. However, since December, 2009 Hamas has entered into bonafide war-pacts with Iran, Hezbollah, and Syria.

Could Hamas have been given the green light by its allies to provoke Israel into another conflict, one that they are all prepared to fight at this time? Hezbollah has 60,000 rockets. Syria possesses the most advanced scud missiles in the world, and Iran is on the verge of going nuclear. (Read entire article now)