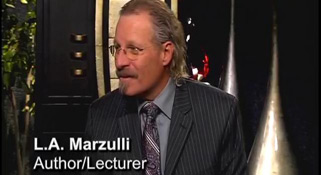 The written transcript below is taken from an interview with Bill conducted by LA Marzulli, and was featured in Marzulli’s monthly Internet newsletter (P.P.S News – Politics, Prophecy and the Supernatural) see www.lamarzulli.net (November, 2011 issue)

L. A.: What do you think is going to happen in the Middle East?

Bill: Diplomacy will fail and wars of epic Biblical proportion will commence. Ancient prophetic texts predicted several Mideast wars would occur in the end times. I believe these wars will come in the chronological order listed below.

1. Psalm 83 is the climatic concluding Arab-Israeli war that Israel wins.

2. Isaiah 17 predicts the destruction of Damascus, which I believe will happen prior to or during the Psalm 83 war.

3. Jeremiah 49:34-39 informs of an invasion of Iran under the ancient banner of Elam in the end times. This may involve an attack on Iranian nuclear sites. I believe this will happen before, during, or after Psalm 83.

4. Ezekiel 38 & 39 foretell of a coming Russian-Iranian led invasion of Israel with Turkey, Libya, Ethiopia and several others to capture great spoil. I believe this war is the granddaddy of all the above and happens subsequent to these other conflicts. Importantly, Israel wins in all these wars. It is difficult to know if Israel is involved in the Jeremiah 49 prophecy, but the IDF appears to be. After these wars above I believe Israel will construct their third Temple, and annex more territory.

L. A.: The Arab Spring has changed the political landscape of the Middle East, how does this affect Israel?

Bill: The Arab Spring has created an unpredictable and highly unstable environment for Israel. Liberal pundits expect democracies to flourish as a result of the Arab protests and revolts of 2011, but I expect to see several regime changes that implement strict Sharia Law. Moreover, I anticipate a push by these new regimes to support the plight of the Palestinians. Thus, they will be pro-Palestinian and anti-Semitic. This will probably lead to the Psalm 83 and Isaiah 17 scenarios above.

L. A.: What do you think Bashar Assad will do in the wake of the recent killing of Libya’s Muammar Gaddafi?

Bill: There is a slight possibility that the Assad regime will be toppled like Gaddafi’s in Libya. But, more than likely, Assad will tighten his grip on his hold over Syria. He does not want to be the next Mubarak of Egypt, or Gaddafi of Libya. His repression of the Syrian revolts that began in March of 2011 has pushed him past the point of no return. He realizes that he can’t turn back the clock, the atrocities are too great, and he is subject to either being killed like Gaddafi, or put on trial like Mubarak. Neither option appeals to him. He wants to remain in power.

The problem is that rather than take a bullet to the head like Gaddafi, Assad will call on Iran, Hezbollah, and Hamas to create an apocalyptic war against Israel to distract from his present dilemma and if successful wind up as a hero in the eyes of many Arabs. I believe Assad will not go down without a fight, and the fight will probably cause Psalm 83 to commence, and Damascus to be destroyed.

L. A.: Syria has threatened to bomb Tel Aviv if they are attacked, how does this figure into prophecy?

Bill: I haven’t specifically found any prophecies regarding Tel Aviv, but the consensus among military analysts and also many eschatologists is that if Syria attacks Tel Aviv, Israel will obliterate Damascus. This would be prophetic fulfilling Isaiah 17:1, which says Damascus will someday cease to be a city by being reduced to rubble. It would also fulfill Isaiah 17:9 that suggests Israel is responsible for the toppling of Damascus, and it will probably happen over a 24-hour period according to Isaiah 17:14. Israel presently possesses the military technologies to fulfill Isaiah 17:1, 9 and 14 all in one swoop.

L. A.: US troops are going to leave Iraq by Christmas, what are your thoughts on that?

Bill: American troop deployment out of Iraq, gives Iran the opportunity to accomplish what they fought Saddam Hussein eight years for between 1980-1988, and that is another Iranian proxy state. Prime Minister Nouri Maliki and radical Muslim cleric Muqtada al-Sadr are friends with Iran, and with each other. Maliki will need Iran’s support to remain in power. I expect Iran to move quickly in 2012 to secure Iraq as another proxy state with Maliki’s full support. If Iran is successful, this will add yet another proxy arrow inside the Iranian quiver alongside Syria and the terrorist organizations of Hezbollah and Hamas.

Then they will move to wipe Israel off of the map in order to give the Palestinians a homeland in a future Arab state they hope to call Palestine. Palestine then becomes another Iranian proxy state and possesses control over Jerusalem, which is Islam’s third holiest site. I don’t believe this will happen, but do believe this is Iran’s end goal.

Jordan and Saudi Arabia would then be next on Iran’s proxy agenda. If they can control Saudi Arabia, then they can possess sovereignty over Islam’s two holiest sites in Mecca and Medina. Iran is attempting to form a Shia Crescent in the Fertile Crescent. I label it as an attempt by Iran to form hegemony over the entire Middle East in an area I call Iranistan.

L. A.: Iran most likely has the bomb, how does that affect the region?

Bill: I attended a Banquet in Beverly Hills, CA on 9/10/11 with former U.N. Ambassador John Bolton who feared the world will have to accept a nuclear Iran. He said, and I concur, that the balance of power in the Middle East would shift dramatically and force Saudi Arabia, and Egypt to obtain nuclear weapons also to protect their sovereignty over their respective countries. If Iran goes nuclear, and Israel may pre-empt a strategic strike to prevent this from occurring, a nuclear device will go off in the Middle East.

Iranian president Mahmoud Ahmadinejad believes he was called to this cause by Allah. He is committed to creating an apocalyptic condition against Israel, and / or America in order to hasten the return of His Shiite Messiah called Muhammad al-Mahdi. A nuclear weapon enables him to fulfill what he believes is his calling according to his twisted Islamic eschatology. In the ultimate from of Jihad, I anticipate that Ahmadinejad, if he gets a nuclear weapon, will launch it at Israel fearlessly.

L. A.: Do you believe that we are in the birth pains as described in Matthew 24?

Bill: I do believe this. The Matthew passages read:

For nation will rise against nation, and kingdom against kingdom. And there will be famines, pestilences, and earthquakes in various places. All these are the beginning of sorrows, or (Birth Pangs in some translations). (Matthew 24:7-8, nkjv).

Some of us believe nation came against nation in World Wars I and II. I believe kingdom against kingdom is a direct quote by Christ out of Isaiah 19:2, which predicts a regional Middle East conflict. I believe kingdom will come against kingdom in Psalm 83 when the Arab kingdom comes against the reestablished Jewish kingdom. The Jewish kingdom is now a presently reality since 1948. Earthquakes are increasing worldwide, causing famines and pestilences also. All of the above seem to indicate that the birth pangs are occurring.

Bill: Revelation Road is a unique reading experience. It is two books in one. It begins with a novel and is supported by a separate section called the “Companion’s Commentary.” The commentary adds veracity to the text of the novel and Biblical believability to the storyline. It is about a Grandfather who believes his 12-year old grandson has been birthed in the final generation. The grandfather attempts to prepare the young lad for the apocalyptic events encountered inside the novel story.

Much of what I answered above is thoroughly explained in the book. The commentary explains why I said what I said in the novel. The fictitious story of the characters could become the true story of the individual reader as they simultaneously experience the prophecies unfold during their lifetimes.

L. A.: Why did you decide to write fiction?

Bill: The goal of utilizing a dual format style of writing was to reach Joe the plumber and Sebastian the scholar at the same time. Some people only read novels and others only non-fiction commentaries. Revelation Road encourages the reading of both sections, but in actuality each section can be read independently of the other. I believe the information contained in Revelation Road is intended for every man, woman, and child to learn from rather than just a few eschatologists.

L. A.: What do you hope to accomplish with Revelation Road?

Bill: I hope to impart wisdom to humanity by introducing and explaining the pertinent Bible prophecies of our time. In so doing the inerrancy of the Bible will be evidenced and ultimately the Messiah-ship of Christ confirmed. The good news gospel is presented in both the novel and the commentary.

L. A.: Your closing thoughts?

Bill: Hold on to your hat, make sure your favorite news source is paid current, and be on the lookout for the imminent return of Jesus Christ, because a plethora of Biblical prophecy is about to unfold.