The Big Squeeze Against Israel! 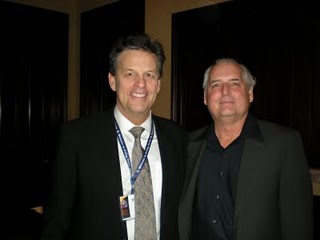 This week on Prophecy Update Radio Bill Koenig and Bill Salus talk about the “Big Squeeze” being put on by the international community against Israel. Israel is experiencing unprecedented pressure to divide the land in order to achieve peace with the Palestinians.

The Quartet can’t get the Jews and Palestinians to make peace, and as such, the U.N. will have to decide whether or not to approve a Palestinian State this September. The Obama Administration wants Israel to divide its land and recede back to its pre-1967 borders but Israeli Prime Minister Benjamin Netanyahu says no way.

On May 24, 2011, before the U.S. Congress, Netanyahu declared that the land in question was not up for grabs. Summarily, Netanyahu addressed several key points relative to Israeli demands for peace,

1. Jerusalem WILL be the undivided capital of the Jewish State,

2. Millions of Palestinian Refugees WON’T be returning inside Israel,

3. The Palestinians MUST recognize Israel’s right to exist as the sovereign Jewish State,

4. The Hamas – Fatah unity agreement MUST be abolished,

5. Palestinian unilateral attempts at Statehood through the United Nations MUST cease,

7. The Israeli demographic population changes since 1967 MUST be accepted, and

No one expects the Palestinians to approve of Netanyahu’s laundry list of needs above. According to Genesis 12:3, Obama’s pressure could prove to be a costly mistake for Americans. War or peace; what’s next in the Middle East? And, what’s in store for America’s future?