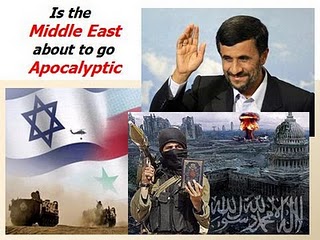 Ezekiel warned in the end time’s Israel would come out of the Holocaust and face two apocalyptic wars. 2600 years later we realize these are epic battles fought against approximately 19 primarily Muslim dominated populations including Syrians, Hezbollah, Russians, Iranians, and Turks just to list a few. Many eschatologists believe these wars will be fought soon and sequentially.

This week on Prophecy Update Radio Bill Salus and the founder of Lion of Judah Ministry, Gary Fisher, take an in-depth look at Ezekiel 35-39. This interview picks up where Bill and Gary’s previous interview called “Ezekiel’s Birds Gather for the Gog of Magog Meal,” left off. The previous interview is one of the most listened to programs in the Prophecy Update Radio archives. This fascinating four-part interview is guaranteed to be one of the most important and relevant studies Christians can listen to in these last days.