The Future for America in Bible Prophecy 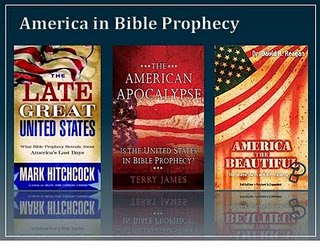 In light of these uncertain times many Christian Americans are asking, “What is the future for America in Bible prophecy?” This question arises primarily because;

1. Of mounting concern the country has abandoned its Christian heritage and is headed in the wrong direction,

2. America is not conspicuously located anywhere upon the pages of the Bible,

3. And out of concern that these are the last days.

Interestingly, respected Christian voices like, Dr. David Reagan, Dr. Mark Hitchcock, Terry James, and more, have felt burdened to write books on the subject. Not surprisingly, the Lord has led them all to a similar conclusion. The combined concensus is that America does not appear to be located in the Bible, or if it is, it doesn’t maintain its superpower status on through to the end.

They suggest America’s silence in the Bible is deafening and implies that the United States could come under divine judgment. Are they correct, and how soon could judgment come?

I have had the opportunity to interview each of these end time’s experts on Prophecy Update Radio. To hear, first hand, what they believe the future for America is in Bible prophecy, listen to their and others answers by clicking on the links below.

*These interviews were conducted within the past two years.