The Timing of the Rapture – Part Two

Recently I authored an article regarded with the timing of the Rapture. It was part one in an article series, and addressed the three primary Pre-Psalm 83 views about the event. This article can be viewed here.

For part two I thought to try something different. Part two addresses the Pre-Ezekiel 38 viewpoint about the Rapture’s timing. But, rather than doing a typical exposition, I’m presenting an unedited excerpt out of my upcoming book called Revelation Road. 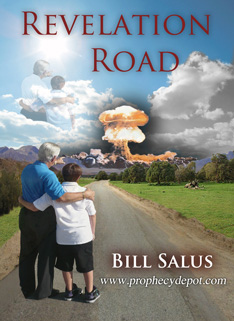 Rev – Road begins as a novel but includes a full chapter-by-chapter “Companion’s Commentary” section. In the commentary I explain why I declared what I did within the novel portion of the book. What you are about to read is a conversation between two lead characters in the novel section of the book regarded with the Pre-Ezekiel 38 timing of the Rapture.
……………………………….
Below is an excerpt from Razz (retired General Robert Rasmussen) and his best friend George’s parlor conversation regarding the pre-Ezekiel 38 rapture.

“I also believe the Rapture is an imminent event and think it might occur before Russia, Iran, Turkey, and the other Ezekiel 38 invaders confederate against Israel. I believe this because Ezekiel identifies the Jewish people as “My people Israel” three times within his 52-passages,” Razz reported, as he opened up a nearby bible and began reading;”

“Therefore, son of man, prophesy and say to Gog, ‘Thus says the Lord GOD: “On that day when My people Israel dwell safely, will you not know it? (Ez. 38:14, NKJV; emphasis added.)

You will come up against My people Israel like a cloud, to cover the land. It will be in the latter days that I will bring you against My land, so that the nations may know Me, when I am hallowed in you, O Gog, before their eyes.” (Ez. 38:16, NKJV; emphasis added.)

So I will make My holy name known in the midst of My people Israel, and I will not let them profane My holy name anymore. Then the nations shall know that I am the LORD, the Holy One in Israel. (Ez. 39:7, NKJV; emphasis added.)

“How do these passages suggest the Christian Church is absent?” George queried?

Razz replied, “Because they illustrate the importance of God upholding his holy name by performing upon the unconditional promises given to Israel. The thrust of the Ezekiel 38 episode deals with the Lord proving he’s a promise-keeper to the watchful eyes of the world at a crucial point on the end time’s line. Shortly after the Ezekiel event concludes, humanity will have to choose between Abraham’s blessed seed the Messiah, Jesus Christ, or Satan’s seed, the Antichrist.”

“Impressive, how did you arrive at that conclusion from these mere three passages?” George inquired.

Razz explained, “First the Promised People are mentioned as “My people Israel.” This indicates that when the invasion takes place the Jews will still exist! Considering the Jews have been targeted by repeated genocidal attempts, this is a crucial acknowledgement. The fact they are classified as “My people” forces us to recognize that they exist because God personally preserved them throughout their centuries of Diaspora. They have been safeguarded from complete extirpation, because the Lord is not done with them.”

“Furthermore, verse 14 causes us to recognize that the Jews dwell securely somewhere at the time. This is equally as important, considering the Jews were without a homeland for about 1878 years between A.D. 70 and A.D. 1948, and have been embattled with the Arabs ever since resuming nationhood. Reportedly, no other deported or dispersed ethnic group has ever survived without a homeland for more than 400-years. Now that Psalm 83 has occurred, (in the novel storyline) the Jews can dwell securely.”

“Second, the “Promised Land” is discussed. The invaders march against God’s land of Israel in verse 16. This passage compliments verse 14 by telling us when and where the Jews dwell securely. They exist and dwell securely inside the Promised Land in the latter days.”

“Lastly, in the final usage of “My people Israel” in Ezekiel 39:7 we are informed that the Lord uses the massive Mideast invasion to uphold his holy name through the Jews, in order to prove he’s a covenant keeping God.”

“Slow down, you lost me while connecting all the dots.” George confessed.

Razz clarified, “Let me summarize my thoughts. God promised Abraham 4000 years ago that he would father a great nation, and through him all the nations of the earth would be blessed. According to the account recorded in Genesis 15, we understand these promises to Abraham were unconditional. This age-old covenant is commonly referred to as the Abrahamic Covenant, and even though the preponderance of the international community is totally oblivious to it, it is still effectually intact. “

“In order to have a great nation, you have to harbor a sizable population, and harness a significant piece of land for them to inhabit. God promised Abraham he would have both. In Genesis 13:15 Abraham was promised a family tree forever, and in Genesis 22:17 he was informed he would have a multitude of descendants. Then in Genesis 15:18, Abraham was granted land extending east of the Nile River in Egypt all the way to the Euphrates River that courses through modern day Iraq and Syria.”

“Several passages inform us that the great nation promised to Abraham would come through the lineage of his son Isaac and his grandson Jacob, and extrapolate down through the Jewish people of today. But, the Jews were promised more than the formation of a great nation, they were bestowed the honor of being a blessing to all the families of the earth. This is because the Messiah would be a Jew, according to Genesis 22:18, 26:4, 24:18, and elsewhere.”

“Abraham’s Seed, the messiah would become the blessing to all the families. The Messiah is Jesus Christ, and although Christians are indeed spiritually blessed through faith in him, the prophecy of blessings to the nations finds literal fulfillment when he establishes his 1000-year Messianic Kingdom spoken about in Revelation 20:4, 6. At that time all the families of the earth, who make it through the Tribulation Period (trib-period) will be blessed.”

“Thus for the following two primary reasons I believe the Rapture could be a pre-Ezekiel 38 event:

1. The entire episode is regarded with God’s promises to Israel, which negates the need for the Church to be present upon the scene at the time.

2. The Holy name of God is revealed to the nations through Israel just before humanity has to make its final choices between Christ and the Antichrist.”

“Doesn’t the Church need to preach the gospel before, during, and after Ezekiel 38? How can the believing Church become negated at the time, because I don’t believe the faithful remnant of Israel comes to faith in Christ until the end of the trib-period,” George commented.

“You’re right, Israel as a nation does not appear to recognize Christ through either Psalm 83, or Ezekiel 38. However, the gospel can still be preached and disseminated to the Jew first, and then the Gentile in the aftermath via other means. Scripture informs us the gospel will go out through the following sources after the Church is removed:

3. Teaching materials, like articles, books, audios, videos, and movies produced by Christians before they are Raptured. (Evidenced by martyred saints above.)

George then questioned, “Can you elaborate on your second reason about the importance of Pre-trib timing?”

Why Ezekiel 38 is Probably Pre-Trib

Razz responded, “Gladly, but this gets a bit more complicated. It requires a better-than- basic understanding about the distinctions between the first and second halves of the trib-period. During the first half, Israel enjoys a temporary peace derived from the covenant confirmed by the Antichrist in Daniel 9:27. This peace ends abruptly at the mid-point of the 7-year trib-period when the Antichrist enters into the third Jewish Temple, and fulfills the Daniel 11:31 and 12:11 prophecies Christ warned about in Matthew 24:15. From that point forward the Antichrist attempts a final genocidal attempt of the Jews.”

“Now, here’s why Ezekiel 38 is probably Pre-Trib. First, Israel burns Russian weapons for seven years, and second, the Antichrist causes people to take his mark and forfeit their opportunity for salvation.”

“Exactly, I thought that would pique your attention. Allow me to explain further,” Razz requested.

“Ezekiel 39:9-10 suggests Israel will possess the know-how to convert the weapons of mass destruction possessed by the Ezekiel invaders into fuel. They will utilize these weapons for fuel and energy consumption for a period of seven-years. This will be no problem during the peaceful first half of the tribulation, but virtually impossible during the perilous second half, because Jews will be fleeing for their lives rather than harnessing this energy.”

“Therefore, many scholars suggest that Ezekiel 38 must conclude, not commence, no later than three-and-one-half years before the tribulation even begins. This allows the Jews seven full years to burn the weapons before they begin fleeing for their lives. Realistically, it will probably take approximately a year to even collect, dismantle, and covert the weapons cache prior.”

“Here’s how this could break down incrementally in real time. If the Rapture occurs, and the very next day Ezekiel 38 occurs, which is extremely unlikely, then allow at least one-year for the battle to occur and the weapons to be converted subsequently. Remember, assembling a coalition, and mobilizing an invasion of the scope described in Ezekiel 38 is no twenty-four hour undertaking. Then consider an additional seven-year span to burn the weapons. And lastly, add in the final three-and-one-half years of Great Tribulation, for a total of eleven-and-one-half years.”

If this hypothesis is correct this means that at least, underscore at least because it’s probably going to be longer, that from the time the Ezekiel 38 invasion begins until the Second coming of Christ to set up his Kingdom, there will exist approximately eleven-and-one-half years. I could be more technical on the timing, because Daniel 12:11-12 adds an additional seventy-five days to the equation. His infamous “Seventieth Week” ends, and then the two-and-one-half month interval kicks in, at which time the sheep and goat judgment of Matthew 25:32-46 takes place.”

“Now regarding the crucial timing of Ezekiel 38 I mentioned previously. The Lord utilizes Ezekiel 38 to uphold his Holy name. In his infinite mercy, and omniscient foreknowledge, he wants mankind to know that he is the promise-keeping God of Abraham, Isaac, Jacob, and the believers in Christ. Not only does he want them to know this, but he wants them to give them the opportunity to choose Christ before it’s too late and they are offered the alternative Antichrist worship system.”

“Without going into the supporting passages about the mark of the beast in Revelation 13, 14, 15, 16, 19, and 20, this mark condemns all who take it to hell. The Antichrist system appears to be established during the trib-period and therefore the Lord opts to uphold his holy name through the Ezekiel invasion prior.”

“Excellent explanation Razz, but what would you say to Catholics and Protestants that believe the Church is the new Israel. Many within their ranks teach that when the Jews rejected Jesus, that God rejected them, and that all their promises were bestowed to the Church at that time?” George questioned.

To find out how this conversation ends pick up your copy of Revelation Road when it becomes available later this year.
…
* The book cover design and subtitle are still under review and may not be the same as shown in this article.
** This article is presently under editing for book purposes, and is therefore unedited at the time of posting.