Why did Christ Die for those Predestined to Hell? 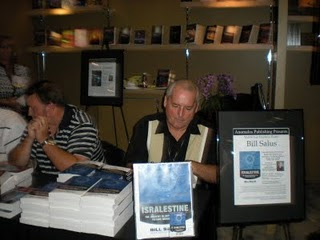 Do we both agree that all of God’s judgment and wrath fell upon Jesus at the Cross for all mankind? If God foreknew and predestinate whom would be conformed to the image of the Son, then why did God include all the non-believer’s wrath and judgment upon Jesus if God predestinated their calling into hell? Wouldn’t God’s wrath and judgment pour out on all non-believer’s that His Son had to endure be executed in Hell?

I have been praying to God about this for the last few days and was led to present the question to you. Why not just place upon Christ the wrath of those souls that would not be ashamed and end up before Christ at His judgment Seat. Why include all of mankind when many are called, but few are chosen?

God knows who is going to Hell. Why was Jesus subjected to those who will spend eternity in Hell’s wrath of God? Why not only those that are chosen to be sons of God?

The premise upon which your first question is based needs to be reevaluated in accordance with the fundamental purpose of John 3:16. The price for all sin had to be paid if none were to perish.

Certainly, the absence of God’s presence in Hell is the just reward of those who reject Christ. However, the foundational precept according to John 3:16 has nothing to do with who would, or wouldn’t perish, and everything to do with removing sin as an obstacle for those seeking to worship God before His heavenly throne through the righteousness of Christ.

I’m uncertain of your concerns expressed in your comments above, and therefore apologize beforehand if my response doesn’t hit the nail on the head. But, here are my thoughts.

Remember man’s free choice and independent will is always in play in these matters. The theory is that God loves everyone and wishes none to perish, so Jesus paid death its due wage at the cross for the sins of mankind.

God could predestine (predestinate) people to believe in Him, but for anyone to believe in him requires the volition of the individual to so choose. I chose Christ, because He first chose me, and subsequently made Himself known to me in a way that He knew I would connect with. His existence has become abundantly clear through my learning to walk by faith rather than sight.

God, in His omniscience, foreknew that you, I, and our Christian brothers and sisters would respond to His calling in our lives. This is because He knows the beginning from the end. He knew that you would recognize His existence by the clues he left you throughout your life. Only you and He know what those clues were. This is the case for all believers.

Thus, for lack of better words, the Lord possesses an unfair advantage; He has advanced knowledge of all your choices and actions and therefore foreknew that you would someday make a personal decision for Christ. Therefore, He is fully qualified to use miraculous words like predestinate.

The Lord is looking for those who, of their own volition, understand that He is worthy of worship. He has already seen a fallen host of angels question His worship worthiness. He is replenishing their fallen ranks with people like you and I, who realize He is worthy of all honor, glory, and power.

The entire angelic conflict is regarded with the Lord’s worship worthiness. This is why they marvel at every sinner who becomes saved through faith here on earth. Our exaltation of the Lord merely through faith and not by sight silences them in all their splendor. We humble them!

God knew who would reject Christ in advance and therefore didn’t predestine them to someday be conformed into Christ’s likeness. For them, He lifts up His creation to evidence His Godhead and eternal power according to Romans 1:18-22.

These passages declare that unbelievers have no excuse for remaining in unbelief apart from their own unrighteous volition. They don’t believe the truth, which John 14:6 informs us is Jesus Christ, because they suppress the truth (Christ).

Certainly the Lord could coerce them to worship him through miracles and more, but they would remain unrighteous without the righteousness of Christ upon them. The Lord is not looking for either, involuntary or unrighteous worship.