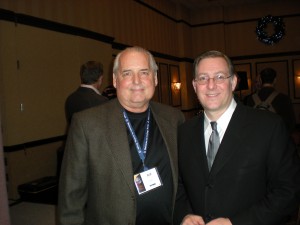 In a recent article called, “Obama Officials Fear Sanctions on Iran Fruitless, War Becoming Only Option,” The Christian Post quotes Joel Rosenberg and Bill Salus, who are both talking about the prophetic implications of current Middle East events.

Below are a few excerpts from the CP article… READ THE ENTIRE ARTICLE HERE.

Iran’s nuclear program rapidly rose atop the list of international concerns when the International Atomic Energy Agency (IAEA) issued a damaging report on Nov. 8, 2011, revealing that the rogue state was on fast-track to developing a nuclear bomb. Since then world focus has shifted from the unpredictable Arab Spring of 2011 to the problematic Persian Gulf in 2012, according to Salus. Immediately, Israel went on high alert, Iran threatened an oil war, and the U.S., U.K., and France deployed warships into the gulf.

A number of prominent Christian authors with Middle East experience have also warned in recent times that military conflict with Iran may be imminent, and they insist there is good reason to believe a new war involving Israel may very well be linked to biblical prophecy.

Salus made similar warnings in his latest book, Revelation Road, Hope Beyond the Horizon. He claims that the Rapture, a belief that Christians will be taken into heaven, leaving unrepentant sinners behind on Earth to experience God’s judgment, will soon occur – and that believers today might be living in the last days.

His timely new book predicts a potential attack on Iran’s nuclear program and how the U.S. and Israel will be involved. The author says that Ezekiel was not the only prophet who predicted Iran’s future, but that “Jeremiah also issued a stern warning to Iran, under the banner of ancient Elam.”

A prophecy that Salus hypothesizes has yet to find historical fulfillment involves Iran being attacked at the “foremost of its might,” which, in light of the recent IAEA findings, could mean its nuclear sites. Moreover, the author claims that radioactive fallout contamination could occur because the prophecy predicts the attack prompts a worldwide dispersion of the affected population.