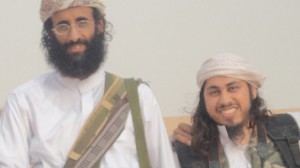 At the end of April, 2012 a senior state department official told the National Journal that “the War on Terror is over. Now that we have killed most of al-Qaeda, now that people have come to see legitimate means of expression, people who once might have gone into al-Qaeda see an opportunity for a legitimate Islamism.”

However, a recently released book called Revelation Road, Hope Beyond the Horizon, clearly debunks this White House thinking by hypothesizing a multi-faceted terror attack involving wilderness fires, dirty bombs, and Synagogue suicide bombers that could easily happen inside America simultaneously. The book takes the reader on a unique one-of-a-kind reading experience by combining an apocalyptic novel, with an extensive biblical commentary.

Here’s a sample reading from the novel from the chapter entitled “TERRORISTS ATTACK AMERICA AGAIN.”

“The picnic tables were set up, the potatoes were baking, and the barbeque was fired up, when suddenly Razz stormed into the backyard. “Come, quick! America has just been terrorized!” The chatty gathering was stunned to silence. “Yankee stadium is ablaze!” gasped Razz. In an instant, the patio cleared as the party moved into the parlor to catch the breaking news.”

“It looked like September 11, 2001, all over again: panic-filled streets, blaring sirens, and smoke in the air. “A powerful bomb has just exploded during the middle of the Yankee versus Red Sox game!” one newscaster announced. “Details are sketchy, but traces of radioactive fallout have been detected. As you can see on the screen, HAZMAT teams are already mobilizing on the scene, suited up in full protective gear, as first responders quarantine the area.”

“News footage of the blast was shocking and evidenced that the explosive was no amateur device. Immediate indicators pointed to the possibility that a tactical nuclear weapon had been detonated. Aerial images of Yankee Stadium made it look like the recent destruction of Damascus had spilled over into New York. Intensifying matters, a decent sized crowd was in attendance to watch both teams battle for first place. Fans that would otherwise refrain from attending, for fear of terrorism, made an exception for this particular game. Initial news assessments all confirmed that the prospects for survivors appeared very grim.”

“As George feverishly flipped through the news channels, reports streamed in that hundreds of wildfires were blazing throughout various parts of the country. These fires reeked of arson, causing commentators to deduce that a multi-pronged terror attack had been launched against America.”

The chapter goes on to talk about multiple ballpark stadiums in major U.S. cities being struck by dirty-bombs simultaneously, while Islamic suicide bombers meanwhile blow themselves up during Sabbath services in Jewish Synagogues. All of this may seem like author liberties were undertaken to sensationalize the storyline.

But, according to a recent ABC news report that includes a telling video called, “Al Qaeda Magazine Calls for Firebomb Campaign in US,” wildfires are just what the terrorist are plotting.

Read the ABC News post and watch the accompanying video at this link.