The Bride of Christ and the Jewish Wedding Model 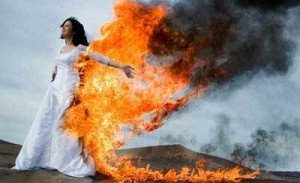 WILL THE BRIDE OF CHRIST BE TORMENTED IN THE TRIBULATION PERIOD?

The Bridegroom (Christ) and bride (Christian church) analogy given several times in the New Testament, infers believers escape the wrath of the seven-year tribulation period.

It is doubtful that Christ would come for a bride that has been battered, bruised, and tarnished from seven years of tribulation. Contrarily, it makes more sense that Jesus would return to rapture His believers before they are ravished by those judgments, that are specifically intended for unbelievers.

The bride’s worthiness is based solely upon her genuine faith in the Bridegroom, and not courageous works performed amidst the backdrop of tribulation judgments. Believers have nothing further to prove. They are not obligated to undergo the fiery trials taking place in the trib-period.

For by grace you [believers] have been saved through faith, and that not of yourselves; it is the gift of God, not of works, lest anyone should boast. (Ephesians 2:8-9; emphasis added).

Many Christian expositors compare the Bridegroom example to the traditional Jewish wedding model. What could be more appropriate, considering Christ was a Jew? The following brief outline of the process was partially taken from notes provided within a related Chuck Missler article called The Wedding Model.(i) This article is taken from the commentary in Revelation Road, Hope Beyond the Horizon.

The groom negotiated a fair price (mohair) for his bride. In the case of believers, the price was paid by the Lord’s precious sacrificial blood upon the cross for the sins of believers.

The engagement period was actually a time of separation usually lasting about twelve months. While the bride-to-be stayed home, the groom returned to his father’s house to make preparations for their future lives together. This gave the bride time to prepare her trousseau, and the groom to construct a place for the two of them to live happily ever after. Presently, Christ and the bride are separated. He is in heaven while she is on Earth preparing her wedding garments, which according to Revelation 19:8 are her righteous acts.

The groom utilized the separation period to return to his father’s house to construct the couple’s new home on the premises. John 14:1-4 points out that this is a function Christ is presently performing in heaven. John 14 says Christ is building mansions at His Father’s house for His followers. Believers can expect to inhabit spectacular heavenly abodes because several Scriptures point out that Christ is no novice when it comes to carpentry.

This question was asked by Jesus’ local countrymen who were astounded by His teaching in the neighborhood synagogue. They had identified Him as a carpenter in the past, rather than the prophet He had become.

The major premise that can be drawn from these Colossians verses is that Jesus can create anything, including thousands of stars, species, varieties of vegetation, and much more. Thus, the minor premise is, He can construct spectacular mansions for his faithful followers. 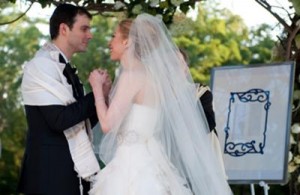 At the appropriate time, after the construction was completed, the groom came to fetch his bride. Although the bride knew the time would come, she didn’t necessarily know precisely when. This is the case with believers today; they know Christ is coming, but don’t know the day or hour. Also, the groom’s arrival was usually accompanied by the best man and several friends. When the party arrived to fetch the bride, there was often a shout from the friends to announce the groom had arrived. 1 Thessalonians 4:16 declares there will be a shout from His friend the archangel announcing Christ’s return.

Once fetched, the two returned to the groom’s father’s house where they were secluded in a bridal chamber (huppah). While inside the chamber they consummated their marriage by entering into physical union for the first time. They remained secluded in the chamber for seven days while the wedding guests enjoyed the wedding feast at the groom’s father’s house. This will be the similar case with Christ and his believers. Together they will be secluded somewhere in heaven consummating their union, while the seven years of tribulation take place on Earth. The seven-days seem to represent these seven years of tribulation.

After the seven days had elapsed, the groom brought his bride out of the chamber to greet the wedding guests and partake of the celebration. This will be the case after the trib-period; Christ will reign in His messianic kingdom and His bride will co-reign faithfully by His side.

This Jewish wedding model suggests that believers escape the seven years of tribulation, by being safely secluded somewhere in heaven.

Believers are promised by Christ to escape the wrath of God that is poured out during the seven year trib-period on unsaved humanity, but they receive important instructions from the Bridegroom in the Book of Luke.

But take heed to yourselves, [bride / believers] lest your hearts be weighed down with carousing, drunkenness, and cares of this life, and that Day come on you unexpectedly. For it will come as a snare on all those who dwell on the face of the whole earth. Watch therefore, and pray always that you may be counted worthy to escape all these things that will come to pass, and to stand before the Son of Man. (Luke 21:34-36; emphasis added).

Christ warns His bride to be sober, watchful, and prayerful while she prepares her trousseau (righteous acts). The promise is that she will be worthy to “escape all these things that will come to pass,” alluding to the wrath that is to come. She is not being invited to endure all these things, nor is she being informed that she will escape only some of these treacherous things. No, none of the above; Christ’s bride gets a honeymoon suite specially prepared in heaven according to John 14, where she goes to escape the wrath of God. If you listen carefully you can hear through the sirens sounding out the signs of the end times and hear the Divine Carpenter, Jesus Christ, pounding in the finishing nails on our mansions in heaven.