Signs of the Times Prophetic Forum – by Dr. David Reagan Part I 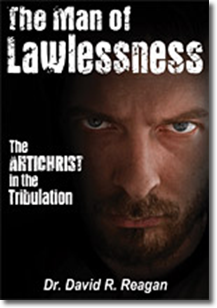 Recently Dr. David Reagan, the founder of Lamb and Lion Ministries, released an excellent Bible prophecy book called “The Man of Lawlessness, The Antichrist in the Tribulation.” In his book Dr. Reagan interviewed a panel of 22 respected end-time’s experts about some of the following topics.

The members of the panel are listed below alphabetically by their last names.

The general consensus of this who’s who of Bible prophecy panel was that the Antichrist is alive today, but won’t be revealed until after the Pre-Tribulation Rapture, and he won’t be a Jew or a Muslim, but rather he will be a Gentile that comes out of the revived Roman Empire, probably the European Union of today.

Dr. David Reagan is now writing another follow up book, and like the one above, will include answers from a panel of experts. Again, he has asked me to be on the panel. Below you can preview the questions he is asking, and my responses to them.

Dear David, thank you for including me within the panel of experts in your excellent book called “The Man of Lawlessness.” Moreover, thank you for inviting me to participate in the prophecy panel as part of your next book. Your interview questions followed by my answers can be read below.

1) Do you believe we are living in the season of the Lord’s return, and if so, why?

Yes I believe we sit squarely in the season of the Lord’s return. Increased natural disasters, heightened rumors of Middle East wars, and collapsing global economies all pave the way for the rise of the Antichrist, and ultimately the return of the Lord to end his tyrannical rule. In fact presently, every weapon is fashioned, technology developed, empire-revived, and confederate-alliance-formed, enabling all end time’s prophecies to be fulfilled.

Concerning “the Lord’s return,” it is important to point out that Christ actually return’s twice; first in the Rapture of the believers, (1 Corinthians 15:51-52, 1 Thessalonians 4:15-18) and subsequently in His glorious second coming in judgment (Matthew 24:30), which is followed by the establishment of His 1000 year messianic kingdom (Revelation 20:4). Concerning the Rapture, the apostle Paul taught the Thessalonians (1 Thess. 4:15, 17) that it was an imminent event that could occur even during his lifetime. Thus, now we are approximately 2000 years closer to the fulfillment of this prophecy that could happen in any twinkling of an eye moment.

Unlike the Rapture, the second coming is not an imminent event, but happens about seven years after the Antichrist confirms a covenant with Israel. (Daniel 9:27, Isaiah 28:15, 18). This means the nation of Israel had to be rebirthed prior. This prerequisite condition was fulfilled on May 14, 1948. Moreover, Christ’s Second Advent comes approximately three and-a-half years after the Antichrist enters into a future Jewish Temple and commits the abomination of desolation prophesied by the prophet Daniel. (Matthew 24:15, Daniel 9:27, 12:11). A tell-tale sign that the Second Coming draws near is that the Jews are hoping to construct this temple soon. The fact that Israel captured East Jerusalem, the location of the first and second temples, in June, 1967 makes the construction of a third temple feasible.

2) What do you consider to be the single most important sign of the times, and why?

The super-sign of the end times is the existence of the nation of Israel, and this was pointed out by Christ in Matthew 24:32-34 in the parable of the fig tree. Through the parable He taught that some future generation would be able to claim that the long list of prophecies predicted in Matthew 24 had found fulfillment. By instructing His disciples to “learn” the parable, which identified Israel through a familiar Old Testament typology of the fig tree, Christ elevated this prophecy to the forefront of all the last day’s prophecies He discussed. 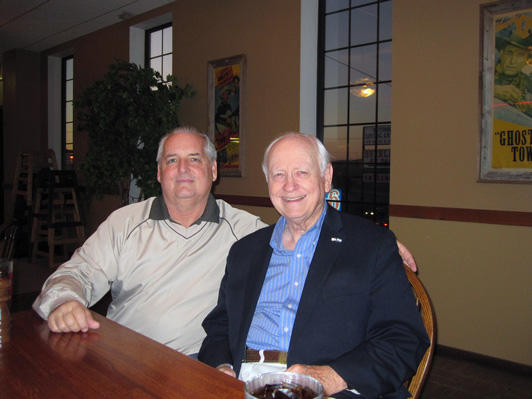 3) What do you consider to be the second most important sign, and why?

There are many other secondary signs to choose from including the existence of the IDF in preparation to fulfill the prophecies of Ezekiel 25:14, 37:10, Obadiah 1:18, the rekindled “Ancient Arab Hatred” of the Jews in Ezekiel 25:15, and 35:5, the inseparable national relations of Russia and Iran as predicted in Ezekiel 38:1-5. But, topping the list from my viewpoint has to be the “Luke Warm” condition of the Christian Church today.

Christ warned in the letter to Laodicea in Revelation 3:14-22 that the last day’s condition of the Church would be nauseating. In fact He said in Revelation 3:17 that it would be wretched, miserable, poor, blind, and naked. In this apostate condition the Church would treat Christ as a stranger rather than acknowledge Him as the Savior. He portrayed Himself standing outside the doors of the unrepentant Church knocking to get back in (Revelation 3:20).

The professing Church has been on a downward slide for about a century, but the relatively recent emergence of the “Emergent Church,” is the tombstone of the dead church. Merging Christianity with New Age mysticism, Islam, and ancient Eastern religions, the Emergent Church epitomizes the warnings issued to Laodicea.

Conversely, I don’t believe these passages date set when a final generation exists; rather they simply inform us that a final generation will exist. After drawing attention to Israel as the super-sign of the end times in Matthew 24:32, Christ says in verse 34, “Assuredly, I say to you, this generation will by no means pass away till all these things take place.”

This beckons the question of “What things was the Messiah alluding to?” Certainly the main thing Christ alluded to was the nation of Israel as the parable of the fig tree, but the Lord didn’t say “When you see that sole thing, the final generation exists.” Christ alluded to everything that He had predicted throughout Matthew 24:2-29, 32.

The point I believe the Lord was making, is that some generation will be able to say, “Yes, everything that Jesus Christ predicted in the Olivet Discourse has found fulfillment with 100% accuracy.” That generation will be the Tribulation Generation that can say all the prophecies can be read about in the history books.

The generation that can declare that all the Matthew 24:2-29, 32 prophecies have found final fulfillment will be able to say there is only one more main prophecy that we await, and that is the glorious Second Coming of Christ (Matthew 24:30). That final generation will have nothing else to watch for, or hope in, but the return of the Lord to remedy the heinous condition of mankind; and indeed He Comes!

When interpreting Daniel 12:4, I find it helpful to split the verse into two sections as follows;

“But you, Daniel, shut up the words, and seal the book until the time of the end; (Daniel 12:4a) many shall run to and fro, and knowledge shall increase.” (Daniel 12:4b)

Daniel 12:4a informs that the prophetic information of Daniel 12:1-3 would find fulfillment in a future generation, rather than his. Daniel 12:1-3 contained both good and bad news. The bad news was that Daniel’s people, the Jews, would experience an unprecedented period of travail as a nation. The good news was that through that tribulation a faithful remnant of Jews would emerge. Moreover, Daniel 12:2-3 informed of a future resurrection of the dead that would be followed by a divine judgment. The resurrected righteous would be rewarded with everlasting life, but the unrighteous would be escorted to everlasting shame and contempt.

The instruction issued to Daniel in 12:4a to “shut up the words, and seal the book until the time of the end,” essentially orders him to let these specific prophetic matters rest, because there full discernment would be accomplished by a future generation, which is identified in Daniel 12:4b.

Daniel 12:4b provided comforting news to Daniel by informing him that some generation would greatly glean from his prophecies. Those discerning his prophecies and benefiting from them in the time of the end, would be traveling to and fro, and knowledge would be readily available to them.

Today’s eschatologists have the advantage of understanding the intended ramifications of Daniel 12:4b. With the advent of planes, trains, and automobiles prophecy buffs can get to any teaching venue they desire expeditiously. Moreover, present technologies enable the flow of information via a plethora of media sources, including the Internet, and TV. Knowledge began to increase with the invention of Gutenberg’s printing press around 1439. This enabled the Bible and other related readings to reach the masses.

Above all, I believe that Daniel 12:4b teaches that his prophecies would be discerned at the appropriate time; when they made sense, and were needed to inform and equip the final generation. What was important for Daniel to know was not that people would be able to scoot around all over the world, or be able to get information at the touch of a button, but that his prophecies would be understood and applied at the necessary time. Presently, Bible prophecy teachers like Dr. David Reagan, Dr. Arnold Fruchtenbaum, Nathan Jones, and a host of others are discerning Daniel’s important prophecies, and at just the right time, in the time of the end.