Recently Dr. David Reagan, the founder of Lamb and Lion Ministries, released an excellent Bible prophecy book called “The Man of Lawlessness, The Antichrist in the Tribulation.” In his book Dr. Reagan interviewed a panel of 22 respected end-time’s experts about some of the following topics. Part II continues below: 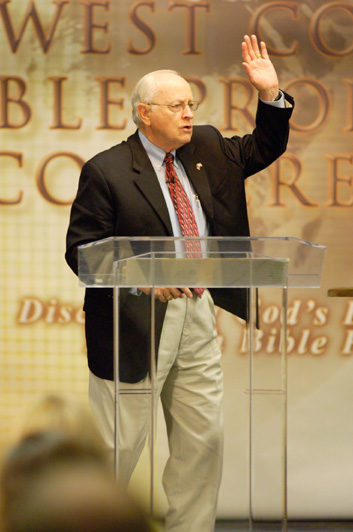 Daniel 12:8-9 needs to be understood contextually with all of Daniel 12:5-13.
Subsequent to his instructions in Daniel 12:4 to “shut up the words, and seal the book until the time of the end,” Daniel overheard more troubling details about when the power of his people would be shattered. The period of travail described in Daniel 12:1 would occur within the abbreviated timespan of three and-a-half years. (Daniel 12:5-7). This news must have deeply disturbed Daniel, which in turn prompted him to ask in verse 8, “My lord, what shall be the end of these things?” Daniel is reminded in verse 9, like he had been in verse 4, that this information was intended for a future generation, rather than his.

Daniel 12:9-12 informs that the final three and-a-half years of his seventieth week identified in Daniel 9:27, will be started when the Antichrist goes into the third Jewish temple and commits the abomination of desolation that Christ forewarned about in Matthew 24:15. In Daniel 12:10, the prophet is reminded of his words to Nebuchadnezzar in Daniel 2:21b, which is that “He (the Lord) gives wisdom to the wise and knowledge to those who have understanding.” This was a good news reminder to Daniel that his prophecies would be appropriately discerned by the wise in the time of the end.

In summary, Daniel 12:13 below describes the Lord’s benevolent plan for Daniel, which adequately explains why the Hebrew prophet was to simply “shut up the words, and seal the book” in verse 4, and peacefully “Go your way” in verse 9.
“But you, (Daniel) go your way till the end; for you shall rest, and will arise to your inheritance at the end of the days.” (Daniel 12:13, nkjv).

7) Do you believe God is speaking today through signs of nature? Explain your answer.

Yes I do believe another tell-tale sign of the end times is evident in what is taking place in nature. Christ warned about earthquakes in various places in Matthew 24:7, and great earthquakes in Luke 21:11. According to the U.S. Geological Survey (USGS), “It is estimated that there are 500,000 detectable earthquakes in the world each year. 100,000 of those can be felt, and 100 of them cause damage.”

Increased earthquakes are only one sign of the end times within nature. An additional interesting anomaly that suggests another end time’s prophecy is stage-setting is the birds of prey phenomena occurring in Israel. Griffon Vultures and many other types of birds that normally migrated through Israel have begun to nest and settle in the Jewish state as of recent. Gary Fisher of www.lionofjudahministry.org has been studying this phenomenon, and believes that this bizarre bird phenomenon could mean that the birds of prey are gathering in preparation for the sacrificial meal of Ezekiel 39:4, 17. Many eschatologists believe that the Ezekiel 38 and 39 Gog of Magog invasion of Israel is nearing fulfillment.

8) What do you consider to be the most important technological development from an end time prophetic viewpoint? And why?

The Internet would be my top candidate for the most important technological development from an end time prophetic viewpoint. Via the Internet, news streams can be seen worldwide, information can be collected and transferred swiftly, and email and social networks can communicate targeted messages to intended recipients.

Through the Internet all of mankind can watch the lifeless bodies of the two witnesses of Revelation 11:3-11, lie dead in the streets of Jerusalem for three and-a-half days. Moreover, the Antichrist can conduct his cashless society of Revelation 13:16-17 through Internet related GPS tracking methods. Most importantly, the Internet enables the word of God, and Christian commentaries to be transmitted exponentially throughout the world to interested parties, which appears to partially fulfill Daniel 12:4b, (the increase of knowledge).

9) Do you believe the development of the European Union is a fulfillment of end time prophecy?

Yes, I believe the existence of the E.U. today sets the stage for the final fulfillment of the prophecies of Daniel 2:40-44, 7:7-8, 23-24, 9:26-27, Revelation 17:11, and elsewhere that called for a fourth Gentile Empire to be revived in the last days. The four Gentile Empires were Babylon, Medo-Persia, Greece, and Rome. Thus, the revival of the fourth Gentile Empire applies to ancient Roman Empire, which finds its closest association with today’s EU.

Daniel 7:23-24 predicted that a global government would form out of the fourth Gentile Empire, and that it would ultimately morph into a ten-division state. There exists differing views as to the composition of the ten-division state. Some believe Europe is ultimately divided into ten nations, while others believe the world is split into ten regions. I embrace the latter view, but recommend the following books for further information on this subject.

God’s Plan For The Ages, by Dr. David Reagan, pages 81-85 of the “Empires in Prophecy” chapter. And, The Footsteps of the Messiah, by Dr. Arnold Fruchtenbaum, pages 125-129 of “The Sequence of Pretribulational Events” chapter. 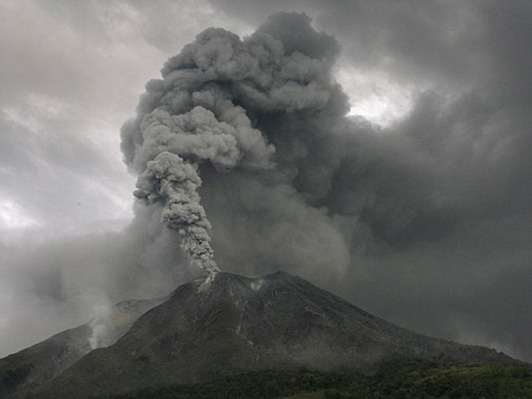 10) Do you believe there are signs of the times that are unique to our day?

Yes, most definitely I believe that many signs are end times specific. For instance, Russian and Iranian national relations have never been stronger. This sets the stage for the fulfillment of the prophecies in Ezekiel 38 and 39. Also, the fact that Israel has nuclear weapons makes the destruction of Damascus predicted in Isaiah 17:1 entirely possible. Isaiah 17:9 suggests that Israel is responsible for this destruction, and Isaiah 17:14 foretells the destruction occurs swiftly, seemingly overnight.

Additionally, On July 26, 2006 a thousand-year-old Book of Psalms was discovered by a construction worker in a bog in Ireland. The book was found opened ominously to Psalm 83, which contains a prophecy concerning an Arab confederacy that wants to wipe Israel off of the map. This could be a tell-tale sign that the Psalm 83 Arab – Israel war is about to happen because the find, which was heralded as the “Irish Dead Sea Scroll discovery” at the time, occurred when the 34-day Hezbollah conflict with Israel was occurring. Hezbollah, represented by the “inhabitants of Tyre,” seems to be described in the Psalm. I believe this miraculous occurrence was providential rather than coincidental.

There is no shortage of specific signs that are unique to our day and the list above only covers three of them. As stated earlier, one of the most telling signs of the end time’s is the “Luke Warm” condition of the Christian Church. Throughout varying intervals of Church history there have been indications of apostasy occurring, but what we witness today with the sanctioning of Lesbian ministers and gay bishops, and the push to embrace Chrislam, and the Emergent Church, is clear evidence that we are uniquely residing at the end of the end times.

11) The Bible speaks of spiritual signs of the end times, both positive and negative in nature. Which do you consider to be the most important and why?

By far and away, I believe the rebirth of the nation Israel is the most positive sign of them all. The survival of the Jews after repeated persecution and genocidal attempts, coupled with the fact that they again exist in the Promised Land today, undeniably demonstrates that the Lord God of Abraham, Isaac, and Jacob is a promise-keeper. The Lord made an unconditional promise to Abraham in Genesis 15 and elsewhere that he would have descendants and a homeland forever. As of May 14, 1948 this is the case.

The fact that Israel exists today should remind Christians that they worship a promise keeping God. This is important for them to recognize because the assurance of their eternal salvation hangs on the premise of a gift of grace promised by the God of Abraham in Ephesians 2:8-9 below.

For by grace you have been saved through faith, and that not of yourselves; it is the gift of God, not of works, lest anyone should boast. (nkjv).

Christians are not saved of themselves according to these verses, but need the Lord to apply the gift of His grace for the fulfillment of their salvation. If God was finished with the Jew, as replacement theologians teach, then that would mean he broke an unconditional covenant with Abraham, Isaac, and Jacob. If God was done with the Jew, then what stops Him from being done with you?

Fortunately, the Lord is not done with the Jew or you, if you’re a born again Christian, which leads to the next positive sign of the end times, and that’s the imminent return of Christ in the Rapture for us. Ultimately, this will surpass the reestablishment of the nation Israel as the super-sign of the end times. Are you ready to be Raptured?