Listen to Bill on Light For Souls Radio – Canada 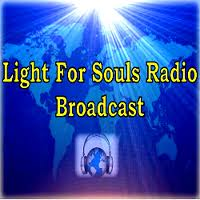 You are invited to listen to Bill’s interview on Light For Souls Radio based in Canada. This timely interview was done on February 4, 2013. Bill identifies who the Psalm 83 Arabs are, and why Psalm 83 is an imminent prophecy for our time. Also, Bill clarifies how Israel becomes the next Mideast superpower after the Israeli Defense Forces defeat the Psalm 83 Arab confederacy.