The Edge of Eternity – An Alternative View of the Millennium 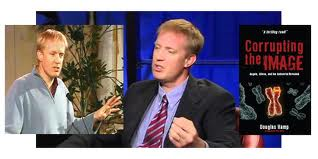 You are invited to listen to a fascinating Prophecy Update radio interview about the 1000-year millennium. Bill’s guest is Douglas Hamp, the author of a brand new book due out in the summer of 2013, called The Edge of Eternity. Doug’s upcoming book addresses an alternative view about the reign of Christ during the 1000-year messianic kingdom period. Hamp’s new insights in his book are guaranteed to create quite a stir in the scholarly community.

As the talk show host, I was at the edge of my seat as Doug spoke about the Edge of Eternity, and taught about concepts that were border-line contrary to my conceptual understandings of the millennium. And yet, he presents a very convincing case. Whether you agree with his discernments or not, you will certainly recognize that his arguments are possible, and very convincing.

1.) Why people can still die at the age of one-hundred during the messianic kingdom according to Isaiah 65:20, which declares:

2.) What happens when the 1000-year period ends,
3.) How a mortal millennial man receives his immortal body,
4.) How mortals and immortals co-exist during the millennium,
5.) Why animal sacrifices continue throughout the 1000-years,
6.) How near mankind is until the Lord, Jesus Christ, returns to set up His 1000-year kingdom,
7.) The critical literal importance of the “living waters” in Zechariah 14:8, which informs:

These topics and many more are discussed in this end timely radio show.

Listen to PART ONE