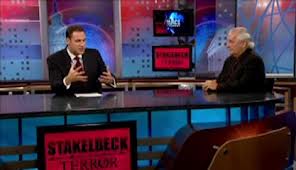 Erick Stakelbeck of CBN TV’s program called THE WATCHMAN interviews Bill Salus about the ancient prophecy of Elam in Jeremiah 49:34-39. Erick and Bill point out that the prophecy probably alludes to Iran’s dangerous nuclear program. The program aired on CBN on election day, November, 4, 2014.

Stakelbeck unpacks the Iranian nuclear problem and ISIS as an American threat in the first half of the show. Then in the second half, he interviews Bill Salus about the prophetic implications of Iran’s nuclear program, specifically dealing with the Ancient prophecy of Elam.