View from the Bunker Radio – Nuclear Showdown in Iran 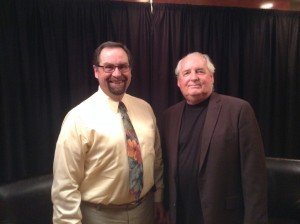 DID THE prophet Jeremiah foresee a nuclear disaster in Iran? During a conference that just happened to fall in the middle of Operation Protective Edge, a ground offensive by the Israel Defense Force into the Gaza Strip, we talked with Bill Salus of Prophecy Depot Ministries about the conflict between Israel and Hamas and the possibility that it could spread into a wider regional conflict. We also talk about Egypt and how the collapse of the Muslim Brotherhood’s government there has affected the situation in Gaza.

Then we discuss Bill’s new book Nuclear Showdown in Iran: Revealing the Ancient Prophecy of Elam. He explains why he believes Jeremiah 49:34-39, a prophecy against the ancient nation of Elam, could foretell a nuclear disaster in Iran that scatters people in the area of the Bushehr Nuclear Power Plant “to the four winds”.