Biblical Prophecy is Finding Fulfillment as Events Unfold across the Mideast 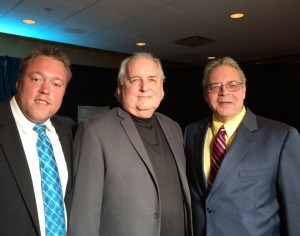 Biblical prophecy appears to be nearing fulfillment as today’s headlines seem to point toward the 2600 year-old parallel end-times prophecies issues by the Hebrew prophets Jeremiah and Ezekiel concerning modern-day Iran. We are bearing witness to the rogue country becoming a nuclear nation and aggressively advancing its hegemony throughout the greater Middle East. Jeremiah’s foretelling of Iran’s future presents us with a treasure trove of clues that seem to be shedding light about the possible fate of Iran’s current nuclear aspirations.

Bill Salus explains which Bible prophecies are on the verge of finding fulfillment on the Hagmann and Hagmann radio show. Bill bears the burdens on his heart from the Lord on this show. Find out the primary purpose of the ancient prophecies that have been reserved for fulfillment in this generation.

Click Here to read more and to listen to this critically important radio show.