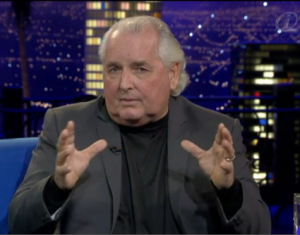 Bill Salus shares Padina’s story on TBN TV. This miraculous story was watched by an international audience numbering in the millions. This is a story about a miracle in Iran that proves Jesus Christ is still in the miracle business. This is a short clip from the heavily watched TBN special END TIMES PRAISE show that aired on March 9, 2015.

The show was hosted by Perry Stone and featured guests Jonathan Cahn, Bill Salus and Mark Biltz. Presently the show is on pace to become one of the most watched TBN specials in their history, at least over the Internet. The show is scheduled to air again in its entirety on March 25, 2015. CLICK HERE to watch this TBN special over the Internet.

Padina’s story is one of many that illustrates how the Holy Spirit is working through Iran Alive Ministries and satellite television to get the GOOD NEWS GOSPEL message of Christ into Iran. TBN’s Nejat TV, which is hosted by Reza Safa, is another satellite TV show that reaches into the Farsi speaking countries of Iran, Afghanistan and Tajikistan to share the gospel of Christ.