Yes Second Chance After the Rapture 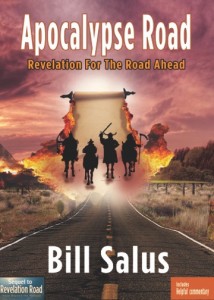 This article is taken from the soon to be released book by Bill Salus entitled, Apocalypse Road, Revelation for the Road Ahead. Apocalypse Road is the Sequel to Revelation Road, Hope Beyond the Horizon. Watch the Revelation Road book trailer below for more information about the “Road” through the end times book series.

Do people who get left behind from the Rapture still have a second chance to get saved afterwards? This question only applies to individuals who have heard the good news about Jesus Christ before He comes to Rapture His Bride, the Church, up to heaven. They need a second chance after the Rapture because they did not become believers beforehand. This now or never teaching primarily comes from what I believe is an erroneous interpretation of 2 Thessalonians 2:1-12. Listed below are a host of reasons to believe that people do receive a second chance at salvation.

Salvation is part of God’s loving plan for mankind

John 3:16 tells us that God loves everyone and wishes that no one would be denied the gift of salvation. He sent His only begotten Son, Jesus Christ to the cross for this purpose. Depriving anyone of the prospect of being saved is against the heart of God. God is love (1 John 4:8). He is merciful, gracious and slow to anger (Psalm 103:8). The Lord delights in people (Proverbs 8:31). God is the heavenly Father (Matthew 6:8). Jesus encouraged the apostle Peter to extend forgiveness a minimum of 490 times (Matthew 18:20-21). God’s goodness is what leads men to repentance (Romans 2:4). It seems illogical to think that God, possessing the attributes above, would single out a select group and deprive them of a second chance at salvation.

Multitudes of people get saved after the Rapture

The text of 2 Thess. 2 does not clearly support the no second chance view

Many biblical predictions are very specific. For instance;

• Isaiah 17:1 informs that the city of Damascus is going to be reduced to rubble and cease from being a city. This is a prophecy that many of us believe remains unfulfilled and could occur in the near future.
• Jeremiah 25:11 accurately predicted seventy years of desolation for the land of Israel.
• Isaiah 45:1 foretold that King Cyrus of Persia would subdue nations, which occurred during the reign of the Persian Empire.

These examples provide clear and concise prophetic information. They can easily be interpreted literally. Such is not the case with the 2 Thess. 2 verses. Nowhere do these verses clearly state that those condemned in 2 Thess. 2:12 were privy to having heard the gospel prior to the Rapture.

Since the deprivation of a select group’s salvation is such a severe punishment and goes against the character of God’s nature, it seems like more prophetic specificity should have been provided within the pertinent text. The fact is that such clarity is not provided anywhere within the text; not in 2 Thessalonians or anywhere else within the Bible.

The no second chance view would be more believable if somewhere in 2 Thess. 2 it said something like;
“Now, brethren, concerning the coming of our Lord Jesus Christ and our gathering together to Him, we beseech you who hear our good report before His coming, that you believe upon Him, because there is no salvation available for you afterward.” (2 Thess. 2 nowhere) 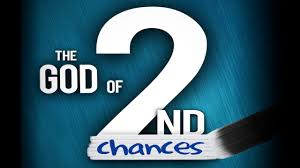 It’s impossible to know precisely how many of those left behind from the Rapture will have heard the gospel beforehand. It would be safe to suggest that they could number in the hundreds of thousands, if not the millions. It only takes one conversion from this bunch to nullify the entire no second opportunity at salvation view.

Take for instance a single member of the 144,000 witnesses in Revelation 7. These are servants of the living God. Certainly they must be saved souls. Most of the no second chancers would agree that these are individuals that have been left behind. If just one of them has heard the gospel before the Rapture, the no second chance teaching is nullified in the exact moment of their salvation. Thus, according to the now or never theology, none of the 144,000 witnesses can have ever heard the gospel before the Rapture.

I find this thought preposterous! How could these 144,000 be as effective in preaching the gospel as they will be unless they knew something about the gospel beforehand? They appear to be partially responsible for the multitudes being saved during the great tribulation period. (Revelation 7:9-17)

Another foreseeable problem with the now or never theology is the gap that exists between the Rapture and the implementation of the strong delusion referenced in 2 Thess. 2:11. This verse calls this delusion “the lie.” According to the no second chance argument, it is “the lie” that prohibits people from obtaining salvation.

For the sake of this section the lie will also be referred to as the “Point of No Return,” because once someone accepts the lie, they officially reject Christ and there is no turning back. The only line of no return referenced elsewhere in the Scripture is when someone receives the “Mark of the Beast.” (Revelation 13:11-18 and 14:9-11)

2 Thess. 2:5-12 points out that the implementation of the “strong delusion” that comes upon mankind involves a process. It does not appear to occur simultaneously with the timing of the Rapture. Why that’s a problem for the now or never thinking will be discussed at the end of this section.

The process of perpetrating the lie involves Satan. The devil is allowed to utilize all of his power, signs, lying wonders and unrighteous deception to delude mankind.(i) The verses below inform that it is belief in this lie that condemns those alive after the Rapture to damnation.

And for this reason God will send them strong delusion, that they should believe the lie, that they all may be condemned who did not believe the truth but had pleasure in unrighteousness. (2 Thess. 2:11-12; emphasis added)

This gap between the rapture and full implementation of the lie becomes problematic for the no second chance argument because it implies that at the instant the rapture occurs, those left behind that had previously heard the gospel, are doomed to damnation by some other factor than the lie.

The major premise is that the lie is what condemns all the unbelievers after the rapture, whether or not they had heard the gospel. The minor premise is that no human living in the world after the Rapture can be properly condemned to damnation until the lie is put in place as the point of no return. If one buys into the lie by accepting the mark of the beast, they cross this point of no return.(ii)

Herein lays the problem for the now or never proposition. The lie, which is probably embodied by the mark of the beast, is not put in place until a minimum of three and one-half years after the Rapture. It is commonly taught that implementation of the mark takes place in the middle of the seven year Tribulational period.

The establishment of the lie will probably take longer, because there is a gap of unspecified time between the Rapture and the commencement of the seven years of tribulation. The seven year time clock starts with the confirmation of the false covenant referenced in Daniel 9:27. Sequentially, the Rapture occurs and then sometime afterward the false covenant is confirmed. Then three and one-half years later the mark of the beast is instigated.

Simply stated, all people can be saved up to the point of no return. This means that between the Rapture and the midpoint of the Tribulational period, everyone on the planet has the ability to receive Christ, even if they had heard the gospel before the Rapture! Unless the Lord supernaturally puts blinders on those needing a second chance, they have at least three and one-half years to become believers.

Nowhere in Scripture does it allude to some zombie like group with no hope for salvation that exists in a condition of limbo until they can get in line to receive the mark of the beast.

The timing and context of 2 Thess. 2 does not support this view.

Another important argument against the now or never view is that the timing and context of 2 Thess. 2 addresses events that climax in the Tribulational period, rather than prior to the Rapture.

“These (2 Thess. 2) verses have often been interpreted as teaching that if one hears the gospel before the Rapture and rejects it, he will not have an opportunity to be saved after the Rapture. But this is not the teaching of this passage. The point of no return is the acceptance of the “big lie” of the Antichrist’s self-proclaimed deity and the submission to the worship of him by means of taking the mark of the beast. It is only then that the point of no return is actually reached. The option of taking the mark of the beast only begins in the middle of the tribulation. Even the context of this passage shows that it speaks of events that occur in the middle of the tribulation. The worshippers of the Antichrist do so because they are deceived by the Antichrist’s power of miracles. They are deceived because they received not the love of the truth. The rejection of the gospel was not what they may have heard before the Rapture but rather the preaching of the 144,000 Jews and the Two Witnesses.”(iii)

The arguments provided in this article should give the reader hope that there is always a second chance to receive salvation unless a person accepts the lie, which is evidenced by taking the Mark of the Beast. Remember, if you receive Christ, Who is the truth, you will never believe in the lie that is soon forthcoming!

If you want to learn more Revelation for the Road ahead, pick up your copy of Revelation Road, Hope Beyond the Horizon. Click here to purchase Revelation Road at the Prophecy Depot bookstore. (Watch the book trailer below).

…….
(i) 2 Thess. 2:9-10
(ii) The exception would be those who die as an unbeliever between the rapture and the implementation of the lie. According to the Bible, belief in Christ is the prerequisite of salvation, regardless of the timing of one’s death. (Acts 4:8-12, John 3:16, Romans 10:9-11)
(iii) Arnold Fruchtenbaum, The Footsteps of the Messiah: A Study of the Sequence of Prophetic Events (San Antonio: Ariel Press, 1982), p. 176.