What Happens After the Rapture? Traditional teaching suggests that the seven-year Tribulational Period begins promptly after the Rapture, but this is not necessarily the case. The people left behind appear to undergo a perilous gap period of unspecified time prior to the Tribulation. This span of time could last for a number of years.

On this seven-minute installment of End Times TV Pastor Tom Hughes interviews author Bill Salus about this mysterious Post-Rapture / Pre-Tribulation time period. Discover what Bible prophecies happen after the Rapture, but before the Tribulation.

These teachings are derived from the soon to be released book by Bill Salus entitled, “Apocalypse Road, Revelation for the Final Generation.” Pre-orders of the book will begin sometime in November of 2016. Click HERE to watch the full interview between Pastor Tom Hughes and Bill Salus. The full interview is 46 minutes. 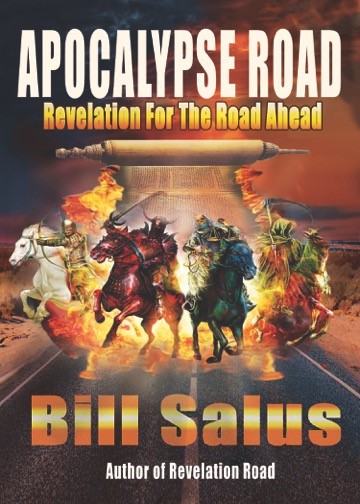 Apocalypse Road deals with the events that find fulfillment in the vastly overlooked Post-Rapture / Pre-Tribulation gap period. Many of today’s top Bible teachers are acknowledging that this mysterious interlude actually exists. However, until now, nobody has carefully thought this unspecified time-period through.

What happens after the Pre-Trib Rapture, but before the Tribulational Period begins? What world events set the stage for Israel to agree to the false covenant of Daniel 9:27? It’s not the Rapture, but this false covenant that triggers the ticking of the seven-year tribulation clock.

Apocalypse Road, is the long awaited sequel to, “Revelation Road, Hope Beyond the Horizon,” which was released in January of 2012. This apocalyptic book series takes you on an emotional prophetic journey that begins now and concludes with the Second Coming of Christ. What happens between now and then and how will foretold world events shape your future?

These books are uniquely written in a fiction and non-fiction format. Unlike the “Left Behind” novel series, the reader is blessed with both a novel and a biblical commentary. The commentary explains the intricate events are taking place inside the storyline.

Click HERE to purchase Revelation Road, or any of our other products.

Click HERE to subscribe to our free email newsletter for updates on the release of Bill’s upcoming book.