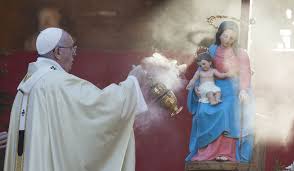 Do you think that the Virgin Mary of the Catholic Church is actually Mary, the mother of Jesus in the Bible? Pope Francis certainly believes this, as do approximately one-billion Catholics today. Are they correct, or are they gravely mistaken? Because if they are wrong, then Satan has deceived them!

Mary personally acknowledged that she was a sinner in need of a Savior, but the Catholic Church teaches that she was sinless and some Catholics believe that she should soon be elevated to the stature of Co-Redemptrix, Mediatrix and Advocate!

And Mary said: “My soul magnifies the Lord, And my spirit has rejoiced in God my Savior. For He has regarded the lowly state of His maidservant; For behold, henceforth all generations will call me blessed. For He who is mighty has done great things for me, And holy is His name. And His mercy is on those who fear Him From generation to generation. (Luke 1:46-50)

In this edition of Soaring Eagle Radio, Bill Salus takes on the Catholic Church single-handedly and explains how Satan has polluted Roman Catholicism down through the ages with false doctrine. Salus claims that the Catholic Church has unwittingly propped up one of the Devil’s demons as their blessed Virgin Mary.

Even more damming, Salus identifies Satan’s end game of supernatural deception through the Catholic Church that will be employed after the Rapture, when the restraints of the Mystery of Lawlessness, the Lawless One, and all signs and lying wonders are removed. (2 Thessalonians 2:1-12)

CLICK THE IMAGES BELOW TO LISTEN TO THIS CRITICALLY TIMELY AND IMPORTANT SHOW! 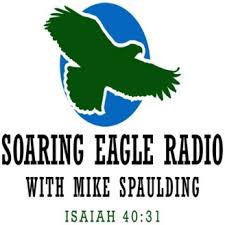