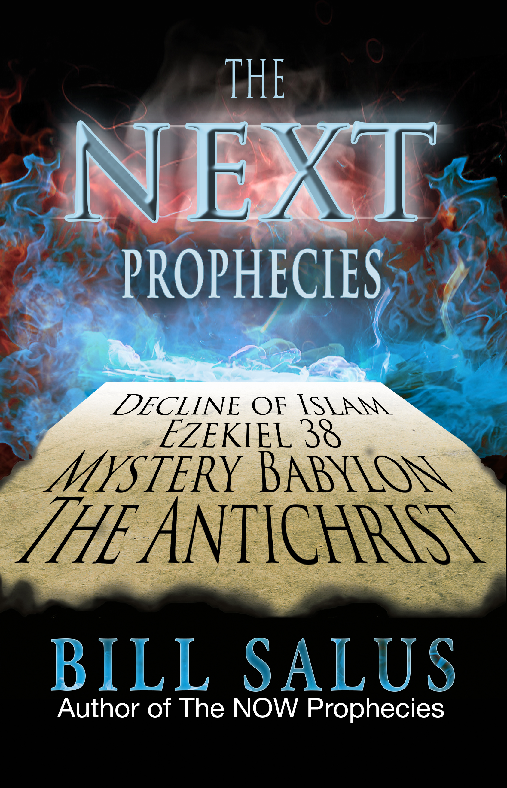 This article is taken from a chapter in the Bill Salus book entitled, The Next Prophecies.

There is a dominant tendency in the prophetic community to place the opening of the seal judgments within the seven-year Tribulation period, a.k.a. Daniel’s Seventieth Week. This article series exposes some of the potential pitfalls with this traditional teaching and introduces an alternative view to the timing of the Seal Judgments.

This time-gap hypothesis is based upon the premise that it’s not the Rapture that triggers the start of the Trib-period, but it is the confirmation of a covenant by the Antichrist between Israel and some other party or parties that triggers the ticking of the Trib-period. This covenant is identified primarily in Daniel 9:27 and Isaiah 28:15 and 18.

In early 2011, I had the honor of receiving a personal email from the late Bible prophecy expert, Tim LaHaye (1926-2016), in which he shared his thoughts with me about this topic. His comments are below.

“Pre-Trib. scholars are not agreed on whether the rapture starts the Tribulation (Nothing in scripture says it does). Daniel 9:27 says the Antichrist will confirm a contract with Israel for one week (or seven years), which leads me to believe that starts the Tribulation. There is a high possibility that the Rapture could take place prior, but only God knows how long.”

In this personal email above Dr. LaHaye admits to the possibility that a gap exists between the Rapture and the Tribulation period.”

Does the Antichrist Confirm the Daniel 9:27 Covenant in the First Seal?

First Seal: The Conqueror
Revelation 6 – Now I saw when the Lamb opened one of the seals; and I heard one of the four living creatures saying with a voice like thunder, “Come and see.” And he said unto me, “Therefore, when you see the prince who is to come confirm the covenant between Israel and many, as spoken of by Daniel the prophet, then know that the Seventieth Week has begun.” (Rev. 6; wishful thinking)

How wonderful would it have been if this is what Revelation 6:1-2 declared! However, nowhere in these two verses is the customary New Testament Greek word for covenant, which is diathēkē, even referenced. Yet, these are the very verses where most respected Bible prophecy teachers believe the infamous covenant of Daniel 9:27 gets confirmed and therefore, the seven-year tribulation period begins.

“With the breaking of the first seal and the appearance of the first of the horsemen of the apocalypse the dreaded period of time known as the Tribulation begins. This seven-year span of future world history, graphically described in 6:1-19:21, will be the darkest time the world has ever known.” (Dr. Tim LaHaye)(1)

“The world yearns for someone to bring peace to the Israeli-Palestinian problem. Peace in the Middle East is international priority number one. According to Daniel 9:27, Antichrist bursts on the world stage by forging a peace agreement with Israel (See Revelation 6:1-2).” (Dr. Mark Hitchcock)(2)

Are Dr. Tim LaHaye, Dr. Mark Hitchcock and the many others who hold this view correct? Is this truly and clearly where the book of Revelation places the commencement point of the Trib-period?

The fictitious Revelation 6 quote above could easily have been written this way when compared to an actual quote about a prophecy spoken by Daniel in Matthew 24. Jesus says,

Although in the verse above Jesus is addressing an epic event that happens at the midpoint of the Tribulation, it does allude in part to Daniel 9:27, which says, “But in the middle of the week He (The Antichrist) shall bring an end to sacrifice and offering (Taking place in the Tribulation Temple). And on the wing of abominations shall be one who makes desolate,…”

In general, the traditional view of the seven seal judgments teaches the following:
• The Rapture has occurred and thus, the Church Age has ended.
• The Church is dwelling in heaven when the seal judgments happen on the earth.
• The seals are opened relatively soon, if not instantaneously, after the Church has been raptured.
• The judgments happen in chronological order and in relatively rapid succession.
• Each seal is related to the one that precedes it. For instance, the second seal describes world wars, which results in the widespread famines and pestilences of the third seal.
• The opening of the first seal begins the seven-year Tribulation period.
• All of the seals happen within the Tribulation period. Many believe that the seals happen within the first three and one-half years of the seven-year Tribulation period.

FIRST SEAL – Revelation 6:1-2
“Now I saw when the Lamb, (Jesus Christ), opened one of the seals; and I heard one of the four living creatures saying with a voice like thunder, “Come and see.” And I looked, and behold, a white horse. He, (The Antichrist), who sat on it had a bow; and a crown was given to him, and he went out conquering and to conquer.” (Revelation 6:1-2)

This is where the White Horseman of the Apocalypse appears. This horseman represents the Antichrist. He is given a bow with no arrows, a crown and then he proceeds forth conquering and to conquer. Below is a quote from Warren Wiersbe that represents the traditional teaching.

“The first horse is white, and his rider is given a bow and a crown. Do not confuse this scene with that described in Rev. 19:11, where we see Christ riding in conquest. No, the rider here is Antichrist, the false Christ, beginning his conquest on earth. The fact that he has a bow, but no arrows, indicates that he conquers the nations peacefully. After the church has been raptured, the way will be opened for Antichrist to move in triumph (2 Thess. 2). There will be a false peace temporarily, for he will unite Europe and make his pact with the Jews (1 Thes. 5:2-3).” (Warren Wiersbe)(3)

The traditional teaching is that when the Antichrist arrives in Revelation 6:1-2, he fulfills his role as the confirmer of the Daniel 9:27 covenant. Thus, this is when the Tribulation period begins, which is also called, Daniel’s Seventieth Week. This is also when God’s divine wrath that begins to be poured out upon Christ rejecting humanity begins.

This is a logical deduction, but the potential flaw with this reasoning is that nowhere in the descriptions given in the first seal is the covenant of Daniel 9:27 specifically mentioned. Revelation 6:2 alludes to a white horse, a rider, a bow, a crown and the acts of conquering. Perhaps this is where the Antichrist confirms the covenant, but the important question is, does the text of Revelation 6:1-2 specifically state this?

Diathēkē is the Greek translation of the Hebrew word for covenant, which is “bĕriyth.” Bĕriyth is used 265 times in the Old Testament to identify the Noahic Covenant in Genesis 9:9-17, Abrahamic Covenant in Genesis 15:18 and elsewhere, and every other important related covenant. Most importantly, it is the specific word used for the covenant referenced in Daniel 9:27.

The fact that the only Greek word for covenant is omitted in Revelation 6:1-2 suggests that the traditional teaching is based upon the assumption that the major and minor premises above find application with the first seal judgment. But why does this have to be the conclusion? Why should we assume that this is what the text implies, when it reality it doesn’t clearly state this?

Some might suggest the word bow in Revelation 6:2 could be a reference to the covenant. The Greek word used for bow is “toxon.” It is only used one time in the entire New Testament in Revelation 6:2. The New American Standard Hebrew and Greek Dictionaries translate the word to mean bow. In this context it appears to be addressing a weapon, like a bow that shoots arrows.

Does the Bow of Revelation 6:2 Represent the Confirmation of the Daniel 9:27 False Covenant?

“I do set my bow, (Iris in New Testament), in the cloud, and it shall be for a token of a covenant between me and the earth. And it shall come to pass, when I bring a cloud over the earth, that the bow shall be seen in the cloud, and I will remember my covenant, (bĕriyth), which is between me and you and every living creature of all flesh; and the waters shall no more become a flood to destroy all flesh. And the bow shall be in the cloud; and I will look upon it, that I may remember the everlasting covenant between God and every living creature of all flesh that is upon the earth.” (Genesis 9:13-16; ASV)

The problems with connecting the bow of Genesis 9:13-16 with the bow of Revelation 6:2 and the covenant of Daniel 9:27 are as follows: