Is Trump’s Mideast “Deal of the Century” Peace Plan Biblical?

Since Israel became a nation in 1948, the international community has been unsuccessful in all of its bids to bring a lasting peace to the Middle East. US Presidents Bill Clinton, George W. Bush and Barack Obama all failed in their successive plans to trade land for peace.

President Trump is about to introduce his peace plan called, “The Deal of the Century.” If his plan ends the Arab-Israeli conflict then this grandiose title will be justified. However, if it fails it will just be another flop of the century.

The simple explanation for the past peace plan failures is that the only successful method to achieve this illusive peace is to follow the blueprint model provided in the Holy Scriptures. The Arab-Israeli conflict is deeply rooted in an ancient hatred. The Bible identifies it as a perpetual enmity and it is integrated into the geo-political and religious complexities existing in the region today. It’s a spiritual matter and it cannot be satisfied through secular solutions. This means that the Lord must be the essential part of the final equation. 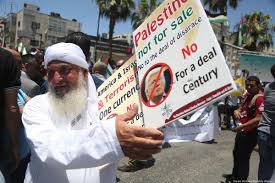 Fortunately, the Bible provides a specific plan for Mideast peace and the Arabs will be glad to know that it does include a land for peace clause. This article provides the biblical basis for the successful manner to end the Arab-Israeli conflict and achieve a lasting peace in the Middle East. The important question is, “Will President Donald Trump’s Deal of the Century peace plan be in alignment with God’s plan?”

The plan inscribed below, which was presented by the prophet Jeremiah approximately 2600 years ago, was to be fully implemented when Israel became a nation on May 14, 1948. Failure to do so has caused over six decades of conflict in the Middle East!

“Thus says the LORD: “Against all My evil neighbors who touch the inheritance which I have caused My people Israel to inherit—behold, I will pluck them [the Arabs] out of their [the Jews] land [Israel] and pluck out the house of Judah from among them [the surrounding Arab nations]. Then it shall be, after I have plucked them out, that I will return and have compassion on them and bring them back, everyone to his heritage and everyone [Jew and Arab] to his [respective] land. And it shall be, if they [the resettled Arabs] will learn carefully the ways of My people, to swear by My name, ‘As the LORD lives,’ as they taught My people to swear by Baal, then they shall be established in the midst of My people. But if they do not obey, I will utterly pluck up and destroy that nation,” says the LORD. (Jeremiah 12:14-17, NKJV; emphasis added)

This plan represents the compassionate, peaceful, political and spiritual solutions to the regional problems of the return of the Jew into the Holy Land. Jeremiah suggests that his God would cause the corridors to open for the Arabs to leave the land destined to become the Jewish state and return to the lands of their ancestry. In addition, He would resettle the Jews out of the surrounding Arab nations, and bring them back into their homeland Israel. As each ethnic group migrated, they would vacate homes and jobs enabling economic opportunities for the returning peoples and in some cases, already existing communities to inhabit. These Jeremiah passages represent the ancient blueprints, divinely designed to insure the successful return of the Jewish people back to the land of their heritage. 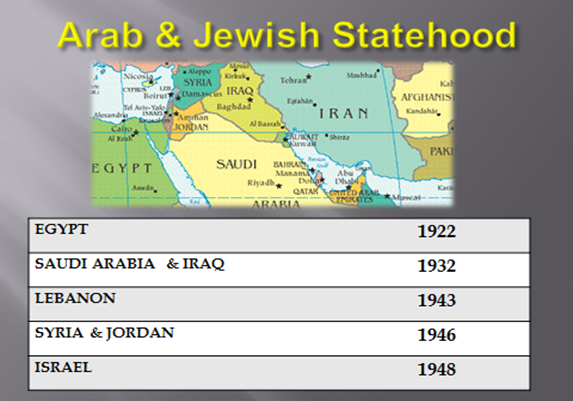 This plan was put into sovereign place after World War I when the Arab countries gained their statehoods. Jeremiah 12:15 says, “I will return and have compassion on them and bring them back, everyone to his heritage and everyone [Jew and Arab] to his [respective] land.” How’s that for a land for peace solution? The remapping of the atlases after World War I makes the political land for peace deals of our time pale in comparison.

The Middle East conflict that confounds the politicians today has not caught God off guard. The biblical peace plan took into consideration that there would be “evil neighbors” homesteading the holy land. He foreknew they would need to be relocated to make way for the return of the Jewish people. Provisions were included in Jeremiah’s prophecy for their future as well. They would be “plucked out” and resettled in their former homelands. A fertile future awaited them, if they entreated their affections to Jehovah, Jeremiah’s God.

In an apparent fulfillment of the Jeremiah 12:14-17 prophecy, millions of Arabs have been “plucked out” from the territory formerly recognized as Palestine. For over seventy years, these uprooted Arabs have been unable to relocate into an alternative homeland. These Arabs from Palestine have been reduced to a refugee status because their historic Arab relatives have mostly shut their national doors on them. These Palestinian Refugees are in the Gaza, West Bank, and in several of the neighboring Arab nations. These refugees serve as a buffer between Israel and the surrounding Arab states.

These Arab nations have cleverly managed to shift the burden of responsibility for the relocation of these refugees into the lap of the international community, the same community that legislated the re-establishment of the nation Israel as the Jewish State, implemented in 1948. UNRWA the (United Nations Relief and Works Agency), was established May 1, 1950, to find a solution to this refugee problem.

By not taking responsibility to absorb the Palestinian Refugees into their societies, these Arab nations are in a substantial breach of God’s Middle East peace plan. Regardless of the breach, God still stated through Jeremiah that if these Arabs would “swear by My name,” that they would “be established in the midst of My [Jewish] people.” However, on the flip side, “if they do not obey,” God “will utterly pluck up and destroy that nation.”

The fact that Jeremiah described the affected Arabs as “evil neighbors”, who would be “plucked out”, indicates that in the foreknowledge of God, the return of the Jew into the holy land, would not be a smooth process. Otherwise, he would have used substitute terms like, “good neighbors”, and “escorted out”. Hence the world now has an explosive Middle East conflict on its hands.

At this point, it should be duly noted that there is no Jewish Refugee crisis, since they have been welcomed and assimilated into Israeli society. The absence of any such crises is one less burden upon the United Nations, and also evidences that the Jewish people are operating in compliance with the biblically endorsed peace plan. 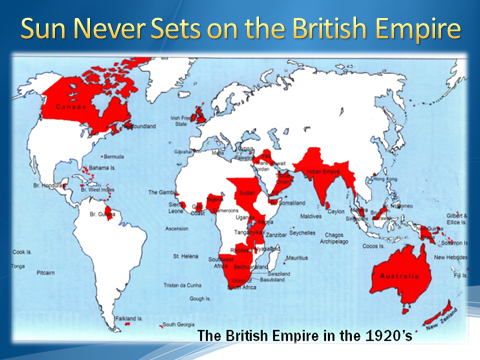 The time to have implemented the Lord’s Mideast peace plan is rapidly passing. The golden opportunities after World War I and World War II will be missed. The British Empire missed the first opportunity by failing to execute the Balfour Declaration of 1917. This official document was designed to create a Jewish state after World War I. The creation of Israel prior to World War II would have spared many Jews from the genocidal campaign of the Germans.

The failure of the British Empire to act has led in its downfall. Around the end of the 18th century, the second rise of the British Empire began. At its height, it was the largest empire in history. No other nation in history created as many colonies. The empire grew so rapidly that it was described by the phrase, “the empire on which the sun never set.” By 1922, the British Empire held sway over about 458 million people, one-fifth of the world’s population. Moreover, the empire covered more than 13,000,000 square miles, almost a quarter of the Earth’s total land area. (i)

Today, Great Britain is only a fragment of what it once was! In seventy years, between 1920 and 1990, in the midst of Israel’s rebirthing process, Britain collapsed as a world superpower. Now the sun always sets on the British Empire. Today the UK only spans 94,058 square miles and has a population of only about 64 million. 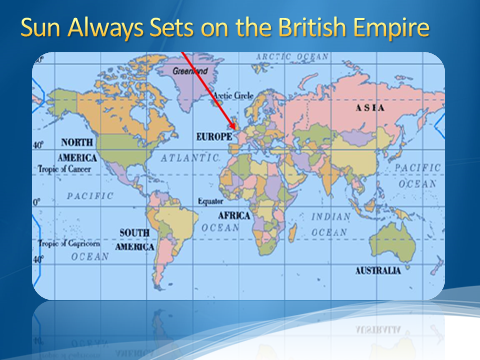 As the British Empire declined, America emerged as the world’s superpower nation. We were then called to put the Lord’s Mideast peace plan into effect. The USA played an instrumental role in the recreation of Israel. However, America did not seize the chance to enforce the biblical plan for peace at the time. This failure has resulted in US Presidents over the past several decades attempting to recreate this missed opportunity.

Unfortunately, these US Presidents have been and are currently pushing Israel to forfeit land for peace, which is not biblically endorsed, rather than utilizing the Bible’s roadmap plan for Mideast peace. This is why their political efforts toward peace continue to fail. It is also one of the reasons that America began to decline as a superpower. President Trump’s campaign promise was to, “Make America Great Again.” This pledge was because America was rapidly falling from greatness. American exceptionalism was departing. The Lord lifted up America as the sovereign tool to implement His Middle East peace plan, but the USA has failed and now mankind must face the inevitable. 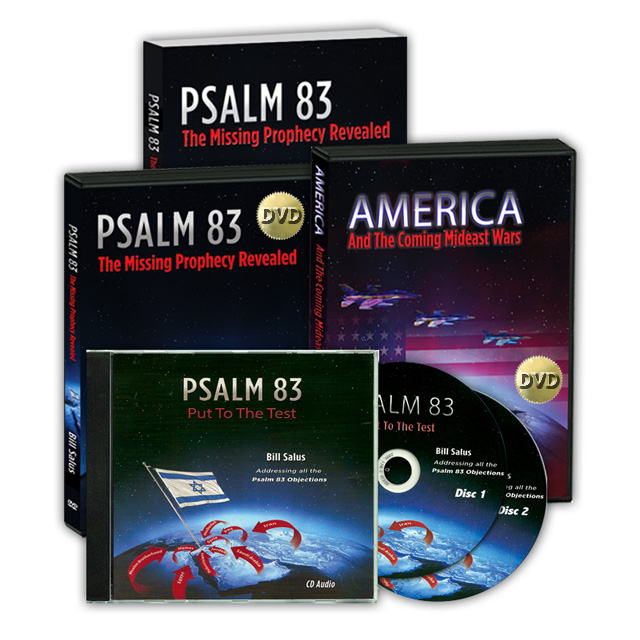 It’s doubtful at this point in time that any influential world leader will embrace the Bible’s Mideast peace plan. Even if one did, the Arabs won’t! Therefore, Jeremiah 12:17 will be the result. “But if they do not obey, I will utterly pluck up and destroy that nation,” says the LORD.”

The destruction of the opposing Arab state is predicted in several Bible prophecies. To learn more about these prophecies and what will be the end of the Arab-Israeli conflict, you are invited to read my book entitled; Psalm 83: The Missing Prophecy Revealed, How Israel Becomes the Next Mideast Superpower. The book and related DVD’s are available HERE.