When Does God’s Wrath Get Poured Out? 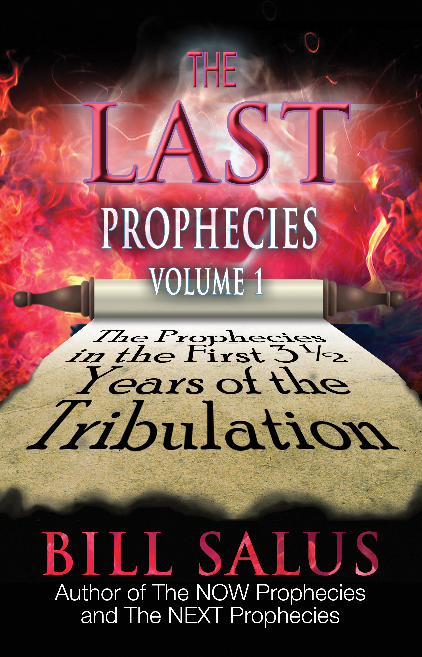 Recently, I received this letter below. The sender is wondering about the time correlations between the Post-Rapture / Pre-Tribulation Time Gap, and the start point of God’s Wrath in the Tribulation Period. This article is my response to the three questions presented within this letter. My answers include some new quotes from my upcoming book entitled, The LAST Prophecies (Volume 1).

“I have all your books and am very excited about your new thesis of the post Rapture / pre 7 year Tribulation gap period! In many ways it seems to fit Scripture. However, I have only one remaining question mark about the first 5 Seals of the 7 Sealed Scroll being opened during this time gap.

From my research about the 7 Sealed Scroll I’ve understood it to be, among other things, the stored up “Judgment” of God to be poured out on earth. In this specific case wouldn’t His “Judgment” and His “Wrath” be the same thing?

I would very much like to hear your answer to the three questions that get raised and seem to create a conflict:

Hopefully I’ve outlined my dilemma in a way that makes sense. Thank you very much for your answers and may God continue to richly bless you and your ministry!”

Bruce, thank you for reading my books, for sharing your observations and asking your 3 interesting questions above. My answers are provided and explained below.

My explanations are below.

Sixth Seal: The Wrath of the Lamb

“I looked when He opened the sixth seal, and behold, there was a great earthquake; and the sun became black as sackcloth of hair, and the moon became like blood. And the stars of heaven fell to the earth, as a fig tree drops its late figs when it is shaken by a mighty wind. Then the sky receded as a scroll when it is rolled up, and every mountain and island was moved out of its place. And the kings of the earth, the great men, the rich men, the commanders, the mighty men, every slave and every free man, hid themselves in the caves and in the rocks of the mountains, and said to the mountains and rocks, “Fall on us and hide us from the face of Him who sits on the throne and from the wrath of the Lamb! For the great day of His wrath has come, and who is able to stand?”” (Rev. 6:12-17)

The Fifth Seal Saints die for their faith, which makes it difficult to imagine that their martyrdom is the result of God’s Wrath, rather they are apparently the victims of the wrath of Death and Hades in the Fourth Seal Judgment.

“When He opened the fifth seal, I saw under the altar the souls of those who had been slain for the word of God and for the testimony which they held. And they cried with a loud voice, saying, “How long, O Lord, holy and true, until You judge and avenge our blood on those who dwell on the earth?”” (Revelation 6:9-10)

Moreover, the Fifth Seal Saints ask God when He will “judge and avenge” their blood on those who killed them. This involves a two-step process. First, God must judge, which is to deliver a guilty verdict. Second, God must execute the punishment related to the verdict, which is the outpouring of His Wrath upon the guilty parties. The Fifth Seal Saints ask God when these two things will happen, which implies God’s Wrath has not yet been poured out.

In the book of Revelation the process of the judging, wrath outpouring and avenging seems to be as follows:

Step 1: When the word “Judge” is used, it means to deliver a just verdict on the accused.

Step 2: When “Wrath” is applied from God, it alludes to the execution of the deserved punishment of the verdict.

Step 3: The use of “Avenging or Judgment of God” tends to reflect the results of steps one and two above.

I encourage you to do a Greek word study of the words below.

Whether or not the Fifth Seal Saints are actually martyred during the period of God’s Wrath could be debated, but regardless, by the time the Sixth Seal is opened, God’s Wrath has definitively come upon the earth.

In addition to its reference in the Sixth Seal Judgment, God’s Wrath is alluded to in the Trumpet and Bowl Judgments in the book of Revelation. Below are the following verses dealing with the connection between God’s Wrath and these judgments.

The sounding of the Seventh Trumpet, which segues into the outpouring of the Seven-Bowl Judgments, makes it clear that God’s Wrath is being executed upon the earth.

“Then the seventh angel sounded (His trumpet): …. The nations were angry, and Your wrath has come, And the time of the dead, that they should be judged, And that You should reward Your servants the prophets and the saints, And those who fear Your name, small and great, And should destroy those who destroy the earth.” (Revelation 11:15a and 18; emphasis added)

At the conclusion of the Seven Bowl Judgments the Wrath of God is complete.

“Then I saw another sign in heaven, great and marvelous: seven angels having the seven last plagues, for in them the Wrath of God is complete.” (Revelation 15:1)

The additional related verses to God’s Wrath in its association to the bowl judgments are: Revelation 15:7, 16:1, and 19.

It is possible that the Wrath of God begins after the first Five Seals have been opened. Although Christ opens the Seal Judgments and allows them to occur on the earth, it doesn’t necessarily mean that He is orchestrating the events that happen within the first Five Seals.

I hope this helps,