This article is taken from my book entitled, The FINAL Prophecies, The Prophecies in the Last 3 ½ Years of the Tribulation.

In order for Satan and his fallen angel friends to justify their long-ago departures from their appointed heavenly places, they need to demonstrate that GOD has character flaws. If they can team up and accomplish this they can argue that the LORD is not entirely worship worthy and that’s why they rebelled against HIM and separated themselves from the other angels that opted to stay loyal to HIM.

“(Satan) And the (fallen) angels who did not keep their proper domain, but left their own abode, He has reserved in everlasting chains under darkness for the judgment of the great day.” (Jude 1:6, NKJV; emphasis added) 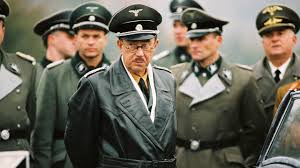 The Devil has a two-fold strategy to prove that GOD is not perfect. Both aspects of Satan’s plan can be accomplished through a single means, which is the annihilation of the Jewish race. If he can eliminate the Jews, he can kill two birds with one stone, which is pointed out below.

The persecution of the Jews climaxes after Satan loses the war in heaven against Michael the Archangel and gets cast down to earth with his fallen angelic cohorts in Revelation 12:7-12. Once these powerful evil beings find themselves confined to the earth, they kick Satan’s two-fold campaign into turbo mode and march full speed ahead to eradicate the Jews.

“Now when the dragon saw that he had been cast to the earth, he persecuted the woman, (Israel), who gave birth to the male Child, (Jesus Christ).” (Rev. 12:13, NKJV; emphasis added)

The great dragon realizes that a faithful remnant of Jews will emerge out from the nation of Israel. If Satan can eliminate every last Jew, he can accomplish two major feats. Zechariah informs of this final genocidal attempt upon the Jewish race.

“And it shall come to pass in all the land,” Says the Lord, “That two-thirds in it shall be cut off and die, But one-third shall be left in it.” (Zechariah 13:8)

1. To prove that God is a covenant-breaker. God promised Abraham that he would have descendants forever in Genesis 13:15 and these descendants would multiply like the stars of the heaven and as the sand which is on the seashore as per Gen. 22;17. (Refer to OBSERVATION #1 below).

2. To prevent the Second Coming of Jesus Christ to the earth. (Refer to OBSERVATION #2 below).

OBSERVATION #1: God made an unconditional covenant with Abraham in Genesis 15. He promised that Abraham would have numerous descendants and that they would have a promised land to inhabit. These are the notorious “Chosen People” identified in Deuteronomy 14:2 and elsewhere. If Abraham is left with no descendants, then God obviously made a false promise. If God breaks this covenant, then Satan has just grounds to argue that God is not worship worthy. One broken promise is all it takes to win his case.

OBSERVATION #2: Moreover, these chosen people will emerge out from the presently unbelieving nation of Israel as a remnant that recognizes and receives Jesus Christ as the Messiah.

“I will bring the one-third, (of the Jewish people), through the fire, (the Tribulation Period), Will refine them as silver is refined, And test them as gold is tested. They will call on My name, (Jesus Christ), And I will answer them. I will say, ‘This is My, (chosen), people’; And each one will say, ‘The Lord is my God.’ ” (Zechariah 13:9, NKJV; emphasis added)

This believing remnant will fulfill the prerequisite for the Second Coming, which was put forward by Christ Himself in the passage below. 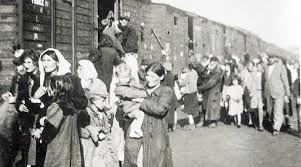 “For I say to you, (The national leadership of Israel at the time), you shall see Me no more, (Because Christ ascended up to heaven), till you, (The faithful Jewish remnant, that represents national Israel at the end of the Trib-period), say, ‘Blessed is He, (Jesus Christ), who comes in the name of the Lord!’ ” (Matthew 23:39, NKJV; emphasis added)

This national acknowledgment happens at the end of the Trib-period, as predicted by the prophet Hosea below.

“I, (Jesus Christ), will return again to My place, (Christ left heaven to be crucified on the earth), Till they, (National Israel embodied in the faithful remnant), acknowledge their offense, (The generational rejection of Jesus as the Messiah). Then they will seek My face; In their affliction, (Of the Great Tribulation Period), they will earnestly seek Me.” (Hosea 5:15, NKJV; emphasis added)

Satan realizes that if he’s successful the genocide of the Jews will eliminate the possibility of any Jew fulfilling the mandate of saying, ‘Blessed is He who comes in the name of the Lord!’ Thus, the Savior gets stranded in heaven and Satan can continue to run havoc on the earth, which is where he gets cast down to after losing the war in heaven.

The Prophecies in the Last 3 ½ Years of the Great Tribulation
is book four of an end time series and below are just a few of the prophecies it explores:

Order your copy for only $16.95 plus shipping & handling.