The Top Three Telltale Signs of the End Times 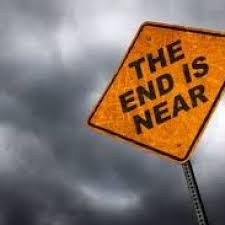 The last days, latter days, latter years and the time of the end are a few scriptural expressions of the biblical end times. The fact that this present earth has an expiration date is a central theme within the Bible. Apocalyptic predictions appear to be currently rolling off their ancient parchments and pounding down on the world’s pavement, which is why many of today’s reputable Bible scholars believe that mankind is already living in the last days!

Presently, there exists a flurry of telltale signs that indicate the FINAL BIBLICAL PROPHECIES are about to find their fulfillment. This article covers what seem to be the top three.

TELLTALE SIGN #1: The Rebirth of Israel as a Nation

TELLTALE SIGN #2: The Convergence of All End Times Signs

#1: The Rebirth of Israel as a Nation

Most prophecy experts that believe these are the last days teach the world hourglass made its final turn toward the end of days, on May 14, 1948 when Israel was rebirthed as a nation. A few of the prophecies that were fulfilled are provided below. Some of these passages correlate the latter years with the end of the Jewish Diaspora.

“…that the Lord your God will bring you (the Jews) back from captivity, and have compassion on you, and gather you again from all the nations where the Lord your God has scattered you.” (Deuteronomy 30:3, NKJV; emphasis added)

“He will set up a banner for the nations, And will assemble the outcasts of Israel, And gather together the dispersed of Judah From the four corners of the earth.” (Isaiah 11:12, NKJV)

“For I, (the LORD), will take you, (the Jews), from among the nations, gather you out of all countries, and bring you into your own land, (of historic Israel).” (Ezekiel 36:24, NKJV; emphasis added) 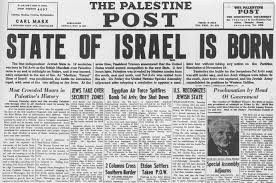 “After many days you, (a coalition of invaders), will be visited. In the latter years you will come into the land of those brought back from the sword and gathered from many people on the mountains of Israel, which had long been desolate; they, (the Jews) were brought out of the nations, and now all of them dwell safely.” (Ezek. 38:7, NKJV; emphasis added)

“You will come up against My people Israel like a cloud, to cover the land. It will be in the latter days that I will bring you against My land, so that the nations may know Me, when I am hallowed in you, O Gog, before their eyes.” (Ezek. 38:16)

These are just a few of the prophecies that were either fulfilled entirely or at least partially when Israel was reinstated as a nation. A few others are found in Isaiah 66:18, Ezekiel 37:21, Jeremiah 29:14 and elsewhere.

The regathering of the Jews into their historic homeland was unprecedented when you consider that one, it was prophesied, and two, no ethnic group had ever survived through a diaspora as long as the Jewish people. Some estimates are that 400 years stood as the historical record for an ethnic people to return from exile into their homeland.

The Jewish people shattered this record by over 1478 years. The Jewish Diaspora officially began in 70 A.D. when the Roman Empire destroyed Jerusalem and the Second Jewish Temple and lasted for 1878 years until Israel was rebirthed as a nation on May 14, 1948.

#2: The Convergence of All End Times Signs

As conclusive as the rebirth of Israel is as a telltale sign, the convergence of all the last days predictions is even more convincing. There is no technology undeveloped, weapon unmade or no national relationships unformed that would prohibit the rapid acceleration of the end of days!

The list of the FINAL BIBLICAL PROPHECIES that are currently converging is too exhaustive to cover in this short article. However, these foretellings are comprehensively covered in my end times book and DVD series alluded to at the end of this article.

If you are not yet familiar with these important end times predictions, then you will be encouraged to discover that alongside the secular worldview, there exists a biblical narrative and prophetic perspective you can learn about that will have relevance in your lifetime. This book and DVD series should convince you, as it has done for many others, that these are the latter days.

The proof in the prophetic pudding that these are the last days seems to be summed up in the potential connections between the rapidly developing digital currencies, blockchain and global digital ID technologies and the coming cashless society of the Antichrist, which is part and parcel with the Mark of the Beast. In the verses below, we are told that a time is forthcoming when all consumerism is controlled by the Mark of the Beast. Consumerism is the preoccupation of society with the acquisition of consumer goods.

“He, (the False Prophet in cahoots with the Antichrist), causes all, both small and great, rich and poor, free and slave, to receive a mark on their right hand or on their foreheads,  and that no one may buy or sell except one who has the mark, (of the Beast), or the name of the beast, or the number of his name.” (Revelation 13:16-17, NKJV; emphasis added).

The current COVID-19 pandemic and the hunt to find a vaccine cure for it, has put many nations, banks, businesses and credit card companies in a race to find the better Bitcoin, which was the first decentralized cryptocurrency. Could this be a telltale sign edging towards the Mark of the Beast connections?  Check out the IMF video that explains what cryptocurrencies are and a few of the recent headlines below.

“Is the Coronavirus Killing Off Cash?” – “Tech firms see the opportunity they’ve been waiting for as shoppers and business recoil from paper money. Who’s hurt when legal tender goes away?” (Politico – 4/17/20)[i]

“Is This The End of Cash?” – “With the coming paper currency apocalypse, your money will no longer be good here. Or there. Or anywhere.” (Town and Country – 1/28/19)

“PayPal reveals that it is developing crypto capabilities” – “PayPal’s revelation is significant since it is said to be in the works to offer crypto buying and selling services to its over 300 million users.” (The Block – 7/14/20)[ii]

“Mastercard and Visa Are Making Bold Moves Toward Mass Crypto Adoption” – “Global payment processors Mastercard and Visa are laying the foundations for crypto support that may drive adoption on a global scale.” (Cointelegraph – 7/31/20)[iii]

“China Rolls Out Pilot Test of Digital Currency” –“China’s central bank has introduced a homegrown digital currency across four cities as part of a pilot program, marking a milestone on the path toward the first electronic payment system by a major central bank.” (WSJ – 4/20/20)[iv]

“Germany is Considering the Advantages of Launching a Digital Euro” – “Over the last couple of years, numerous countries worldwide have issued statements concerning their plans for developing central bank-backed digital currencies (CBDCs). CBDCs are basically the direct response of governments to cryptocurrencies as we know them. After all, if the digital currency market is here to stay, countries want to preserve their national fiat currencies for as long as possible, before losing control of the financial market as we know it.”[v] (CryptoNews – 10/17/19)

“Why ‘every person on the planet’ will need a digital ID” – “So the organization that I run, ID2020, is leading an alliance of large private-sector companies, small startups, UN agencies, NGOs, governments…And by 2030, our goal is to enable access to digital identity for every person on the planet.” (Venturebeat.com-6/21/17)[vii]
“Why blockchain could be your next form of ID as a world citizen” – “ID is key for accessing education, healthcare, voting, banking, housing, and other family benefits, the press release noted. ID2020’s goal is to create a secure, established digital ID system for all citizens worldwide.” (Tech Republic-6/20/20)[viii]

These headlines are just a few that are included in my latest book entitled, The FINAL Prophecies: The Prophecies of the Last 3 ½ Years of the Tribulation. This is book four in the end time series of the NOW, NEXT and LAST Prophecies.

In The FINAL Prophecies book, I provide three chapters about this third telltale, the Mark of the Beast. The chapters are entitled,

Chapter 12: Introducing the Mark of the Beast

Chapter 13: The Mark of the Beast and the Global Economy of the Antichrist

Chapter 14: The Mark of the Beast and the Global Religion of the Antichrist

Chapter 13 and part of 14 are now available for you to read online as a sneak preview to the book and accompanying teaching DVD. Here is an additional quote from the chapters made available online, that is intended to pique your interest.

“Is there a supernatural component integrated within the Mark? – It does appear possible that there are more than temporal perks presented to the recipient of the Mark. What if the Mark promises a disease free, longer and abundant life that might even include some supernatural strengths and psychic powers?”

CLICK HERE to read these Mark of the Beast chapters for free online.

WATCH THE FINAL PROPHECIES TRAILER BELOW.

[i] Politico quote taken from this weblink: https://www.politico.com/news/magazine/2020/04/17/coronavirus-cash-economy-cashless-paper-money-business-190405

[iii] Cointelegraph headline taken on 8/19/20 from this web link: https://cointelegraph.com/news/mastercard-and-visa-are-making-bold-moves-toward-mass-crypto-adoption

[v] CryptoNews headline taken on 5/2/20 from this weblink: https://www.crypto-news.net/germany-is-considering-the-advantages-of-launching-a-digital-euro/

[vii] VB quote was written by Dakota Gruener, who is the executive director of ID2020, and was taken from this weblink: https://venturebeat.com/2017/06/21/why-every-person-on-the-planet-will-need-a-digital-id/