Did Fallen Angels Father the Nephilim? 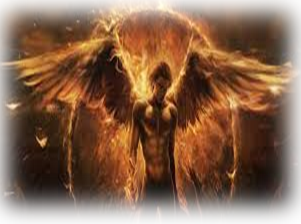 The Bible alludes to at least two groupings of fallen angels. Long ago, the first group voluntarily departed from heaven, but the second group will have to be forcibly evicted. The future deportation of the second group results from a war in heaven between Michael the archangel and Satan. This event is prophesied about in Revelation 12:7-12. However, this article is about the first group.

“And the (first batch of fallen) angels who (in the days of Noah) did not keep their proper domain, but (voluntarily) left their own (heavenly) abode, He has reserved in everlasting chains under darkness for the judgment of the great day.” (Jude 1:6, NKJV; emphasis added)

This verse involves the past, present and future tenses. In the past a group of fallen angels left their own habitation in heaven and performed some heinous acts deserved of divine judgment. They are presently incarcerated awaiting their future “judgment of the great day.” In other words, these angels unwisely packed up, left heaven and relocated.

Since angels presently, whether good or bad, can travel back and forth between heaven and earth, as evidenced in Job 1:7 and 2:2, Daniel 10:10-13 and Matthew 28:2, the departure of this first batch of bad angels seems to have been intended as a permanent move. Apparently, they sought greener pastures in a hemisphere of opportunity elsewhere. This was not a vacation, rather it was a rebellion.

So what was the nature of this rebellion? What unforgivable crime was committed that caused God to bind these angels with “everlasting chains under darkness?”

Was it simply because they rebelled? That in itself doesn’t seem significant enough to warrant such a harsh treatment. After all, the angelic evil ring-leader Satan himself, still remains unbound. Also, a just God would be hard pressed to force intelligent beings to involuntarily worship and obey Him.

Is it because they not only rebelled, but also took the next step and departed from their heavenly estates that presumably God provided them? This is a double whammy in that God would likely be disheartened in their rebellion and disappointed at their departure, but how can a father force an unruly child or a landlord an unhappy tenant to live somewhere against their will? 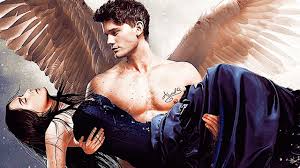 No, it must be something they did after they rebelled and departed. It seems that these angels apparently confederated together in a campaign to corrupt the Seed of the woman, through which would come the Messiah as per Genesis 3:15. The intended goal was the alteration of female genetics in order to prevent the coming of the Messiah in pure human form.

“And I (God) will put enmity Between you (Satan) and the woman, And between your seed and (some future) her Seed; (the Messiah) He shall bruise your head, And you shall bruise His heel.” (Genesis 3:15, NKJV: emphasis added)

When Satan became privy in the passage above to this advanced prophetic information, it seems likely that he mustered up some of his fallen angel forces to relocate to the earth to have intercourse with women so that the world’s population would evolve into some sort of hybrid species. Not knowing specifically what woman would bare the messianic Seed, Satan had to contaminate the entire female gender.

“The Nephilim were on the earth at that time (and also immediately afterward), when those divine (fallen angelic) beings were having sexual relations with those human women, who gave birth to children for them. These, (their Nephilim) children, became the heroes and legendary figures of ancient times.” (Genesis 6:4, ISV; emphasis added)

The result of the union between the angelic and human species resulted in the creation of unnatural giant evil beings called the Nephilim.

“Now it came to pass, when men began to multiply on the face of the earth, and daughters were born to them, that the (fallen angel) sons of God saw the (human) daughters of men, that they were beautiful; and they took wives for themselves of all whom they chose.” (Genesis 6:1-2, NKJV; emphasis added) 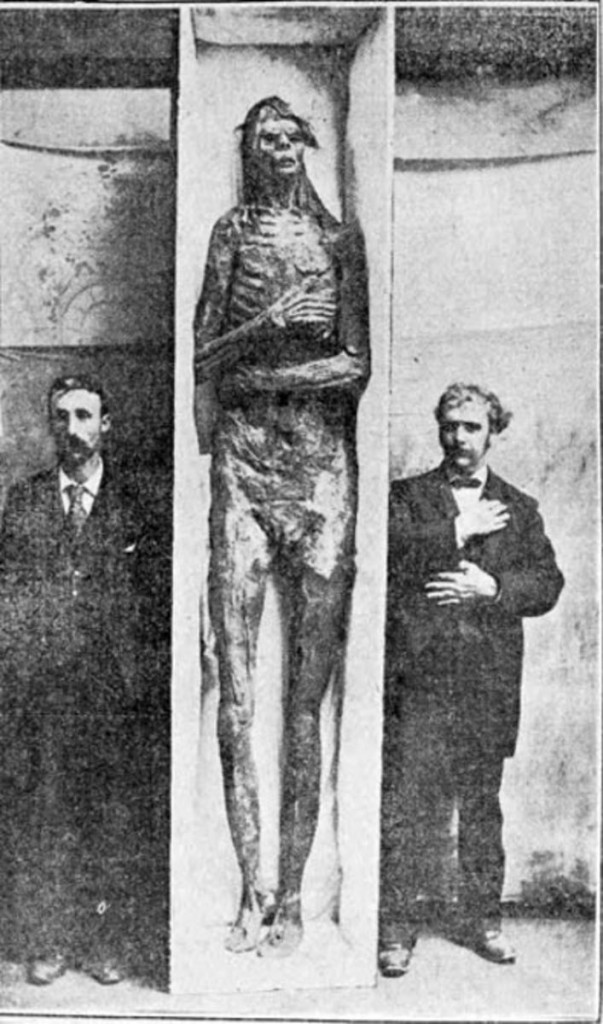 These rebellious angels, who according to Psalm 8:5 are a higher order of intelligent beings, found the women of earth to be beautiful. They married and mated and spawned a breed of giants, that were heroes and legendary figures. Some translations referred to them as the “men of renown.” These were clearly not humans, but an amalgamation between angels and humans. In other words these angels created a new species, which God never intended to exist.

According to Genesis 6:5-7, this satanic campaign was working. Wickedness was spreading like a plague throughout the earth as every intent of thought and heart was continually evil. Fortunately, according to Genesis 6:8-9, Noah somehow managed to keep his family’s DNA preserved and as such he found grace in the eyes of the Lord.

According to the apostle Peter, these fallen angels knowingly sinned. Through the acts of marrying and mating with human women, they willfully crossed the forbidden boundaries of creation established by God. Below is a short biblical recap of the origin of all creation.

“In the beginning God created the heavens and the earth.” (Genesis 1:1, NKJV)

“So God created man in His own image; in the image of God He created him; male and female He created them.” (Gen. 1:27)

“For by Him all things were created that are in heaven, (which is the proper habitation of all angels), and that are on earth, (which is the proper habitation of humans), visible and invisible, whether thrones or dominions or principalities or powers. All things were created through Him and for Him.” (Colossians 1:16, NKJV; emphasis added)

“Then God saw everything that He had made, and indeed it was very good.” (Genesis 1:31a)

God made humans in His own image and said, “indeed it was very good.” Therefore, altering the DNA of humans, well, it could be safely stated that… “indeed it was very bad.” It was a sin that could not be overlooked and deserving of the harshest judgment.

“For if God did not spare the angels who sinned, but cast them down to hell (Tartarus) and delivered them into chains of darkness, to be reserved for judgment; and did not spare the ancient world, but saved Noah, one of eight people, a preacher of righteousness, bringing in the flood on the world of the ungodly.” (2 Peter 2:4-5, NKJV; emphasis added)

The flood destroyed the “ungodly,” which included the Nephilim and their fallen angelic fathers who had departed from heaven to make the earth their home. The New Living Translation below points out that these angels were not spared for sinning and are being held until the day of judgment. It also informs that the flood protected Noah who had kept his human DNA intact.

“For God did not spare even the (first batch of fallen) angels who sinned. He threw them into hell, in gloomy pits of darkness, where they are being held until the day of judgment.  And God did not spare the ancient world—except for Noah and the seven others in his family. Noah warned the world of God’s righteous judgment. So God protected Noah when he destroyed the world of ungodly people with a vast flood.” (2 Peter 2:4-5, NLT; emphasis added)

Genesis 6:9 informs that Noah was a just man, perfect in his generations. Some translations say Noah was righteous and blameless. The context and language in the verse suggests that Noah’s DNA was unblemished. In other words, Noah descended from a pure pedigree whose family tree was considered blameless. 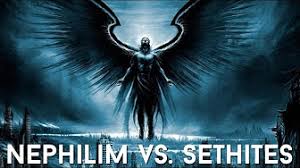 Some argue that the sons of God, were not fallen angels, but hold to what’s commonly called, the “Sethite” view. Below are a couple of quotes about this view and it’s fatal flaw from the book entitled, Alien Encounters: The Secret Behind the UFO Phenomenon by Chuck Missler and Mark Eastman. This quote is taken from the Appendix entitled, The “Sethite” View.

“Many students of the Bible have been taught that the passage in Genesis 6 refers to a failure to keep the “faithful” lines of Seth separate from the “worldly” line of Cain. The idea has been advanced that after Cain killed Abel, the line of Seth remained separate and faithful, but the line of Cain turned ungodly and rebellious. The “sons of God” are deemed to refer to leadership in the line of Seth, and the “daughters of men” are deemed restricted to the line of Cain. The resulting marriages blurred an inferred separation between them. (Why the resulting offspring are called “Nephilim” remains without any clear explanation)…The fatal flaw in the specious “Sethite” view is the emergence of the Nephilim as a result of the unions. (Bending the translations to “giants” does not resolve the difficulties). It is the offspring of these peculiar unions in Genesis 6:4 which is cited as a primary cause for the Great Flood… Procreation of parents from differing religious view does not produce unnatural offspring… It was this unnatural procreation and the resulting abnormal creatures that were designated as principal reason for the judgment of the Flood… The very absence of such adulteration of the human genealogy in Noah’s case is also documented in Genesis 6:9: Noah’s family tree was distinctly unblemished.”[i]

No matter what view you hold on this epic historical period in ancient times, hopefully this article will cause you to take a deeper look at what the world will look like when Jesus Christ returns. Jesus stated the following:

Is Jesus simply suggesting that when He returns that it will be business as usual on the earth or is He reminding us of how wicked the world was in the days of Noah? Eat, drink and be merry, or beware, be wise and be prepared for another satanically inspired campaign to overtake the earth to prevent His return. Remember that according to Revelation 12 and elsewhere there is a second crop of fallen angels waiting in the wings to do more of the Devil’s dirty work.

I personally believe that Satan and his first batch of fallen angels put together a brilliant plan to corrupt the human genome in an attempt to prevent the coming of the Seed of the woman. The creation of the Nephilim evidenced that the seeds of women had been successfully corrupted. Satan’s campaign was just one last man standing away from achieving its goal. But standing in the gap was a preacher man named Noah who found grace in the eyes of the Lord.

It is the same grace that spared Noah and his family and preserved the human race that saves people today.

“For by grace you have been saved through faith, and that not of yourselves; it is the gift of God,  not of works, lest anyone should boast.” (Ephesians 2:8-9, NKJV)

GRACE: God’s Riches At Christ’s Expense. The Seed of the woman came, died for our sins, was buried and on the third day; He rose from the grave!

[i] This Alien Encounters quote was taken from the Appendix entitled, The “Sethite” View.