America 2021, the Nineveh or Jerusalem Principle? 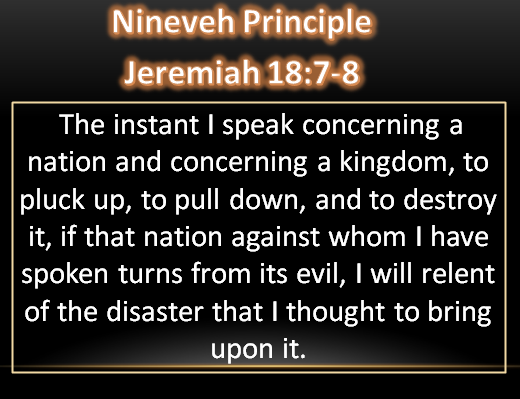 In 2021 will America have a Nineveh moment or is it presently operating under the Jerusalem Principle?

The prophet Jeremiah explained the two guiding principles of God when it comes to the fates of nations. I call them the Nineveh Principle and the Jerusalem Principle.

The Nineveh Principle had already had historic precedent by the time that Jeremiah wrote about it. Around 760 BC, the prophet Jonah entered the Assyrian city and warned of its impending judgment. This led to a national repentance and as a result, the LORD relented from destroying the city.

On the flip side of the coin, Jeremiah was dealing with the wicked people in his generation. At the time of his prophetic ministry (626-586 BC), the Southern Kingdom of Judah had clearly said goodbye to God. It had gotten so bad in Judah that the Lord told Jeremiah three times do not pray for this people. 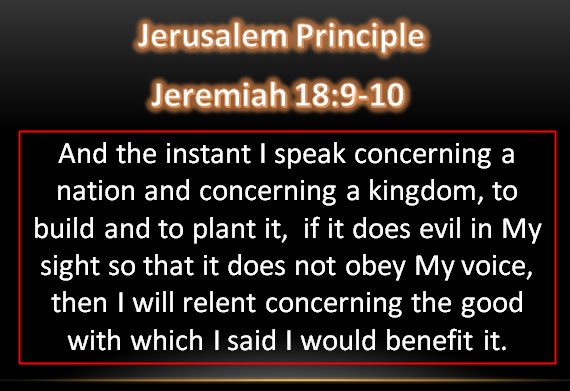 “Therefore do not pray for this people, nor lift up a cry or prayer for them, nor make intercession to Me; for I will not hear you. Do you not see what they do in the cities of Judah and in the streets of Jerusalem?” (Jer. 7:16)

“So do not pray for this people, or lift up a cry or prayer for them; for I will not hear them in the time that they cry out to Me because of their trouble.” (Jer. 11:14)

“Then the LORD said to me, “Do not pray for this people, for their good. When they fast, I will not hear their cry; and when they offer burnt offering and grain offering, I will not accept them. But I will consume them by the sword, by the famine, and by the pestilence.”” (Jer. 14:11-12)

After receiving his instructions to quit praying for the people of Judah, he issued the Jerusalem Principle and then forewarned them of their impending judgment. Shortly thereafter, Judah was conquered and the people were captured and transported into Babylonian captivity where they remained for seventy years. Judah sat desolate during that entire period.

But why did the Lord turn a deaf ear upon the prayers coming out of Judah? Below is a summary of Jeremiah 19:4-9, which deals with the Indictment and Verdict of Judah.

The INDICTMENT of JUDAH (Jeremiah 19:4-5)
• The people forsook the Lord and alienated Him from Judah.
• They worshipped false gods instead.
• They sacrificed the innocent blood of their children to the false god Baal.
• Child sacrifice appalled the Lord.

The VERDICT of JUDAH (Jeremiah 19:6-9)
A judgment in the form of a slaughter would come as sequenced below.
• The counselors of Judah would provide foolish counsel.
• The people of Judah would be killed by the swords of their enemies.
• Their corpses would be eaten by the vultures and carnivorous animals.
• The land would be desolated and contaminated with plagues.
• The survivors would become cannibals in order to survive.
• They would even eat their own sons and daughters due to their despair.

In 2021, should Americans find hope in Jeremiah 18:7-8, with the story of Nineveh at the time of Jonah, or feel despair in the story of Jeremiah 18:9-10, which describes Jerusalem at the time of the Babylonian conquests? To determine the answer, I invite you to watch my teaching video entitled, “Why America Will Fall From Superpower Status.”

CLICK HERE TO READ THE RELATED ARTICLE ENTITLED, THE BIBLICAL INDICTMENT OF AMERICA. 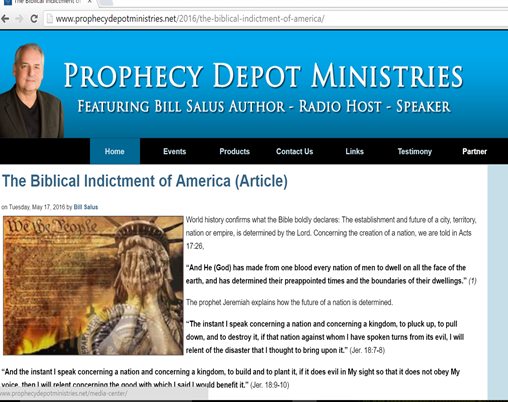