Lining bookstore shelves today are numerous books foretelling the coming invasion of Israel, by a nuclear equipped Russian – Iranian led coalition. Relations between Russia and Iran have never been stronger, causing the serious spectator to wonder if this assault is about to happen. Prescribed in Ezekiel 38 and 39, is Israel’s survival, and the confederacy’s demise. 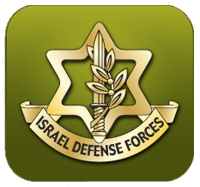 Turning back a Bible page to Ezekiel 37:10, we were told that Israel would someday produce an “exceedingly great army”. This army, the Israeli Defense Forces (I.D.F.) exists today. Although it would appear this army has emerged to engage in the coming Russian – Iranian led conflict, I.D.F. participation in the battle is minimal. Instead, as per Ezekiel 39:3-6, divine events collapse this coalition. Justifiably this beckons the question; what future military event earns the I.D.F. “exceedingly great” esteem?

Clues deposited in Ezekiel 37:1-9 help us to discover what necessitated the existence of the I.D.F. These passages inform us that about 2600 years ago the Hebrew prophet was fast-forwarded in time to the 1940’s, whereby he envisioned the holocaust. He saw a valley full of dry bones, which represented the Jewish people in a horrifically grave condition. He was asked, “can these bones live”, or simply put, can the Jewish race survive? Not only will they survive, he was told, but they would be restored to their ancient homeland of Israel, and emerge into an “exceedingly great army”.

By alluding to this army, he causes humanity to ponder its purpose. Why would the surviving Jews need graduate from refugees to soldiers? Amazingly, we see that one failed Arab war upon another has caused the creation of the I.D.F. The enemies of Israel have quickly learned that Ezekiel’s “dry bones” can fight!

By strategically inserting the prophecy of Psalm 83 somewhere between the events of Ezekiel 37:1-13 and Ezekiel 38, we come to recognize the primary purpose of Ezekiel’s emerging army. Psalm 83 tells us that the Arabs are going to follow on the heels of the Germans with a genocidal attempt of their own. This Psalm foretells the future development of a predominately Arab confederacy that will soon seek to destroy the Jewish state and erase the name of Israel from the map forever.

Although the Israeli Defense Forces do not play a major role in Ezekiel 38 and 39, they will face off with an Arab confederacy, comprised of Syrians, Saudis, Palestinians, Jordanians, Egyptians, Lebanese, and their associated terrorist entities, like the Hezbollah and Hamas. Coincidentally these populations are not listed in the Russian – Iranian coalition of Ezekiel 38. As a modern day map of the Middle East depicts, they have Israel surrounded. According to numerous scriptures, Israel will go ballistic and soundly defeat this confederacy. In victory the Jewish army achieves the title of becoming “exceedingly great”! 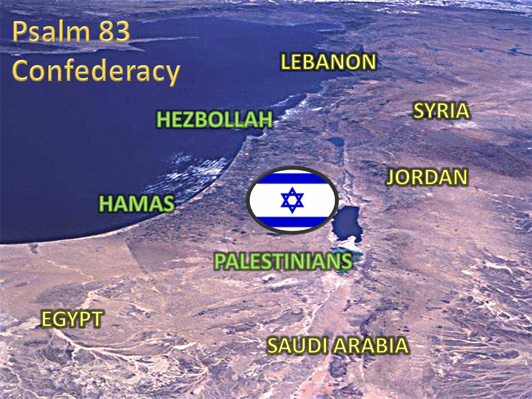 Greater detail can be obtained about the coming Arab – Israeli war in my new book ISRALESTINE – The Ancient Blueprints of the Future Middle East, available on our products page. Passages depicting the expansion of Israel, destruction of Damascus, surrender of Jordanian sovereignty, final fate of the Palestinians, and many other related events are detailed within the book.

Destiny designed the emergence of the I.D.F. to prevent the destruction of modern day Israel. Ezekiel foretold the arrival of these Israeli Defense Forces. Now the only thing that stands between Ezekiel’s dry bones army and its “exceedingly great” title, is the Israeli Conquest over the Psalm 83 Arab Confederacy.