For Such A Time As This: WorldNetDaily – The Palin Prayer 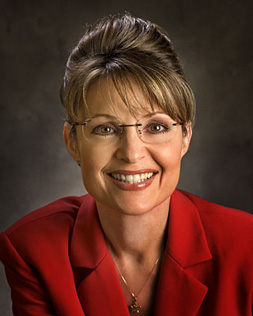 Who is this Wasilla Wonder that has recently captured the hearts of America? They say this former beauty queen has a pit bull personality, and can shoot and skin a 450-pound moose.

Her sudden rise to international political prowess has got Democrats scratching their heads, and media liberals searching for their shovels. Joseph Farah, founder of WorldNetDaily, confidently considers her presidential, and world-renowned bible prophecy scholar Dr. David Reagan of Lamb and Lion Ministries believes the Lord may have set His heavenly hand upon her.

Is this former “hockey mom”, with a family of five children, ready to handle the Queenly challenges that may soon fill her political plate? The possibility remains strong that John McCain could be the next president, making Sarah Palin the first ever, American female vice president.

Almost embarrassingly, Republicans recognize that their candidate McCain rapidly approaches the ripe old ashes-to-ashes, and dust-to-dust age, and as such, with bated breath both they and the Democrats ponder the Palin presidential possibilities.

Could it be that someday Sarah Palin could be the president of the United States? Is she, like the ancient Queen Esther, destined to be the matriarch of her people? As was the case with Esther is it the same with Sarah, has she been lifted up for such a time as this? (Esther 4:14)

Only time will tell, but in the soberness of reality the only thing standing in front of a Palin presidency is a nearby November election, and a subsequent breath-taking event.

This God fearing woman, that many voters believe is an answer to their prayers, has special needs. Her husband and average American family have been advanced into a modern day David meets Goliath scenario. This diamond in the rough appears wired to answer the gigantic call, and if she has been lifted up for such a turbulent time such as this, then bipartisan prayer is the call of this all-important hour. 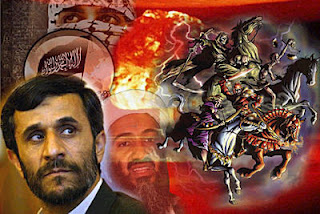 All considered, there has never ever been a time such as this. With this understanding, American Christians have again lately been quoting 2nd Chronicles 7:14 which reads,

“If My people who are called by My name will humble themselves, and pray and seek My face, and turn from their wicked ways, then I will hear from heaven, and will forgive their sin and heal their land.” (NKJV)

Even though this is an Old Testament passage referring to the Hebrew descendants of Abraham, Isaac, and Jacob, the patriarchs of the Jewish people today, many Christians believe this scriptural shoe fits for them and their country as well.

In what some consider the most important election year in our nation’s history, many voters have become apathetic to the election process. They believe that this go-round it is not about the best man for the job; rather it is a choice between the lesser of two evils.

When Barrack Obama decided upon Senator Biden as his running mate, the politics as usual sigh went out across the land, but when America woke up to the invigorating news that Sarah Palin was on the Republican ticket, emails began flowing, phones began ringing, and Christians began rejoicing the resounding voice of one nation under God with liberty and justice for all.

Read the entire article and prayer now at WorldNetDaily